Think of Wales and you invariably think of the dragon, the red dragon. Yet Wales is not alone in this. Many other cultures or people have also taken and embraced the dragon symbol, an emblem that has featured quite prominently in numerous ancient mythologies and folklores. 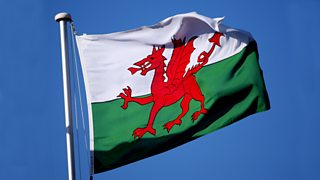 The Chinese have their long, snake-like dragon, an imperial version of the beast having no fewer than five claws, while the Indians have a dragon that is often shown hooded, like a cobra.

The dragon also features in Catalan legends - a serpent-like creature with two legs and a pair of wings, and English folktales have creatures that are sometimes known as wyverns.

The Romans were a superstitious people and each of their legions, in particular their cavalry units, marched behind a dragon. These dragons were given the name draco and were meant to bring luck and good fortune in battle. Usually made of cloth, mounted on a staff or pole, the draco would fill with air when the regiment charged, streaming out behind the standard bearer in a clear message to the enemy.

King Arthur - the real Arthur, the Romano-British war leader rather than the sentimental Victorian version of the man - used the draco in his battles against the Saxon invaders. This could well have been the beginnings of the Welsh allegiance to the dragon.

Arthur had clear Welsh connections and it is in Wales that the image of the red dragon has become particularly powerful - perhaps meaningful might be a better description.

The first recorded British use of the red dragon, or y Ddraig Goch, came in the Historia Brittonum, written in approximately 828-830 AD. The poem, which was more a piece of propaganda than actual history, tells the story of a battle between a red dragon, representing the Celts or Britons, and a white dragon which stood for the Saxons.

The struggle supposedly took place at the modern-day village of Beddgelert where the Celtic king Vortigern was attempting to build a fortress to stand against the Saxon hordes. The battle was long and arduous and although, at first, the white dragon seemed to be victorious, eventually y Ddraig Goch triumphed. Final victory, it seemed, was to go to the Celts.

The tale was re-told several times. Geoffrey of Monmouth included it as one of the prophecies of Merlin and it also appeared in The Mabinogion, where Arthur was said to have taken the outline of a dragon for his crest or emblem. It was an idea taken up by several Welsh Princes and leaders, men such as Llywelyn ap Iorwerth and Jasper Tudor.

The dragon used by these princes was not always red. Owain Glyndwr knew the value of the dragon emblem, but his dragon, which was displayed on the flags and banners which he took into battle, was actually golden.

Sometimes the dragon appeared on the opposite side to the Welsh. Henry III, in his campaigns in Wales, proudly displayed a flag that bore the dragon emblem.

During the Wars of the Roses, that cataclysmic series of brutal battles and political unrest that dominated much of the 15th century, the Yorkist faction, with a line of descent that came from the Princes of Gwynedd, claimed to represent the red dragon. Henry VI and the Lancastrians stood for the white.

When Henry Tudor won the Battle of Bosworth Field in 1485 he not only took the crown but united the two warring royal houses. Tracing his rather shaky claim to power to Cadwaladr ap Cadwallon, the last king of the Britons, he constantly displayed the red dragon on his flags and even went so far as to present a standard bearing the image of the red dragon of Cadwaladr to the cathedral at St Paul's in London.

Since then the red dragon has been used in a variety of ways and for a whole range of reasons, many of them patriotic, many with a rather more financial or economic purpose. It features heavily in any rugby international and regularly appears on items such as flags, crested china and tea towels – and even stands proudly on the battlefield as a memorial to the Welsh division that attacked Mametz Wood in 1916 during the Battle of the Somme.

Y Ddraig Goch remains one of the most potent and powerful of symbols. It has its origins in history but still has the ability to set the hearts of all Welsh men and women racing. It is the symbol of the nation.

The British Home Children of Wales