Of all the many Welsh men and women to have undoubtedly influenced the course of British life over the centuries, none is more mysterious than John Dee. 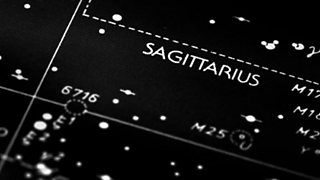 A mathematician and teacher of navigation, an astrologer and astronomer, an alchemist and, by all accounts, a magician too, John Dee occupies that mysterious middle ground between science and folklore.

He sits, a fascinating figure, somewhere between the canting spells of Macbeth's witches and the wonderful discoveries made during the 16th century's voyages of exploration.

Born in London on 13 July 1527, both of Dee's parents were Welsh - the family name derives from the Welsh word du, meaning black - but, as with many ambitious young men, from an early age his eyes were set on London and the court.

Educated at St John's College, Cambridge, he was later a Founding Fellow at Trinity College and quickly became renowned in the fields of mathematics and navigation.

While still in his twenties Dee was invited to lecture on algebra at the University in Paris and, as a young man, he traveled widely on the continent.

Perhaps it was this period of travel, combined with his love of mathematics, that led him to the art of navigation.

As his reputation grew, many of the sea rovers and explorers, men who were beginning to carve out new territories and lands for Elizabeth and England, came to him for advice and instruction.

Dee had a practical side to his nature and as well as being the first person to apply Euclidian geometry to navigation, he also contrived to build many of the instruments the early navigators needed on their journeys.

There are those who believe John Dee was also the first man to use the term 'British Empire.' He certainly had a vision and a dream of creating a standing British navy and of establishing a realm of interest and power for Britain - England would probably be a more accurate word - that stretched right across the Atlantic Ocean to the New World.

John Dee continued to travel widely for most of his life. From 1553 to 1559 he roamed central Europe and later journeyed to Hungary to present the Holy Roman Emperor with a copy of his book Hones Hieroglyphia.

His life was not without troubles, however. In 1555 he was charged with 'calculating' - casting horoscopes for both Queen Mary and for Princess Elizabeth. This charge was quickly increased to one of treason and for a while his life was in serious jeopardy.

He appeared before the Court of Star Chamber but, with some brilliance, he managed to exonerate himself. Despite this he was, thereafter, subjected to regular abuse and accusation - powered, undoubtedly, by fear and jealousy - and, as a result, he developed a lifelong penchant for secrecy.

When Princess Elizabeth became Queen Elizabeth she offered Dee a considerable amount of patronage. Quite apart from his skill in navigation, the queen believed in his magical powers and consulted him on a regular basis.

He chose her coronation date and even cast a spell on the Spanish Armada in 1588 - presumably the Queen was suitably grateful. He continued to advise both her and her influential ministers including Walsingham and Cecil.

Always hovering, perhaps uneasily, in the area between science and magic - a phenomenon of the age as much as anything else - John Dee spent the last 20 or 30 years of his life trying to communicate with angels.

What he was doing was, in fact, searching for divine forms. He believed in them implicitly - along with many other men and women of his age - and he was even to claim that angels had dictated several of his books.

In 1595 Queen Elizabeth appointed Dee to the position of Warden of Christ's Hospital College in Manchester. It was almost the last act of patronage before Elizabeth died a few years later.

Her successor, James I, had little or no time for magic or superstition and Dee declined in influence from that point onwards. He spent the final years of his life in poverty, dying in either 1608 or 1609 - the date is unclear.

He was buried in Mortlake but his gravestone has since disappeared and it is not possible to verify the exact date of his death. He was 82 years old, a considerable age for the 16th and 17th centuries.

John Dee was married twice and had eight children. He was a writer of considerable skill but, despite his interest in magic and his influence over the Queen, it is as a mathematician and teacher of navigation that his legacy really lies - yet another remarkable Welshman who influenced a whole generation.