The Art Of Germany

Well, that was John Ruskin's theory, and I'd go along with it.

I hope our new series, The Art Of Germany, lives up to Ruskin's proposition and tells the extraordinary tale of this often deeply divided nation through its art. It's an epic journey.

From the primeval forests of Germania (as the Romans christened the place) to the Renaissance world of Durer, Altdorfer and Grunewald (what a painter of blood, sweat and tears he was!) to the Romantic castles of Bavaria and on into the deep, deep darkness of Munich and Berlin under the Nazis - ending with the art of the last 50 years, which in a very affecting, powerful way has all been about remembering, atoning, regenerating.

At times, when we were making these shows, I felt really weighed down by the almost unremittingly tragic patterns of German history.

Watching the programmes back, compared say with The Art Of Spain or The Art Of Russia, I was really struck by their relative solemnity and slowness of pace, which wasn't something we consciously set out to aim for.

It's just a question, I think, of form mirroring content. But I hope the experience of watching them is hopeful, at times even uplifting, rather than purely melancholic!

The actual art of Germany was so often created to lighten the gloom or to heal the wounds of the past.

So there's this constant seesawing in the series, between bleakness and hope, a kind of fight between grim political realities and art's ability to raise people up, to take them somewhere else.

And my goodness the art of Germany is wonderful.

I honestly believe that to many people in Britain it will be like travelling to an undiscovered country, full of barely known treasures. 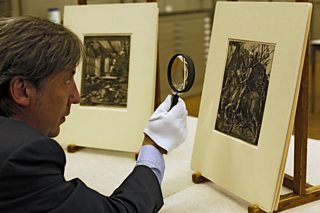 Maybe I am wrong, but how many people watching at home will already be aware of the great limewood carvings of Tilman Riemenschneider (the greatest artist who ever set out to carve a piece of wood), the seething landscapes of Altdorfer, the bruised, mystical, almost empty world of Caspar David Friedrich, the solemn, strong, powerful photography of August Sander, the scabrous caricatures of Otto Dix, the genius of moderns such as Baselitz and Beuys?

I could go on and on, but I really am curious to know whether all this stuff will be as unfamiliar (or at least surprising) to the audience as I suspect it may be.

Most unfamiliar of all, I suspect, will be the material we cover in episode three, which is both the blackest and the most hopeful show of all.

In it, I attempt to demonstrate how the whole Nazi project was driven by a twisted sense of aesthetic priorities - to show how Hitler really did begin with art and architecture, poisoning culture as a dry run for his poisoning of Germany itself.

For me, it's the most surprising and revelatory of the stories we tell, but again, I am only guessing about its impact and I would be very interested to know what viewers make of that particular programme.

I think it'll be genuinely new and really shocking to many people. And I think it's an important piece of TV in its own way, because the opportunity to change people's ideas about a huge part of our shared history just doesn't come along that often.

But I'll just have to wait and see what everyone else makes of it...

The Art Of Germany follows The Art Of Spain and The Art Of Russia, with more to come, energy levels permitting! Which countries would you like to see more Art Of... from? Suggestions below please (no promises we'll make them into TV).

They are definitely as knackering as they are fascinating to make, what with six weeks on the road each time - and no, it's most definitely not five star luxury. I've got the photos to prove it.

But the truth is I've really loved doing the Art Of... sequence. 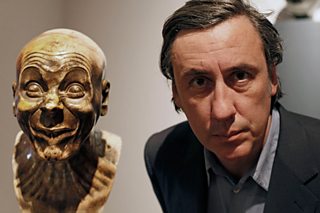 I think of it as a rolling 'series of series' not just about art and culture but cumulatively, a part-by-part history of the whole western world. A kind of alternative remake of Kenneth Clark's Civilisation, done by stealth!

And of course Kenneth Clark never talked about the art of Spain, or indeed the art of Russia. I guess he must have thought they weren't entirely civilised places.

But then that's a very important part of the point of these programmes, to broaden the story of 'civilisation' and the story of art, away from the usual suspects and show people how much else there is to explore in the cultures of other less explored countries.

On that note, I suspect there's been a certain British reluctance to engage with German culture - with the obvious exception of German music - over the last generation or two, and I wonder if all the bitter memories of war have played a part in that.

As far as I know this is the first overview of the German art tradition made for British TV, so I just hope everyone watching gets something out of it (even Basil Fawlty!).

Andrew Graham-Dixon is presenter of The Art Of Germany, part of BBC Four's Germany season.

The Art Of Germany continues on BBC Four and BBC HD at 9pm on Mondays.

Watch a sneak preview of the BBC's Christmas shows

Macbeth with Sir Patrick Stewart: The Scottish play from stage to TV