Spitfire Women is a documentary that tells the story of the female pilots who transported aeroplanes for the RAF as part of the Air Transport Auxiliary (ATA).

Eighty-nine-year-old Margaret Frost was one of the one hundred and sixty-eight women in the ATA and features in the programme. She spoke to the BBC TV blog about her part in the Battle of Britain. 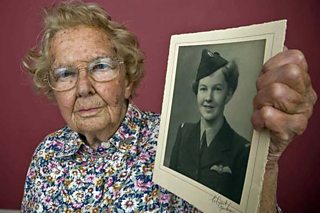 How did you come to join the ATA?

Well, I was taken up with aeroplanes at the age of 10, as I watched my mother go up at Shoreham in the old days when it was just a tiny field. She wouldn't let me go up and I was very cross. You know how children are, I wailed on. I think I was eventually allowed to go up in a cabin by myself when I was about 11.

I was bitten by it and I spent all my time saving up my money to buy goggles and helmets. It was always very expensive to fly. But then the war was coming and the government realised how serious it was and we hadn't got enough fighter pilots. So what turned out to be the nucleus of ATA was a group of men who got the government to fund a scheme where flying clubs let everyone fly at half price. And then people like me were able to afford it - just.

It was called the Civil Air Guard and several of our people came from there. It was really to train men to fly in the RAF. They took women as well, but I was underage and there was a long waiting list. I eventually got in during April of 1939, only a few months before the war.

I managed to go solo and get an A licence. It's a tremendous business to get an A licence nowadays but then you just had to get up to 2,000 feet, close the throttle and do a dead stick landing, and that wasn't very difficult.

It was a dangerous occupation and the film highlights this. Did you have any near misses?

I was very lucky actually. I keep thinking about other people. I had aircraft which held together, put it that way. But we had this accident report which came round and I was always horrified by the ghastly things that happened to some people and the wonderful things they'd done to retrieve the situation. Everyone was highly commended and I kept thinking 'Would I have thought of doing that?'

I expect I had scary times. With the weather I must have done when it got hazy. That was horrible, flying in haze.

We had limits on the hours we could fly but I don't think anybody stuck by them. You just flew until you couldn't fly any more. Most of the aircraft were priority so you were allowed to be over the limit if you thought you could manage. I think all of us just stooged on.

Were you surprised at how much interest the press showed in the female members of the ATA?

Of course. I always feel that this doesn't mention the men. They were the ones who started the thing, and we joined about six months later. There were 640 men and we try terribly hard to get them involved but nobody wants to know.

And some of them were heavily disabled. There were two who had one eye and one arm and flew, and there were one or two with one leg. But we never talked about this in the ATA. It's something that happened and that was the end of it.

We got this special badge from Downing Street, and it was only the women who were going to get it. I happened to know Giles Whittell, who wrote the Spitfire book. So I said, "You can't do this, where are all the men?" There had to be the men as well. And all the ground staff.

It's just like the services - if you get given a medal, everybody has it because they've all contributed in some way or another. Anyway, that went through fortunately, so everybody got one.

I wonder what the original people would have thought, because they didn't want a fuss made. On the other hand I think they would have been glad that there was some recognition because it turns out that what we did was very useful. Absolutely essential, actually. 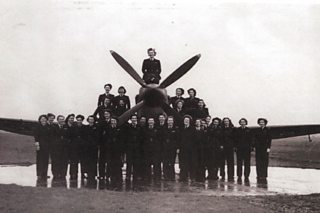 When you look back on it, the achievements of the ATA, and then look at today, female pilots still aren't that common...

Well, there are probably a lot more than you'd think. They blossomed after the war. Jackie Moggridge, who was one of ours, got second and then I think first pilot of an airline.

And of course the air force is full of them now. Nobody thought of it as a war, if you see what I mean. It was enough to have got in the plane and be ferrying things. You didn't think of actual fighting.

It was supposed to be the first case where women were paid the same. I think a lot of it has come on since then.

When you go near planes now do you get those memories of joy of being up in the air again?

I don't, I'm afraid. I don't really want to be flown - it's a bit like being driven, you know. I remember, I hadn't been in airliners very much, and we were coming down from Prestwick. I was sitting there and we were coming into Heathrow. There wasn't much wind and the pilot was trying to get the speed down a bit, and my right arm shot forward, to the amazement of the passenger next to me.

Well, he was a bit slow in getting the throttle open a bit and you get what is called an air pocket, but it isn't really, it's because you've lost speed, you know. I anticipated it automatically.

Spitfire Women is available to watch in BBC iPlayer until Sunday, 9 August 2015 at 10.30pm.

It was first broadcast on BBC Four on Saturday, 18 September 2010 at 8pm, as part of the BBC's Battle of Britain season.

Gary Andrews is the Assistant Content Producer on the BBC TV blog.

Playing my own dad in The Road To Coronation Street