1. Filming can be really intensive

Being a lead in something means to fully commit yourself - just get up every morning and that’s all you’re doing all day, for six months and your head’s in it all the time. I quite like that. It’s nice to feel exhausted by it and I think I work better in those situations. You just don’t have time to think about anything else and you’re away from friends and family. It’s like a travelling circus! You’re on location and in new spots every day: at the side of a cliff one day or we’ve transformed Corsham into a market place another day and all you have is your cast and your crew. 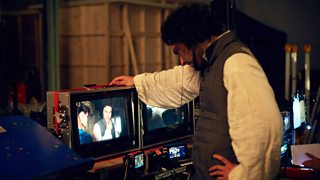 2. You have to make sure you’re fit for the job

It’s prime time and BBC. I have a responsibility to show up every day, to try to not get sick and not get injured. I mean the very first scene on my very first day I was galloping on a horse – amazing but if I come off that horse and slip a disc, or if I roll an ankle playing football that’s going to shut down production. Are they going to hang on for me or are they going to recast? I think they’re going to recast! So I hold on for dear life and grab the reins! 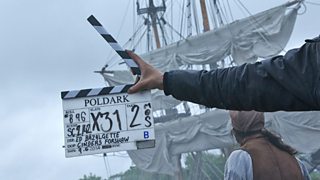 3. And you end up learning about the most unlikely subjects

After filming Poldark, I now know quite a lot about mining - maybe too much about tin mines, actually. Obviously it’s a huge part of what my character, Ross does and a huge part of the show. It’s not boring, I was really into it. I bought a lot of books on Cornish tin mining. I went down a couple just to see what they were like, just to get that feeling and it’s exactly what you’d think: completely claustrophobic and dark and dangerous and everything. They smell like wet granite, it almost smells cold. And then of course when the lights go out it’s just the darkest dark you’ll ever see. Back in the day that happened a lot, you’d have drips and flames go out and that’s it: you’re finding your way through darkness. So dangerous and so scary. 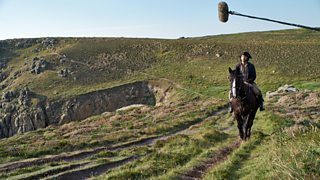 Every scene was great with the horse - he was my best friend. Seamus the Irish horse, I just loved his personality. When you get to know an animal like that you feel like you’re both doing the scene together because he’s delivering so much too. Horses are so sensitive,they just feel an energy from the crew so they know when we’re getting close to shooting. He would start getting a bit skittish and moving around because he just wants to go on his route again and do it. I mean 10 seconds before action is called is insane, you really have to try and distract him because he just knows. Then all you have to do is tap and he takes off and launches himself into it. 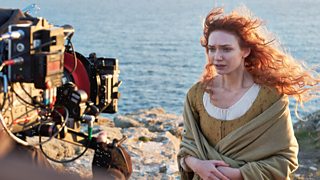 5. The right location makes all the difference

We had a private beach in St Ives… St Just. It’s stunning and we got the best summer ever! It felt like the South of France or Italy. There’s a great scene with the late Warren Clarke who played Charles Poldark where we’re just looking out at the sea. It just grounds you because it feels like the biggest set on the planet! These amazing, epic, terrifying cliffs everywhere and it feels real. It doesn’t feel like you’re acting in a costume drama, it just feels like everything is justified. The odd time you might think “this is a weird shot” but on location it just makes sense and brings a clarity to the whole production. It’s stunning, it really, really is.

Poldark starts on Sunday, 8 March at 9pm on BBC One and BBC One HD.

The Telegraph: It was time to play a normal human being
The Express: Robin Ellis returns to Poldark
BBC Writersroom: Q&A with Poldark screenwriter Debbie Horsfield

Five things to watch: Is the next Monet among us?