The Boy in the Dress: I was a bit nervous about working with Kate Moss

Actor Billy Kennedy, 13, stars in the BBC One adaptation of David Walliams' book The Boy in the Dress, as schoolboy Dennis, who develops an unconventional love for women’s fashion.

So what’s it like to work with such a star-studded cast? And what has he learned about its roster of famous faces, from James Buckley and Meera Syal to supermodel Kate Moss? 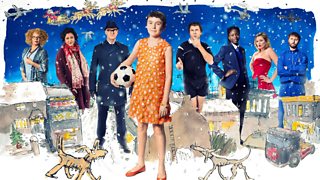 So a boy wears a dress to school... what's the worst that could happen?

I had seen Jennifer’s work before, as my mum is a fan of Absolutely Fabulous, and I had watched a couple of episodes with her. Jennifer was great to work with, and was very funny and kind. She was definitely the most motherly person in the cast, and even gave me some tips on how to keep serious when filming a funny scene.

Meera was really fun to work with, too and entertained us all singing Christmas songs off set.

I really got on well with Steve, who plays my dad in the show. The first day that I met him in the read-through he greeted me with a big hug. I found it easy to do the family scenes with him because I felt close to him already. 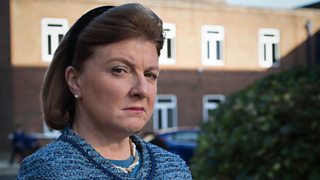 I had seen Felicity - who plays school secretary Miss Price - in the 2013 Alan Partridge film. She even looked the same which was a bit strange! The real Felicity was very smiley on set even though she plays a very stern character.

I hadn’t really seen Tim do much comedy acting before. I had only seen him in the film Johnny English Reborn, where he plays a goodie, but my mum and dad knew lots about him from things like Blackadder. So it wasn't weird for me seeing him play a serious character – I thought he was very convincing at playing Mr Hawthorn, the school’s headmaster. 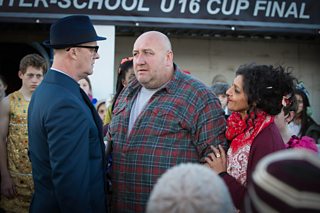 David, who wrote The Boy in the Dress, was always encouraging. I really enjoyed working with him. I know he does a lot of comedy acting and he plays a funny referee character in the film.

I was excited as well as a bit nervous about working with Kate Moss. But she was very nice and easy to talk to and I liked filming the scenes with her.

James Buckley is a real laugh

It was really hard to keep a straight face on set with James, who plays PE teacher Mr Norris. He was very funny delivering his lines! 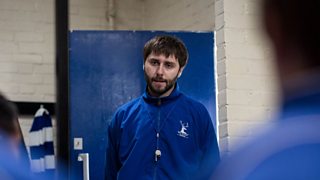 Temi Orelaja was fun in the dress scene

I think Temi – AKA Lisa - and I got on great. My favourite filming moment with her was when we were walking into the school with me in the dress to the music.

I got on really well with Aaron, who plays Dennis’ best friend Darvesh. We became good mates off set as well. We often shared a trailer so we had plenty of time together. I also had loads of banter with Oliver, who plays Dennis’ brother John. I think that helped us bond well as brothers in the film.

In my opinion the best football player in real life is Sonny, who plays football captain Gareth.

Billy Kennedy plays Dennis in The Boy in the Dress.

The Boy in the Dress is on Friday, 26 December at 6.55pm on BBC One and BBC One HD.  For further programme times please see the upcoming broadcasts page.

On Angel Wings: Telling the Christmas story in a different way

That Day We Sang: It began in my bedsit