Nigellissima: How we built the kitchen set

The essence of the new series Nigellissima is to show how easy it is to bring the spirit of Italy into the kitchen and onto the plate - using ingredients available in any English supermarket.

As the series producer it's my job to pull all six programmes together and deliver them on time and in budget.

This is only possible if you have a great team like I have with Nigella's camera crew and director, who have worked with her for many years.

One of the early decisions to be made is always where to film.

In a perfect world we would film Nigella Lawson in her own kitchen where she feels most at home cooking.

But this would be impossible to do safely considering all the camera and lighting kit that is involved. And that's before adding all the crew into the mix.

I'm not sure Nigella's family would be too keen to have 14 of us hanging around for 12 hours a day for a six week stretch.

The next best option was to recreate Nigella's kitchen in a studio.

Nigella would still feel confident cooking in a familiar kitchen layout and the camera and sound crew would have the control, space and flexibility they needed.

Once we'd found a suitable studio we had eight days to build a fully functioning kitchen and patio garden from scratch.

Day one was spent putting fake walls or 'flats' up to create our room within a room. 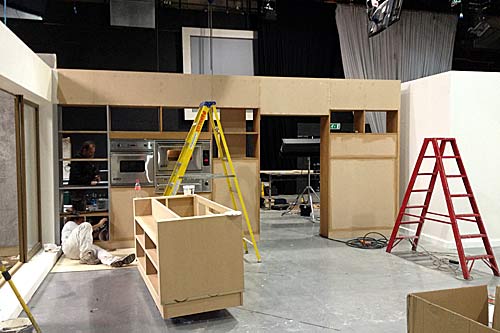 Our kitchen only has three walls - the cameras and monitors all sit where a normal fourth wall would. 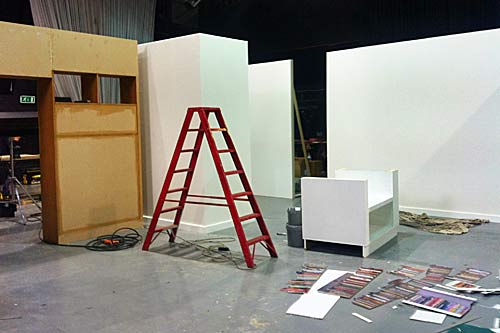 Just as in Nigella's own home we all wanted our set kitchen to have a large bookcase.

We needed this to be as light as possible so that we could physically move it safely when we needed to reposition the camera or lights.

Our design assistant Vicky came up with a fantastic idea and if you look closely at the pic above you'll see on the floor spines of books made of cardboard.

See below how they were mixed in with the other real books, most of which are Nigella's own. She's quite a reader. 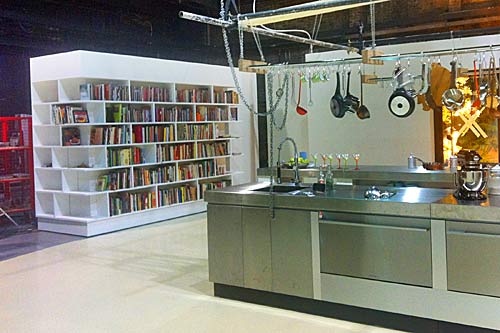 Our small patio garden was based on something similar that Nigella has in her London home.

Luckily the studio had a large brick wall (see below) so that made for a great natural backdrop.

We then hired lots of large bushes and plants. With no natural light they had to be kept alive with a special lamp which we put on each night after we had wrapped shooting.

The plants needed even more watering than usual too because of the hot studio lighting.

We laid a real concrete patio and even brought in live moss to fill the cracks. 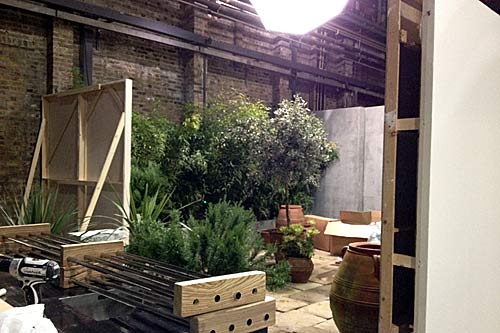 After bringing in many of Nigella's own pots, pans and props the last stage was a lick of paint on the floor and we were ready to go. 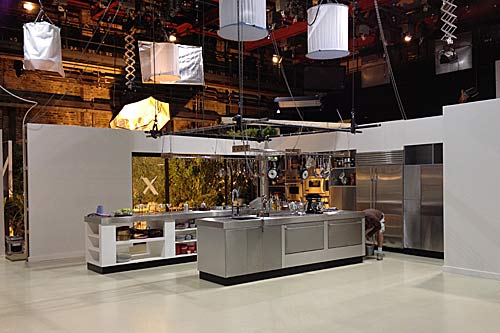 One of the common questions is what happens afterwards?

Well, the set goes into a special BBC storage area for the next time. The books and props all went back to Nigella's home.

The plants are returned to thrive in the natural light and hopefully get a little more TLC than they got from our very un-green fingered crew.

Jennifer Fazey is the series producer of Nigellissima.