The Secret History Of Our Streets

Charles Booth's survey of London is the most ambitious social survey ever conducted. Starting in 1886, it took Booth 17 years to visit every one of its tens of thousands of streets.

When he was finished, he'd produced a series of stunning social maps, which colour-code each of London's streets according to the class of its residents - from yellow for the Servant Keepers, all the way down to black, for Vicious and Semi-Criminal. 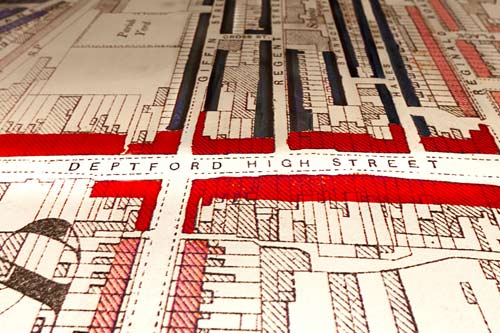 I remember sitting in a greasy spoon near Borough Market in London, and putting the idea for The Secret History Of Our Streets to my friend the director Brian Hill.

I told him we should go back to Booth's original study, to find out what had happened to the streets he'd visited 130 years earlier. Brian saw the potential instantly.

We were determined that the people of each street would tell their own story, collectively, for themselves.

But handing over the story to the residents was a challenge, because most knew only fragments of the street's story.

There were no 'experts' in Deptford High Street and historians don't specialise in single streets.

The Deptford High Street we found is one of the poorest shopping streets in the country. But when Charles Booth had arrived in the 1890s it was the Oxford Street of south London - so prosperous that many of its working class shopkeepers kept domestic servants.

When our young cub researcher walked in to John Price's Bent Can discount shop on the high street, John right away told him to "F*** off!" What did he know about Deptford High Street?! And young people today "don't know nuffin!"

The young researcher advised us to steer clear of John's shop, as he had gone so mad.

But experience taught me that the best documentary characters can often seem that way, so I asked my assistant producer Jaime Taylor to go in again, this time wearing a crash helmet. Jaime had more luck.

Over the weeks, we got close to John. He turned out to be a dazzling story-teller... The kind of person who was so good at conjuring up a lost past that he ought to get paid just to stand in his shop and talk. (Which he does anyway, the Bent Can acting as a kind of hang-out for hundreds of larger-than-life Deptford characters.)

John told us his family had been trading on the high street for 250 years, and that the side-street he'd been born on, just a few paces from his shop, had been "torn down cos it was too violent."

His family had spent two years living in their house, surrounded by rubble, because they didn't want to go. 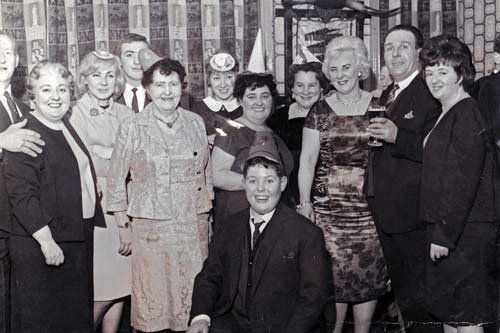 The Price family of Deptford: John is the boy at the front

Nearly all the Victorian terraces that had once fed into the high street had been pulled down in the 60s and 70s and there was no official account of the mass demolition.

Jaime spent weeks in the London Metropolitan Archives, going through thousands of uncatalogued papers, thrown in boxes, half a century earlier.

To our astonishment, these hand-written notes seemed to confirm what John and the Deptford people had told us.

That the street was full of solid, well maintained homes. No need for demolition...

John Price's strange comment had thrown up a story that needed to be told.

And through the series, every time we drilled down into the history of a single street, our researchers kept coming up with stories which seemed to re-write the history of London. 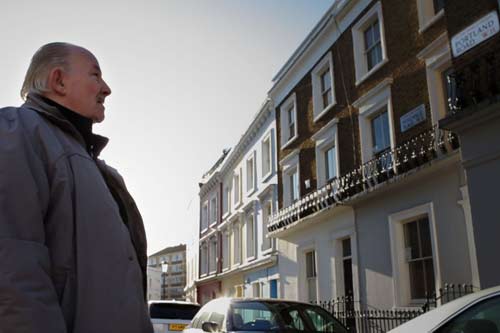 On Portland Road, Notting Hill we found multi-million pound houses once occupied by a family of eight in each room.

On Caledonian Road, Islington we found a road whose history was shaped by a prison.

On Reverdy Road, Bermondsey we found the aristocratic landowning family that built the street more than a century earlier.

I reckon that anyone who watches this series is gonna end up walking down their own street, looking over their shoulder, and thinking 'how did we end up here?'

Joseph Bullman is the co-producer of the series The Secret History Of Our Streets and the director of episodes one and four.

The Secret History Of Our Streets is on BBC Two at 9pm on Wednesday, 6 June.

BBC Four has launched The London Collection, a selection of archive BBC programmes which you can watch in full on BBC iPlayer.