Punk Britannia: Do you remember 1976?

June 2012, the Queen's Diamond Jubilee, a heatwave in the headlines and a double-dip recession well underway.

What better time for BBC Four's Britannia strand to tackle the story of British punk?

My sister was born slap bang in the middle of the summer of 1976, my all-time favourite film Taxi Driver came out that year and of course in those 12 months punk rock mutated from a few like-minded London bands to the national cultural phenomenon we know it to be today...

My sister is a couple of years older and by the time I came along post punk and new wave were well underway and punk had been reduced to an excessive hairstyle on a postcard.

So it was with an open mind that myself and the two other thirty-something directors set out to tell the story of Punk Britannia.

Well it's our version of the story at least.

It's impossible to tell THE story (if that even exists) so we decided firstly to follow the music, wherever possible to hear the story from the horse's mouth and attempt to convey a sense of the conditions in 70s Britain that gave rise to this most confrontational genre of rock.

Each episode had its own distinct challenges.

I directed the first programme in the three-part series.

To be honest it's the bit most documentaries on punk fast forward through to get to the juicy controversy of the Sex Pistols swearing on telly and upsetting the Queen.

But for me the fact that this early period (1971-1976) is less well trodden made it all the more exciting to explore.

It became clear that the origins of punk lie in a generational struggle for identity.

The momentous progress made in music, art and civil rights in the previous decade presided over by 'the hippies' had lost its way by the early 70s.

Kids coming of age in the early 70s did an about turn and began looking back to before the 60s revolution in an attempt to recapture the excitement and simplicity of the original teenagers in 50s America's dances and diners.

Punk's hard, fast tunes and its rebellious, tribal culture owe a great debt to a cast of unsung heroes who decided to launch an attack on the overblown prog rock and stadium super rock which rock 'n' roll had morphed into by the 70s. 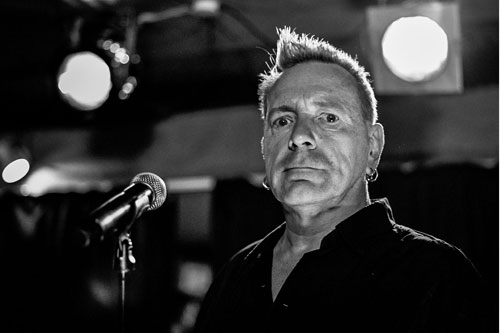 Alongside the likes of John Lydon, Mick Jones and Paul Weller, many of the characters interviewed in the first programme aren't exactly household names and never will be, but that's what makes them so fascinating.

Knowing that without them there may never have been a Sex Pistols, The Clash or The Jam.

It's this depth that BBC Four can bring to the subject that makes this series different to any previous punk series.

The second episode documents the big moments in punk, but so much more besides and the third episode contains music and stories that have never been seen or heard before.

That said there was no way we could ignore the white heat of the key moments in British punk and for me this boiled down to a diverse cast from Siouxsie Sioux to Humphrey Ocean recounting their collective epiphany on experiencing the Sex Pistols for the very first time.

We also decided where possible to film the interviews with the fine men and women of punk wherever we found them.

Minimal lighting and wide angle shots tell their own unflinching 'where are they now?' story of the cast.

Glamorous punk is not, and to their credit I've never met a group of musicians who remain so dedicated to the values that defined them in their heyday. 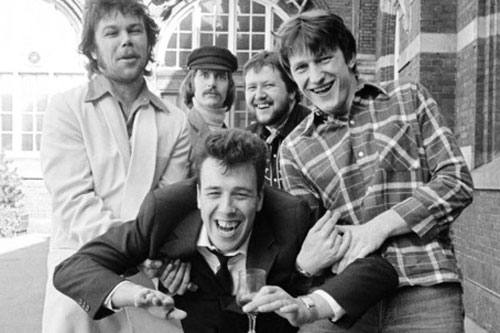 My personal highlight has to be the driving soundtrack in the first episode - there are so many rare tracks from bands like The 101ers and The Kursaal Flyers that I hope will inspire people to discover these bands for themselves.

There are also quite a few artists that for various reasons didn't make it into the final cut.

Fitting everything in to 60 minutes was the toughest part of making this and I hope to fit the likes of Jesse Hector into another programme in the future.

He's a true original and leader of The Hammersmith Gorillas (look them up!).

In Punk Britannia we tried to tell it like it was, to celebrate the energy and excitement of the music and acknowledge the social and political effect of the movement.

Oh yes, before I forget, there's SEX, VIOLENCE, SWEARING and SPITTING in there too (phew!).

Andy Dunn is the director of episode one of Punk Britannia.

Read a BBC Music blog post by executive producer James Stirling about the Punk Britannia season of programmes on BBC Four and 6Music.