When I first saw the scripts for White Heat I was auditioning for the part of Lilly, but as soon I started reading it was the character of Charlotte that I identified with. 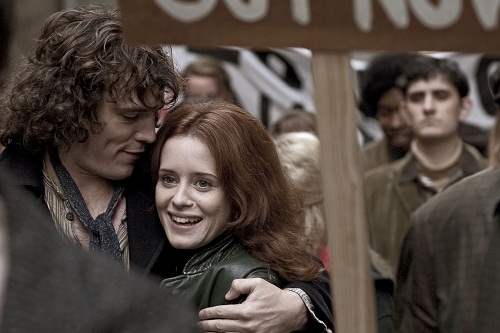 I had worked with the writer Paula Milne before on The Night Watch, in which I played Helen, a blonde, quite vulnerable character - the opposite of redhead, ambitious Charlotte. So I knew I had my work cut out to convince Paula I was the right person for the job!!

Both Charlotte and I grew up in Buckinghamshire and I could really identify with her ambitions and excitement at 18 of going off to university to start her life.

Charlotte is different to me in many ways though. She is very much a product of her time, brought up in the 1950s nuclear family. Her brothers are taught to be ambitious, not her.

She's desperate to break out and change the world, and she does.

Charlotte is intelligent and is excited by people who don't want to accept the status quo but who want to challenge authority and make things happen.

Which is one of the reasons why she is so attracted to her housemate Jack. He's exciting and bold and political, and she understands him better than he does himself. 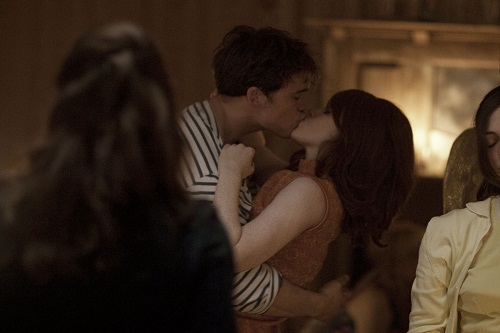 Jack has a difficult relationship with his parents, so does Charlotte, and she wants to be close to him. Unfortunately Jack doesn't really feel the same!

It was so interesting to play a character from the age of 18 to 42 because you see how relationships (like Charlotte's with Jack) can shape the decisions you make in your life, and only with hindsight, how much they affected you.

We had one director (John Alexander) directing all six episodes so it meant we could shoot scenes from episode one (age 18) in the morning, then episode six (age 42) in the afternoon.

That was a huge challenge. Not only because our 1965 and 1989 make-up and hair was so different and complex to change but also because we were shooting across entire decades of people's lives.

We had to make sure we each knew our character's journey in the show inside and out.

For me, the most important thing to get to grips with was how Charlotte changes from relatively naive and excited to so politically-driven and independent.

I read quite a lot about women who were involved in the women's movement at the time and how their politics affected them personally.

I was surprised how little I knew about how much they sacrificed and how determined they were for change.

Music also helped me a lot to pinpoint certain moments in Charlotte's life and differentiate between the decades. From the Sixties I listened to a lot of the Small Faces and Buffalo Springfield and later moved on to Kate Bush and Kiki Dee. 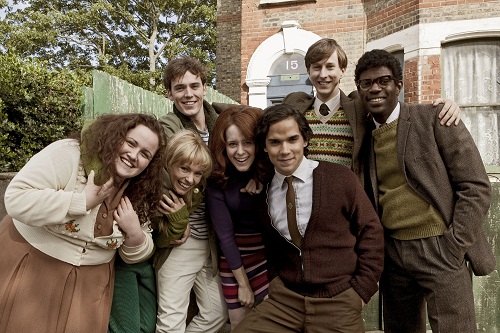 One of the wonderful things about Paula's script is the friendship between the seven flatmates and how that changes with time. We were lucky that as a cast we all naturally became friends and had an amazing time shooting together.

We had a week of rehearsals before we started shooting, when we each had time to talk to John (Alexander, director) about the different relationships we had with the other characters over the decades.

We had time to get to know each other and talk about what we were nervous or excited about.

At the end of the week we all went to the local pub near where we were rehearsing in north London (very similar to the one in White Heat!). It felt like we were a proper team.

I think that helps with the dynamic of the characters on screen. Hopefully that means you will care about these characters and where their lives are going to take them.

Claire Foy plays the role of Charlotte in White Heat.