Stolen: I work with trafficked children

For the past six years I have been the Director of ECPAT UK - End Child Prostitution, Pornography and Trafficking. We are a leading children's rights organisation campaigning against child exploitation.

Over the years there has been a variety of films, TV programmes and books focusing on the issue of child trafficking and some have been more authentic than others.

When Stephen Butchard (writer) and Sita Williams (executive producer) from Open Door Productions first came to see me in early 2007, they showed immense patience and interest as we sat in a cafe around the corner from my office and talked for hours about the plight of children trafficked to the UK.

I knew then that Stolen would be a different production - one that captured the vulnerability of trafficked children, yet placed the child at the centre of the story, rather than the criminals that traffic them.

That was followed up over the next year or so with many questions and answers and, to my pleasant surprise, the draft script was sent over for my comment on authenticity.

Such generosity is rare and it is indicative of the passion and commitment of the production team.

Stephen's script had encompassed most of the details that we had discussed earlier that there wasn't anything specific I wanted to change.

The script was so moving that I couldn't wait to see it on film.

When Sita later advised that Justin Chadwick would be the director of Stolen, I knew immediately that the children cast for the leading roles would be treated in the most sensitive way.

And to have Damian Lewis play cop-with-a-heart DI Anthony Carter it was evident that this would be an intelligent and honest portrayal of child slavery in the UK today.

The plot follows three children trafficked into Britain - Rosemary from West Africa, Kim Pak from Vietnam and George from the Ukraine.

All their stories resonate strongly with ECPAT UK.

We hear about similar cases on a daily basis and we help the victims by holding the government to account, ensuring that it should do everything possible to protect the victims and prosecute the perpetrators. 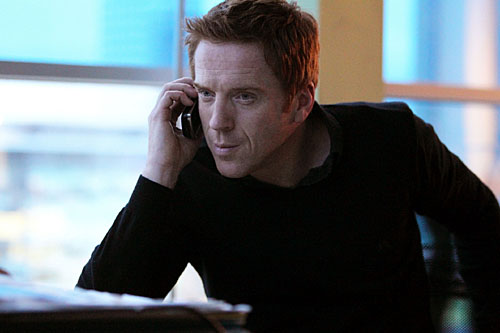 As in Rosemary's case, children who are trafficked are often threatened by their traffickers, and groomed not to trust anyone else even, in this case, a well-intending DI Carter.

ECPAT UK believes every child suspected of being trafficked should have a 'guardian', one person they can trust, who would have responsibility to care for and support them, interpret seemingly incomprehensible behaviour and take decisions based on the child's best interest.

It's something that doesn't exist at the moment.

Police and other professionals who have not come into contact with child trafficking often don't understand how traffickers control their victims and how children are disciplined to respond with silence or with a series of well practised lies.

Rosemary's experience of juju is not unusual. She has had a curse put on her before leaving West Africa and believes horrific things will happen if she doesn't comply with her traffickers.

Witchcraft and ritual practices taken from their country of birth are widely used to control children, creating fear and terror. 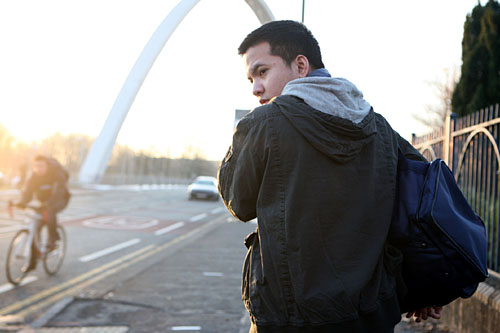 But these practices can seem unbelievable to the untrained professional and children's stories are often dismissed as not credible.

Kim Pak's story of being trafficked for forced labour to cultivate cannabis is a realistic portrayal of what has been identified by police research as one of the largest growing trends in child exploitation in the UK.

Vietnamese children make up the largest number of children trafficked to the UK, and yet are often put into prison themselves, their traffickers going free.

Stolen is set in an anonymous city, but without doubt child trafficking is a crime happening across the UK.

ECPAT UK research has found evidence of child victims from small villages in Wales to larger cities across the UK.

As comes across so well in the drama, child trafficking in the UK is a hidden crime so the child victims who are identified by police are only ever the tip of the iceberg.

Many more children are suffering in silence in ordinary streets and neighbourhoods.

This is why Stolen is such a landmark drama. Let's hope that all who watch it will be shocked at what they see and take action to support anti-trafficking work in the UK.

Our hope is that viewers will take more notice of the child they see doing more than the usual household chores next door, the child not in school, or the child begging on the street.

Child trafficking is slavery, there is no place for it in our society.

Christine Beddoe is director of ECPAT UK and a script advisor on Stolen.

Stolen is available to watch and download in BBC iPlayer until 10.29pm on Sunday, 10 July.