By the end of it Terry and I knew each other well and I had won his trust.

We seem to know instinctively what the other is thinking at any one time. He needs the minimum of guidance, so my role in filming Choosing To Die was often just to capture what he was experiencing. 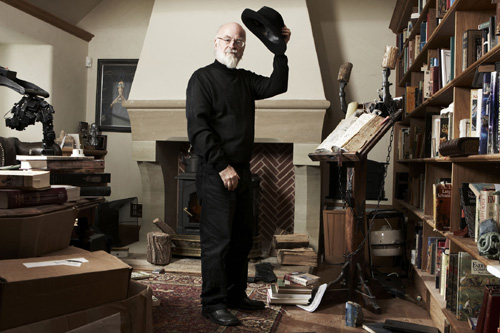 He is brilliant at wrestling with the moral conundrums that the subject throws up - not least because he is genuinely considering some form of assisted death for himself.

But I was still surprised at how emotional he found the experience of making this film.

I had never seen him cry until we went to Switzerland.

We knew that if we wanted this film to be entirely honest about assisted dying then it was important to show the whole process, including the death itself.

When Peter, the man who dies on-camera in the film, agreed to let us record his end, the challenge was to film it respectfully, sensitively, but most of all truthfully.

We don't romanticise it - there could be no fade to black before he drank the poison.

It is up to you to decide whether his last moments are deeply moving, distressing, or rather ordinary.

I suspect it is a little bit of each of these and, depending on your own family's experiences, so much more.

Helping someone have an assisted death is still technically illegal, so we were very careful to make sure that we were there purely as impartial observers.

We didn't break the law, though it was impossible not to feel a deep connection with Peter and his wife - and for Andrew and his mother, who also journeyed to Dignitas.

Everyone involved in the production, no matter what their views on legalising assisted dying, has been profoundly affected by the experience.

I hope that you are too.

Charlie Russell is the director and producer of Terry Pratchett: Choosing To Die.

Terry Pratchett: Choosing To Die is available in iPlayer until Monday, 20 June.

Choosing To Die: A Newsnight debate with Terry Pratchett and Jeremy Paxman is also available in iPlayer until Monday, 20 June.