What if you really could turn back the clock? What if you could simply think yourself younger? Those two questions form the heart of The Young Ones, a new series for BBC One. It's a re-staging of a Harvard experiment which tested whether re-living your youth could make you young again.

Our experiment will see six well-loved British famous faces - Lionel Blair, Sylvia Syms, Liz Smith, Dickie Bird, Kenneth Kendall, and Derek Jameson - go back to 1975 for just one week to see if it can make them young again. 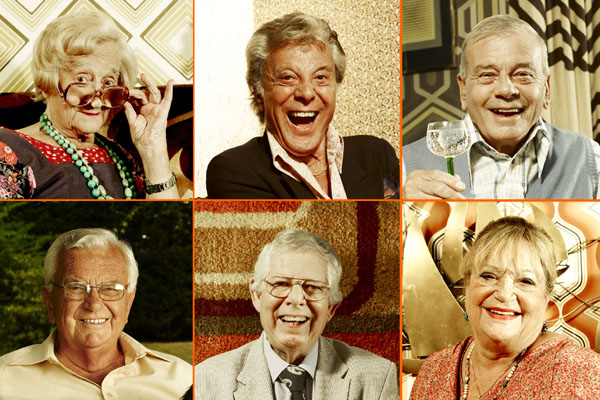 When I first heard about the original experiment, and the BBC's plans to re-stage it, as the programme executive, I thought it all sounded completely mad and not necessarily in a good way.

I wasn't instantly convinced by the original experiment - it sounded too much like that 1980s film Cocoon to me - and I was concerned that if we re-staged it we'd simply find that the experiment didn't work, and would be embarrassing for everyone involved.

Two things changed my mind. Firstly, meeting with Professor Ellen Langer, who ran the original study. Her passionate belief that the way we age isn't inevitable and her certainty the experiment would work was hugely inspiring and enough to convince me that re-staging the experiment could change the way we all see ageing.

The second thing was reading that there are now more people in the UK over 80 than there are under 16 in Britain. Suddenly the idea of re-staging this experiment sounded much more than just fun, it somehow seemed completely urgent and absolutely necessary.

First, we had to decide which year we'd be sending our volunteers back to. We chose 1975 as we needed our volunteers to go back to their heyday and it was a year that many of the celebrities themselves brought up as personally important.

Nineteen seventy five was also an interesting year in the news, in culture and in sport. Margaret Thatcher was elected as the first female leader of the opposition and the Bay City Rollers were so big that crowds of hysterical girls could be found in every part of Britain (look out for a brilliant news piece on Rollermania in the first episode).

In sport Arthur Ashe became the first black man to get to the Wimbledon final and the first ever Cricket World Cup took place at Lords (and with Dickie Bird in the line up, this seemed particularly poignant). 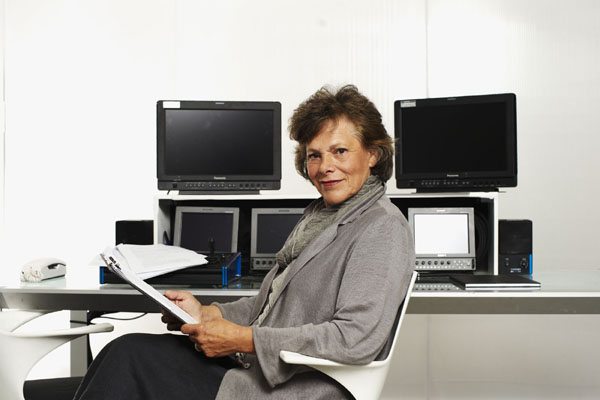 A lot of our energies went into getting the look and feel of the house as historically accurate as possible. We also wanted the house to be as personal to our six volunteers as possible - we describe it in the show as "an Aladdin's cave of seventies-ness," which I think sums it up perfectly.

We needed plenty of space in the grounds to squeeze portacabins in so the massive production team on the series could be rigged up to computers, printers and the internet. We wanted it to be 1975 inside the house, but in order for the production to run smoothly it needed to be 2010 everywhere else.

Joanna Hilliard started to gently ask the celebrities to recall the things they most remembered about their homes in 1975: What did they have in their bedrooms? What colour were their walls? What photos would they have had up around their house? Were there any special mementoes which always took them back to that time?

We wanted the moment the volunteers saw their bedrooms for the first time to have a huge impact on them, so the researchers couldn't tell them why we were asking all these questions about decor and photos. We couched it all in terms of general research.

Joanna managed to strike it lucky in the case of all the volunteers - but most especially with Lionel Blair who had photographs of his actual 1975 bedroom. With that photograph, we managed to entirely replicate the wallpaper, carpet, furniture, even the bedding so it was a stunt double of Lionel's 1975 bedroom.

We were all so excited by the job that David did with Lionel's bedroom, which is why Lionel's reaction (you'll have seen it in the first episode) came as such a surprise to us - he hated his room!

Being inside it was breathtaking because the level of detail was so extraordinary. We'd always insisted that it couldn't feel like a set. Everything from the washing machine to the fridge to the curling tongs to the bedside lamps had to work - it was there to make the 1970s real. 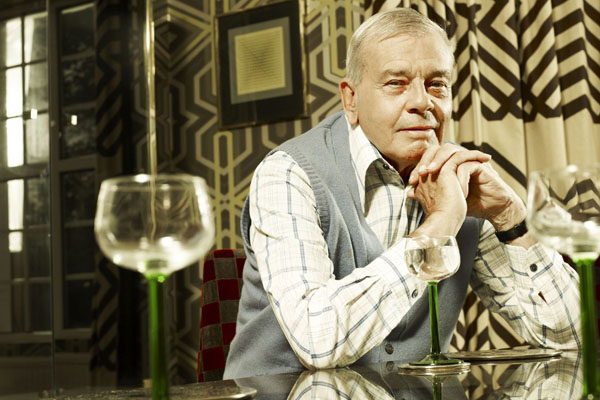 There are too many moments on this series that were either hilarious, moving or simply completely bonkers to pinpoint one of them - but what will always stay with me is the sense about half way through filming that the experiment really was working.

The atmosphere in the house changed from being a slightly sad retreat for some very nice elderly celebrities into being a dynamic, living, breathing space where collectively everyone was living as their younger selves.

I'd always believed the key to the experiment would be the six volunteers enjoying one another's company and getting on together - and seeing the encouragement they all gave one another to either walk those extra steps or push themselves that little bit harder was inspirational.

I will never forget the moment that Derek Jameson managed to pull on his socks on his own (harder than it sounds) to the applause of Lionel Blair and Liz Smith - it's the spirit of that house that I'll never forget.

I will never be able to look at a shag-pile carpet or swirly wallpaper again without thinking of our 1975 house. I did try and nab a few pieces of the furniture at the end of the shoot (I do have a soft spot for 1970s dressers and dining tables), but I came home empty-handed.

Nearly all of the props in the house were hired from specialist companies to be sure the pieces really would have been in a 1975 house - we really didn't want to find out something we thought was 1970s turned out to be from the 1980s.

I hope when the series is on air that viewers will see that - other than the joy of some terrible clothes and gaudy furniture - there's nothing particularly special about 1975. What the experiment showed me is that we all have the potential to think differently about who we are and the way we live, regardless of our age.

And the reason I'll always feel hugely grateful to have taken part: hearing the volunteers as they left the experiment talking about how much hope it had given them for the future and how glad they were they'd taken part. You'll see these conversations in the final episode on Thursday.

Spending one week in 1975 hasn't changed my life on a day-to-day basis but if ever I think I can't do something or I have a problem that's insurmountable, I do try and remember the 88-year-old Liz Smith walking for the first time since her strokes 18 months ago without sticks. Inspiring, life-affirming, and a privilege to have been a part of.

Tom McDonald is the executive producer of The Young Ones.

The Young Ones starts at 9pm on Tuesday, 14 September on BBC One and BBC HD. For times of all episodes of the show, please visit the upcoming episodes page.