In the summer term of 2010 I was welcomed by Chris Thurgood, the head teacher of Pear Tree Mead Primary School, to teach a class of 39 boys. Since arriving at the school two years previously, she had been aware of the discrepancy in educational achievement between boys and girls.

Quite simply the girls were doing better and they couldn't seem to get the boys to knuckle down. She made an unlikely choice: She accepted my offer that I, a choirmaster, might be able to help her sort out the problem. 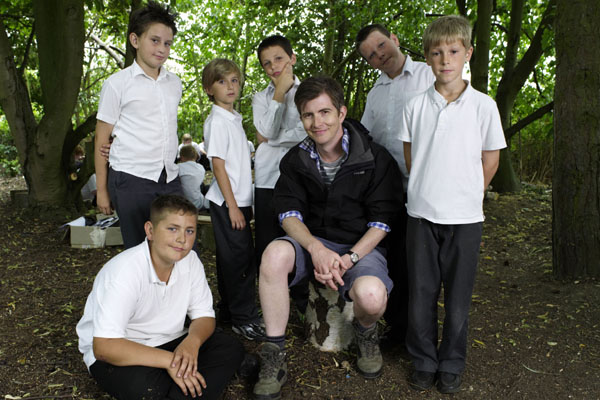 To begin, I spoke to many educational experts and drew on my own experience as a boy at a regular state primary school. I remember our headmaster, Mr Brine, was kind but imposing.

I can recall three things about him: One - his favourite hymn was Morning Has Broken (through he preferred the Cat Stevens version). Two - he introduced me to Tchaikovsky's Piano Concerto No. 1 (for which I'm forever grateful!) and three - he reprimanded me very severely when we were on a school trip for using a telephone without permission. I definitely deserved it.

Later on I attended Bournemouth Grammar School. The selective atmosphere suited me down to the ground because I couldn't bear to come last at anything academic. It was run on traditional lines and I think it's influenced the person I am today in a number of ways.

There was a great ethos of respect between staff and pupils - we stood when a teacher came into the room, hard work was rewarded, and there was inspiring teaching by people who loved their subjects.

Because I'm known as a choirmaster people imagine that I don't do anything else, as if all choirmasters sit around listening to music from 1605. So when I arrived at Pear Tree Mead I was worried that I would not be taken seriously by the teachers when it came to literacy.

In fact my degree was in drama with a heavy accent on the study of text so I consider myself to be fairly literate. But once you get a name for something it's hard for people to accept you trying something else - as anyone who's ever tried to change job will tell you.

This was a departure for me and that made me nervous. That and the prospect of teaching 39 boys.

I was advised that boys need to know who's in charge, what the rules are, and if they will be applied fairly. With that simple adage I progressed. I can't say I always prevailed but you have to show the boys that you are not to be trifled with. 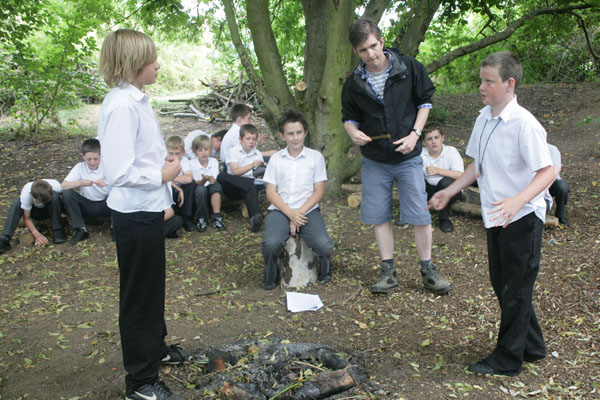 At the same time, boys can be very sensitive and when they are scared or not getting their own way they can lash out. Training the boys to listen to each other and be respectful of each others' feelings is the work of a lifetime.

I was amazed how often boys cry over tiny things. We have this image that crying is for girls but, wow, the boys could cry at anything: Falling over, petty injustices in the playground, or just because they were not able to do something.

From talking to the experts, teachers and parents, I've become convinced that modern life is pulling boys in directions that don't necessarily help the basic skills of reading and writing.

Many boys play hours and hours of computer games every day which can be over-stimulating. By contrast a book can seem rather dull and that too much effort is required for not as much reward. In addition, children aren't allowed to roam as freely as they were in the past.

There are obviously real safety concerns about letting kids out unsupervised but too much 'cotton-wooling' is damaging for a boy's sense of self belief, and I found that if I gave them responsibility to step outside their comfort zone they really rose to the challenge.

Some of the boys were very behind in their reading. It was deeply affecting and difficult to know how to help. Several times I wondered if my approach was having anything but a detrimental effect, because as a new teacher you measure your success minute by minute.

If an activity goes well then you are elated. If it doesn't go according to plan it can leave you feeling pretty dejected and make you question yourself constantly. I think that over time teachers learn to roll with the punches.

But over the course of the term we did make a difference. I'm really proud that I tackled something that is of real importance. I'm proud of what I achieved with the boys and that the school will be taking some of my ideas forward.

I loved the excitement of the boys debating with the girls in the first programme, but camping in the school grounds was the most memorable experience. Tending the fire in the dead of night whilst the boys slept under the starlight was magical.

This has been a very busy year for me and I'm looking forward to a bit of a break. My wife - who is a teacher herself - is about to give birth to our first child and I'm absolutely convinced it'll be a boy!

Gareth Malone's Extraordinary School For Boys starts at 9pm on Thursday, 9 September at 9pm on BBC Two and is part of the channel's School Season of programmes.

To find out times of all episodes from this series, please visit the upcoming episodes page.