I guess I should consider myself very lucky. I get paid to do what most folk have to do as a hobby. But after six series of walks with Julia Bradbury, Dan Snow's Norman Walks has thrown up a fresh new set of challenges - and, it has to be said, a whole new level of walking fascination. 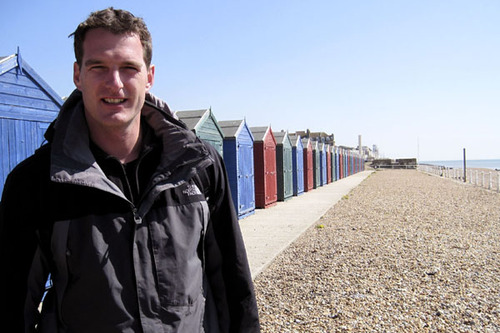 Since the age of five when I first visited the Lake District, I've been obsessed by the great outdoors. I wouldn't say I pursued a career in walking shows - that was just a lucky break. But having got here, I have to say, the view is rather good.

I've known Dan for a few years now. We're the same age, come from the same part of the country, played rugby against each other at school (Dan was far too tall even then) and, most weirdly, both had fathers who presented Tomorrow's World.

In between several conversations entitled 'where on earth did our twenties go?' we've discussed the odd programme idea, but little did we think that the niche sport of Norman walking would be the one to take off.

As series producer I got to scour the country, in this case with Alice Robinson, the assistant producer. From the Sussex coast to Pembrokeshire, and from East Anglia to the Scottish borders, we went in search of three great walks that could shed light on what our Norman predecessors were up to 900 odd years ago.

1 - With the Normans hailing from northern France, they were obliged to invade a coastline. (Always good for walking.)

2 - The Normans built a great many castles in the wildest and most rugged parts of the country. (Ditto.)

3 - The Normans established a great many monasteries in the quietest and most remote parts of the country. (Bingo.) 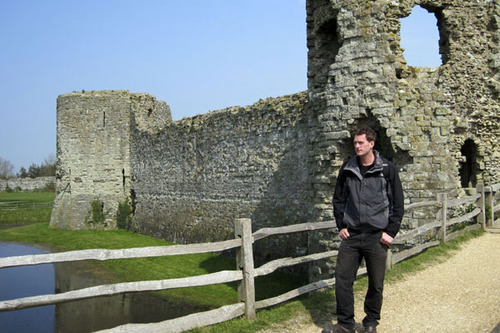 And so Alice and I were drawn to Hastings, the castles of the Welsh borders and the abbeys of North Yorkshire.

Here we studied Ordnance Survey maps, sprinted along as many footpaths as possible and spoke to as many local experts as we could find. Then, we went away, scratched our heads for a bit, and returned to lead Dan and the film crew through a bespoke 'Norman Walk'.

For once, on these walking shows, the weather was almost always lovely. Paul, the sound recordist was giving praise to the Icelandic volcano for removing the aircraft that normally blight outdoor filming in Britain.

And Dan was fantastic, bringing the vast history knowledge that we all knew about, but also a childlike enthusiasm that grew with every passing motte and bailey. I truly hope some of these qualities come across in the final show.

But they're a frustrating bunch those Normans! Far too often they carelessly left their Abbeys to be dissolved, their battlefields to be built on and their castles to be 'redeveloped' by every passing Plantagenet, Tudor or Roundhead. 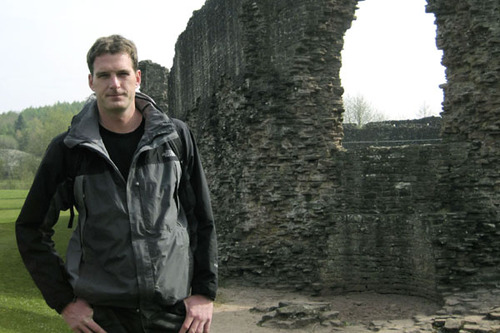 I will long remember the expert (who shall remain nameless) who told Alice that we were "wasting our time. The Normans are archeologically invisible," he concluded.

Well, in places, he had a point. But I believe this merely made the investigative nature of Dan's walks all the more interesting. How much evidence could we find? And how much can we really be certain of?

With the addition of the aerial filming that always forms part of our walking shows, I've come to believe that walking could be an ideal companion to TV history. It will be interesting to see whether the viewers agree.

The show has allowed us to take the Normans, quite literally, at a walking pace, pay some close attention, and see what the landscape can reveal.

The whole Norman walking process was, I have to say, an absolute blast, and I hope the BBC let Dan and I loose on another period of history very soon.

Dan Snow's Norman Walks starts at 10pm on Wednesday, 4 August on BBC Four and is part of the Norman Season.

To find out times of all future episodes please visit the upcoming episodes page.