Lennon Naked: Getting under the skin of John Lennon

I stick to a routine when it comes to writing. I can't write in a café or a park. I get to my desk around nine and set myself a target for the number of pages to get done in a day.

At the place where I work they take the mickey out of me for always making coffee at exactly 11 o'clock. It's like a promise to myself - get those pages down and There Will Be Caffeine.

We'd wanted to work on something together for quite a while and were both interested in John Lennon, particularly the period around the time of his famous interview with Jann Wenner for Rolling Stone magazine in 1970.

It seemed to us that the song Imagine had come to define the mercurial Lennon in a way he would have found confining. This film shows a different side to the man.

In terms of capturing how John spoke, I watched the Beatles films and listened to dozens of hours of interviews on YouTube - and I read everything I could both by and about him.

After a while, I felt I had a grasp of how he turned a phrase. Of course, he was famously witty, so it's a challenge. 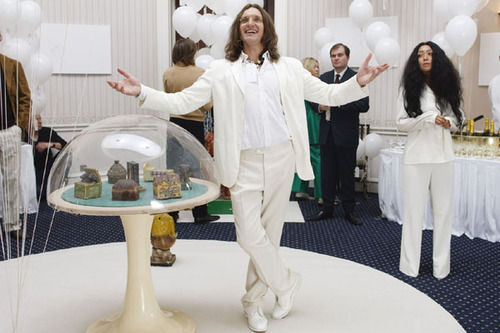 My favourite line got edited out when we changed the structure of the opening. I'd had the American psychotherapist Art Janov saying, "Do you feel a lot of pain, John?" John replied, "I felt a lot of pain when I realised what it was going to cost me to fly you over from California."

I can still hear Christopher Eccleston saying it. He captured brilliantly the way Lennon loved to undercut pomposity. In fact, he captured Lennon full stop.

His performance is immense - he's in every scene. When I heard he'd read the script and was keen to do it, I knew we were moving into another league.

The key characters featured in the film were contacted by the production company, Blast, but I didn't interview them before writing.

From everything I'd read, I got the strong sense that those who knew John best had very different and often contradictory ideas about what he was like and what made him tick. 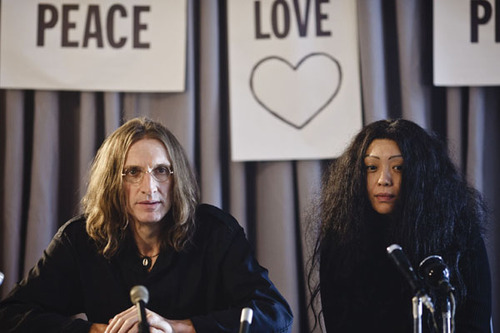 Rather than adopt any individual's take on him, I just absorbed everything I could and then made up my own mind. I stuck to the facts of his life but obviously what you see is an interpretation - mine, the director's and Christopher Eccleston's.

The film was shot on a low budget in a short time. I'm amazed by the amount of work that everyone involved in it was prepared to contribute, both cast and crew. They made every penny and every minute count.

I hope they're as proud of this film as I am. It'd be great to hear what you think of it too.

Robert Jones is the writer of Lennon Naked.

Lennon Naked will be shown on BBC Four at 9.30pm on Wednesday, 23 June.