I remember the day my father died. I was suddenly aware that there was no ceiling above me, just the heavens, and I realised that I too would someday die.

Not the cheeriest start to your Father's Day reading and it gets bleaker before (I promise) some sunshine. I then had to go to Germany to sort out a flat that my father kept in the small north Schleswig Holstein town where we grew up. I dreaded going.

But it was there between the tears that I began to feel better. Because, perhaps for the first time, I began see the father that this man really was. He had kept every payslip, every school report, every photo of his life and the lives of his family.

I saw that this detached, quite difficult and certainly non-hugging man was every bit a loving, concerned and conscientious father who had seen as paramount in his life the task of dutiful father. 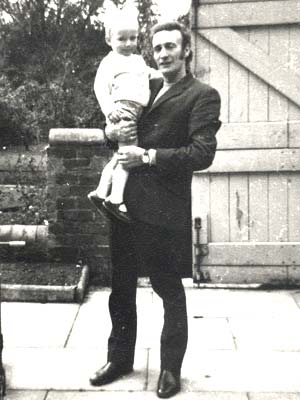 Over the next three weeks BBC Four is running a Fatherhood season celebrating fathers and the concept of fatherhood.

BBC Four prides itself on attaching a new lens to familiar subject matter and stimulating viewers to reconsider that world through a different prism. Call it intelligent television entertainment.

So this season highlights the story of a revolution that hasn't been celebrated enough. But it also recalibrates the story of fathers in what might seem a rather counter-intuitive way.

Contrary to popular myth fathers have always been involved, interested and caring about their families.

What attracted me to creating the season is how the 20th century has seen enormous changes in family life, the role of parents, the role of women and so forth - including my one (I am divorced and a single father).

But it has also seen an extraordinary change in the role of fathers. Or at least that's what you'd think reading the avalanche of magazine articles and opinion pieces that take a view on useless dads, absent dads and, more recently, new dads.

Judging by some newspaper yardsticks dads are either too stupid to tie their own shoelaces or too awful to be let near children. Sometimes both.

Countering this view of cruel idiocy is also a sense that the modern father has finally come home, got in touch with his inner self and embraced his family, ending up walking off in the sunset, children in his arms, possibly weeping gently with the emotion of it all, but at long last a part of the family - and now no longer the ogre, the distance, cold authority figure that we all know is what they used to be before we discovered, wait for it, ourselves.

But according to producer Steve Humphries in his heartwarming three-part documentary series A Century of Fatherhood, that view is simply wrong. Fathers were always close to their families when they could be.

They were always striving to provide the best they could for their children. And they were approachable, generous men who were much loved - not feared - by their sons and daughters.

And perhaps the most radical idea Humphries proposes is that the cold detached Edwardian father is a myth, that fathers then were as committed to their duties as fathers as any other generation and that they created loving and warm close personal attachments to their children.

Professor Joanna Burke comments in the programme: "The image we have of fathers in the past is absolutely, totally wrong. If you actually look at dads in the past the vast majority are loving, warm fathers."

Dr Julie-Marie Strange adds: "In Edwardian Britain we think very much of fathers being absent from family life - and they're absent because they're in work being providers."

It turns out that the First World War, the pernicious propaganda of the temperance movement and some rather traumatised upper class writers have portrayed fathers in a way that isn't wholly accurate.

Either fathers were away because they had to be - work, there was a war on and a nationhood to be saved; or else it simply suited some to portray men - especially those unwashed working classes - as feckless swine drinking away their children's very bread and butter.

When writing about their own class, the posh lot held sway with their portrayal of cruel and distant fathers who sent children away to boarding school while they ran empires and lorded it on the estate, rattling around big country houses. Reflecting, so it seems, their own lives rather than the lives of the vast majority. 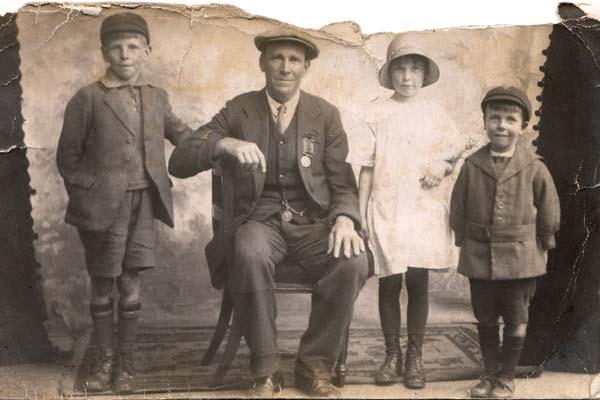 The Second World War didn't help either, by all accounts. It had a devastating effect on family life in Britain, and in particular on fathers.

Some were away for years on end and ended up hardly knowing their children upon their return. Others were damaged by their war time experiences at a time when the impact of post traumatic stress was little known and, if anything, belittled.

These men struggled to fit in to a world that had changed in their absence. It is well recorded that the divorce rate after WW2 escalated as couples discovered two lives had simply grown apart.

And of course the birth of the teenager meant that fathers who had a traditional view of their role in the house suddenly found that they were not longer in control.

And as extra-marital affairs, divorce, and the impact of a sexual revolution crashed in on human lives, it seemed to some that the new freedoms of post war Britain were destroying the institution of marriage and fatherhood themselves.

But despite all this change, what is surprising is not just that fathers have had a much closer and more loving relationship with their children than you might think from popular literature, newspaper columns or television.

It is that the bond and love between father and child has remained, for most dads, most of the time, an enduring and powerful bond.

Of course, it's not just in the real world that fathers have a role to play. Writer Andrew Martin's sharp-eyed film, Disappearing Dad, takes a witty approach to the whole subject.

It seems, he suggests, we need our fictional fathers to be dramatised in a certain way to make the story dramatic. In fiction you have one of three choices. Either your father is just plain absent - The Railway Children, for example. Or he's the cold distant stern authority figure - think Dickens, Frances Hodgson Burnett and just about every other Victorian and Edwardian novelist. 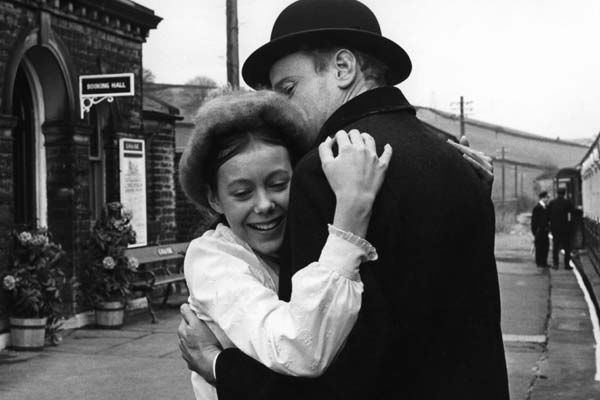 Or, more recently, the late twentieth century dad: dim, out of touch and beleaguered by life. Interestingly the outcome in all three cases is usually the same. At some point dad will finally, duh, see the light and, er, bond. It is a staple you will recognise in any half-witted American comedy or drama. All is well after all.

I also wanted to try and see if there is any science in fatherhood too, so I asked scientist Dr Laverne Antrobus to take a look.

What has been really surprising is the discovery that men, fathers-to-be in fact, literally do change when their wives or partners get pregnant and give birth to their children. Dr Antrobus' film, Biology of Dads, suggests that when their wives have babies men go rather gooey (hormonally speaking) just as their womenfolk do, which makes them rather good at picking up the tot and empathising with them.

Finally a bit of drama. The season also features a new film, Lennon Naked, a searing portrait of John Lennon, played by Christopher Eccleston, as a man who struggles to come to terms with his unloved childhood.

In the late 1960s Lennon met up with his father for the first time after 17 years. Shortly afterwards he meets Yoko Ono, leaves his wife and own son, breaks up the Beatles and leaves Britain, forever, for America.

It is a drama that seeks to explore what happens when a great artist comes face to face with his own, painfully unloved childhood - and emphasises the importance of fatherhood in a shocking way.

I am a single father these days. My daughter is the apple of my eye and I do plenty of hugging and kissing - far too much for her liking, in all probability.

But while my father never did that with me - and, frankly, I wouldn't have wanted it, I often remember that day in his flat clearing up his things and I like to think it helps me to hold true to his version of fatherhood of commitment, duty and, where possible, a reliable presence.

Tree-hugging it ain't, and nor is it a very visible, modern, form of emotional intelligence. But, to steal a phrase, it is a kind of loving.

Novelist Andrew Martin has also written for the BBC TV Blog on his documentary for the Fatherhood season, Disappearing Dad.