Why Scotland are better than England... and Ireland are the most successful Six Nations team

I know, it's an inflammatory headline. But with the start of the 2012 Six Nations just a few days away, I've been nose-deep in numbers and notions in an attempt to work out which side really does deserve the title of the tournament's most successful side. And - Scotland fans, prepare to celebrate - that banner statement can genuinely be justified.

This is not a simple matter of matches won or titles secured. I wanted to factor in the vastly differing resources each nation has at their disposal - finances, manpower, rugby expertise - to see which countries are underperforming and which make the best possible use of their precious assets.

Do England win as many games as the Rugby Football Union's vastly superior budget would suggest? Are Wales' greater playing numbers, relative to both Italy and Scotland, reflected in their results? Should France, on logic, beat Ireland every year?

Before we begin, a caveat. Consider the following stats a fuse under pre-tournament arguments and pub discussions rather than scientific fact. They are designed to be provocative rather than predictive, rugby freakonomics rather than the basis for regime change. But they are intriguing nonetheless. 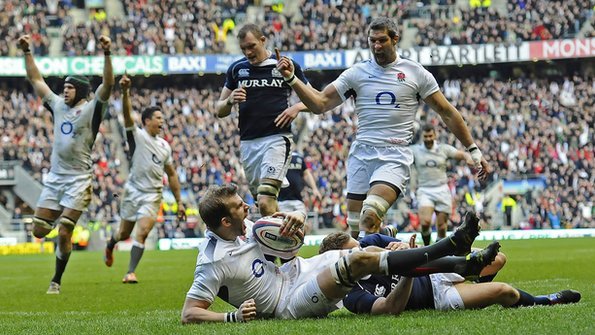 England have won eight of their 12 Six Nations matches against Scotland including last year, but do they make the most of their resources? Photo: Getty

Our results base first of all. I've used total wins by each nation over the last 10 seasons of the Six Nations - i.e. their last 50 matches. You could argue that we should go back to the tournament's expansion in 2000, but my way keeps the process neater and allows Italy, who made their debut in 2000, a few more years to get up to pace.

On total victories alone, the rankings look like this:

So far, so obvious. So let's factor in financial muscle. I'm using each governing body's turnover for the financial year 2009-10. It's not a perfect measure - it's just one year and revenues have fluctuated over the decade - but it gives us a snapshot. England, for example, had a turnover in that year of £112m, Wales £58.3m, Scotland £33.6m.

If we adjust the table so it reads wins per £1m of turnover, we get a different order.

It's not great reading for the RFU, though. France appear to get almost twice as much bang for their buck as England. Where does all that money pouring into the RFU's coffers go, all that cash from those £80-a-head tickets?

Then again, budgets are not spent solely on the national team. Money also goes on other representative teams, plus the grassroots game, building projects and upkeep. The sums or correlations are not straightforward either. It doesn't figure that a nation with revenues of £50m should win twice as many games as one with £25m.

So let's feed in something else - the total numbers playing rugby in each country.

Hold on, I hear you saying. Are there really 2.5m rugby players in England? According to IRB figures, yes, but it's a technical anomaly. That figure includes teenage schoolboys and primary school kids who may have played a couple of games of tag rugby.

Again, it's not great for England. They have comfortably the biggest playing pool of adult blokes. Suddenly France's 39 wins from 50 matches looks a touch less impressive, too. With all those players to choose from, with such an obvious rugby culture, shouldn't they be more successful at international level than Ireland?

Scotland, once again, rather than being perpetual Six Nations disappointments, now seem to be punching well above their weight. And for Wales, with a playing pool less than a sixth the size of England, to have won twice as many Grand Slams over the last decade as their bitterest rivals seems either miraculous or scandalous, depending on which side of the border you live.

Let's narrow it down still further - to the number of professional, internationally-qualified players each national coach has to pick from.

Here I'm indebted to colleague Bryn Palmer, who has spent several long train journeys immersed in club handbooks and detailed spread-sheets to give us the numbers.

His guidelines? The numbers include any player technically available for selection, including one-cap wonders or the aged and unlikely. For England, it discounts those playing their club rugby in France. For the French, it rules out anyone playing abroad, as national policy dictates. For Italy, only those at fully professional clubs are included.

That gives us these totals of available professional players:

So if we tweak the table once again to make it wins per qualified pro player, we get this:

England supporters, cover your eyes at the profligate waste of it all. Scotland, celebrate a triumph of frugal resources. Ireland, your quality blows away your shortfall of quantity.

One final thought. If you can't be the most successful, perhaps you can be the most entertaining. Which side has scored the most tries over the last decade?

So there we have it. Scotland are indeed a more successful side than England, based on financial resources and playing numbers. Ireland make the best use of their playing pool, while Wales, much like Mike Phillips, are solid in all areas. France are the most entertaining, while Italy are more creative than Scotland.

And England? Let's view 2012 as a chance to put a few wrongs right.