Whichever bright spark decided to make the Monday after the World Cup final a public holiday in New Zealand deserves 4.4 million pats on the back.

After 24 years of false dawns and ghastly upsets, there will be no holding back. The All Blacks' nerve-shredding 8-7 win over France meant many things - palpitations from Whangarei to Wanaka, the noisiest party in Auckland's 170-year-old history, countless hungover headaches across the land - but as you looked around Eden Park late on Sunday night, camera-flashes twinkling among the black-clad thousands in the stands like stars in the night sky, one emotion dominated all others: an enormous, unmistakable sense of relief. 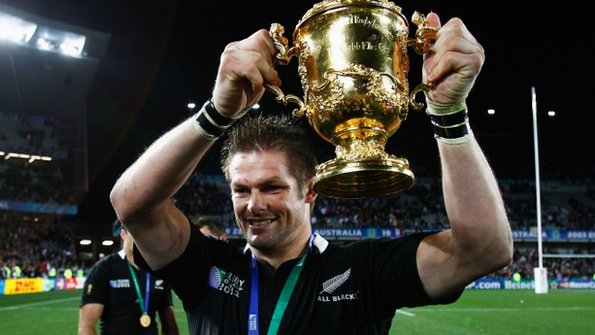 The ending was a happy one. But the plot nearly tore the old theatre apart.

The pre-match script had this as a stroll in the park, a coronation celebration where France's role was simply that of stooges and supplicants. Something must have got lost in translation.

To squeeze home by a single point in the biggest game for quarter of a century, having recently thrashed the same opposition by 20 points, is one thing. For the winning penalty to be kicked by a man who two weeks ago was spending his spare time fishing for whitebait, watching the odd All Blacks game from his sofa with a beer on the go, is quite another.

Very little of it made sense. For all the talk of dashing young backs and Piri Weepu's calming influence, the solitary try was scored by a grizzled prop who farms sheep in his spare time. While Tony Woodcock has never had a better night, Weepu has seldom had worse - missing three straightforward kicks in the first half before getting the heave-ho as panic spread all around.

Tense? It was excruciating, a rugby rollercoaster that carried everyone watching along with it.

Far from lying down to die, Marc Lievremont's divided team stepped up to deliver a performance that was a combination of so many Gallic clichés - flair and fight seemingly conjured from nowhere, 'Ils ne passeront pas' mixed with ' Je ne regrette rien', throwing everything they had at the cause and coming very, very close to pulling off the ultimate piece of party pooping.

From the moment they faced down the haka in arrowhead formation it was clear something was in the air.

Thierry Dusautoir led the advance then and continued the same way for the rest of the night, punching holes in the Kiwi defence, bringing down runners and wrapping up the feared All Blacks loose forwards just as he had in Cardiff four years ago.

His old back-row buddy Imanol Harinordoquy was equally immense, a magnet at the line-out and wrecking-ball at the breakdown. 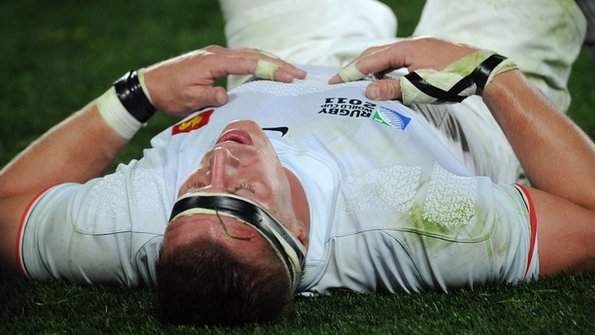 Imanol Harinordoquy gave his all for France in a losing cause. Picture: AFP

Had Francois Trinh-Duc landed a long-range penalty with 15 minutes left, the unthinkable might have done for the unbeatables. Instead, sport's most illogical interregnum has finally come to an end.

The hiatus between New Zealand's win in the inaugural World Cup of 1987 and this triumph in the same stadium was one of the great gaps in sport, up there with Britain's wait for a male Wimbledon champion or France's for a home-grown winner of the Tour de France.

But British men haven't generally been ranked number one in the world over those 75 years, or French cyclists dominated every year since 1985 without claiming the yellow jersey.

The All Blacks have held the number one ranking for longer than every other nation combined. In World Cups they have scored 610 more points than anyone else and 93 more tries, won 37 matches (five more than the next most successful team) and are the only team to finish first in their pool at every single tournament.

It's been the same story at the 2011 version. They have been the most impressive team in this tournament by a distance, scoring 73 more points and 11 more tries than any other side, surmounting the loss through injury of star men Dan Carter and Mils Muliaina and then the two men called on to fill the fly-half hole.

At the heart of it all stood a captain and coach who will now go down in New Zealand sporting history.

Richie McCaw has played most of this World Cup on one leg, missing two group games with that injured metatarsal and being unable to train between the matches he did start. He was already held as the epitome of a certain Kiwi male archetype - uncomplaining, unyielding, strong and mainly silent - but in lifting the Webb Ellis trophy he has elevated himself to a new level of national adoration.

For Graham Henry the sight of the trophy being paraded round the pitch was especially poignant. During his spell in charge of Wales he was dubbed the 'Great Redeemer', but nothing he did back then comes close to the redemption he has experienced in the past few weeks.

Four years ago he took the hot end of the nation's fury after France put his All Blacks out of the last World Cup, his reappointment as coach as controversial as they come.

There were times on Sunday night when he must have feared history was about to repeat itself in far crueller fashion. Had Trinh-Duc's radar been better calibrated then Henry's extraordinary winning ratio of 85% would again have been lost in the debris of a single defeat; instead he might even wake up on Monday with a small smile on his face.

For the country at large, the much-heralded "stadium of four million" that has had to deal with tragedy too often over the past two years, this World Cup win represents a chance to at last come together in celebration rather than mourning.

Can sport heal the wounds left by the Christchurch earthquake or the Pike River mining disaster? There is a world of difference between rugby and the real world. But when McCaw takes the Webb Ellis trophy down to his home province of Canterbury, as he certainly will this week, those who lost everything in the rubble eight months ago will know that they are not being left to do it on their own.

New Zealand's long wait for Sunday's success often made a nonsense of form and rugby reason. Yet there is perfect sporting symmetry in the All Blacks winning this World Cup in their own backyard.

Early starts and disappointing displays on and off the pitch have meant that the tournament has not made the same impact across the northern hemisphere as it has down south. But here in the heart of it, the talk has been of almost nothing else for the entire seven weeks, every front page and café conversation about tactics, tries and injury updates.

The nation most in love with rugby has claimed the sport's biggest prize in the competition it organised, paid for and obsessed over, after two years when there sometimes seemed little light left in the darkness.

Finally, the party is under way. None of us should complain about the noise.