Can it really be over so soon? With 11 months to wait until the next slice of Six Nations action, only one task remains: the now-traditional alternative tournament awards.

I'll start us off with a few suggestions, you come up fast on the outside and take it on from there. Over we go.

Player of tournament
Never an easy one, this, but two men stand out for me - even if only one of them by head and shoulders. For his game-management, place-kicking and old-fashioned scrum-half mouth, the precocious Morgan Parra gets the nod; for his dynamism, forward rumble and old-fashioned no.8 nous, Imanol Harinordoquy joins him on the rostrum.

Most thrilling try
We almost need three sub-categories here. For a score born of team-work and interplay, David Wallace's consolation for Ireland in Paris. For individual brilliance, Shane Williams' last-gasp dancing-feet in Cardiff against France. And for sheer I-can't-believe-it thrills, Shane's stoppage-time match-winner to snatch victory from under Scottish noses. 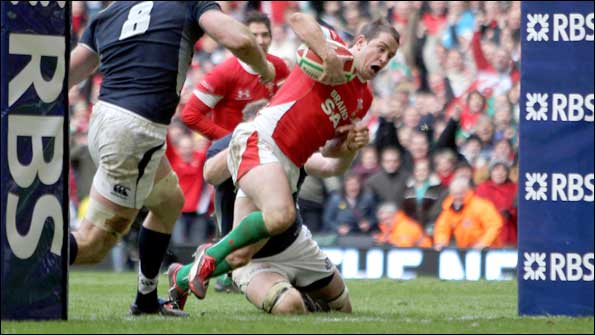 Best match
For the most complete performance, we must stand and ovate France for their display against Ireland. But for drama? Easy. Wales v Scotland had it all - tries, sin-binnings, great forward rumble and running in the backs, a see-saw scoreline and a finish that no-one who saw it will ever forget. For better or for worse, Mr Robinson.

Most boring technical malaise
Last year it was the endless kicking. You have it. No you have it. No, you have it back. Honestly - it's yours. This year, it was all about the scrum re-sets. Crouch, touch, pause, start all over again. Not helped by some of the southern hemisphere refs, who went for wagging fingers and final warnings when cards would have done the trick.

Most costly error
Who said putting Steve Borthwick in charge of stirring team-talks? You'll get your chance. We should be grateful, seeing that it produced the greatest finish of the season, but what was Scotland scrum-half Mike Blair thinking when he opted not to kick the re-start straight into touch as time ran out against Wales, with his side down to 13 men and the scores tied?

Quote of tournament
Three contenders again. First up, Irish Independent columnist Vincent Hogan on Warren Gatland: "He's as snappy as a menopausal warthog". In second place, that man Borthwick, with his reaction to England's dismal display in Rome: "Obviously we want to win all our games by as big a margin as we can, but we did some fantastic stuff." And our winner? Marc Lievremont, knackered and emotional after his France side seal the Slam: "It is a very nice baby, even if the birth was quite difficult."

Most nutritious post-match snack
Bar of chocolate and sandwich from the services off junction 33 of the M4. Is there a less desirable sandwich than a service-station sandwich? Had he already eaten the Toblerone in the mini-bar? Do hotels not do room service any more?

Biggest misjudgement
"At five o'clock in the morning that seemed to be the best option."

Biggest understatement
"I've done stupid things before when I've had too many sherbets, but nothing like this." 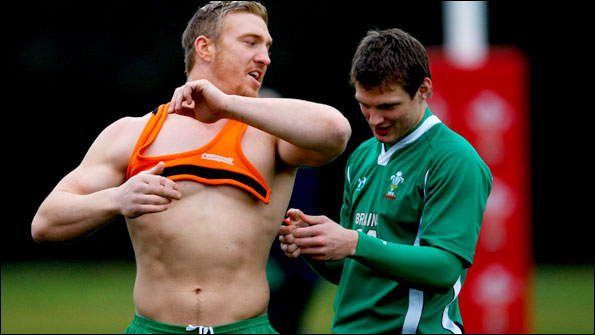 Best other rumoured story about Andy Powell
The one about returning from Beziers and unplugging his TV set from his home in Brecon "so he could watch British telly back in France".

Best attempt to put Andy Powell in the shade
JPR and his coin trick when stopped in his red Audi (registration plate: JPR) for being two times over the legal drink-drive limit. You're supposed to spend a penny in that scenario, JPR, not chew three of them.

Biggest disappointment
Riki Flutey. Sensational last season, a stand-out in his few showings for the Lions... and then nothing. What happened to the whiz and the bang?

Lazarus award for most impressive comeback
Come on - who predicted Dan Parks would win three man-of-the-match awards and become the darling of the Murrayfield crowd?

Eric Cantona Memorial Plate for best use of leg in the tackle
Honourable mention to Alun Wyn Jones for his trip on Dylan Hartley. 10 minutes in the bin, 17 points on the scoreboard. Ouch. The clear winner? Jerry Flannery for trying to boot Alexis Palisson into orbit. Referee Wayne Barnes let him off with a warning. Work that one out.