Strauss's nearly-men have work to do

The late last-day drama in Trinidad might finally have raised English pulses and hopes, but the overall story of the West Indies series was a sobering one for their players and fans alike.

That England fell two wickets shy of snatching victory was a fitting summary of the entire tour - a tale of nearly and not quite, of coming up short where an accomplished Test team would have found a way.

Back before the first Test in Jamaica, Andrew Strauss talked confidently of victory. It made sense; the Windies had won just three Tests in the last five years before this series.

That England - even weakened by the simultaneous loss of their previous coach and captain at the start of the year - could actually lose the Wisden Trophy for the first time since 2000 never crossed anyone's mind.

Two months later, it's Strauss's side staring at a sorry set of stats.

Three series defeats on the bounce. Just four series wins out of 13 since the Ashes triumph in 2005. 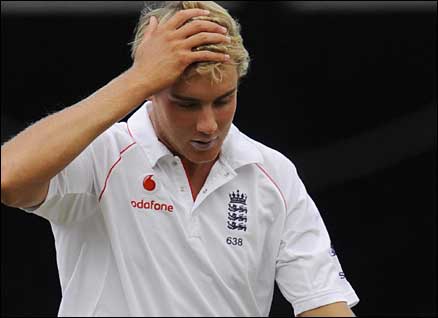 Viewed in isolation, some of the figures from the last two months look impressive. Six of England's batsmen averaged over 50. Between them they hit nine centuries. The skipper hit three of his own, compiling 541 runs at an average of 67.

Despite the avalanche of runs, however, they failed to secure a single Test win - victims undoubtedly of turgid tracks but also their own inexperience and ineptitude at vital moments.

Two afternoons were crucial - on Saturday in Jamaica, where England produced a collapse that was astonishing even by their standards, and on the last day of the third Test in Antigua, where Daren Powell and Fidel Edwards survived the final 36 minutes to secure an unlikely draw.

Successful Test teams come out on top in the decisive sessions. They might not dominate entire matches, but they'll find a different gear or an individual match-winner when the situation demands it.

The best England teams of the last decade could do it - in Karachi in 2000, Colombo in 2001, the Oval in 2003, Johannesburg and Trent Bridge in 2005 - but the current version is a long way from completion.

Throughout the tour, fresh problems kept sprouting up from between the cracks even as old ones were weeded out.

Finally given the opportunity to stake his claim for the number three slot, Owais Shah (four innings, average of 22) managed the impossible in appearing to be even crumblier under pressure than Ian Bell.

With Steve Harmison put out to pasture after failing to get close to his form of five years ago, England's bowling attack lacked the edge that only real pace and bounce can provide.

While Stuart Broad continued to learn and profit from his Test match education, the limitations of England's resources when Andrew Flintoff is absent were repeatedly exposed on some of the flattest, dullest pitches the Caribbean has produced.

And while Matt Prior scored all the runs that his promotion to number six required - 310 in six innings at an average of 77 - his work with the gloves again left his position under pressure.

Even as he hit his highest Test score in the final Test, he was also conceding 35 byes in the West Indies first innings alone - a number surpassed only by the 42-year-old stand-in Frank Woolley against Australia in 1934.

At the same time, small shoots of recovery were also visible.

Strauss could not have looked more comfortable as a Test captain, leading from the front with the bat and appearing to hold together a dressing-room that was threatening to split apart after the sacking of Kevin Pietersen.

As an opener he played with a freedom that we thought was gone for good; as skipper he not only succeeding in making most of the right decisions most of the time, but also in forming a partnership with stand-in coach Andy Flower that could be the foundation for England's rebuilding over the next two years. 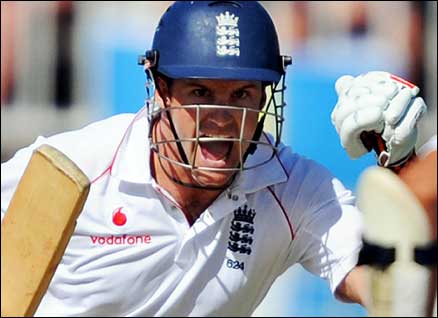 Also certain to be part of the long-term plan is Graeme Swann. Coming into the series as England's back-up spinner, he left it with more wickets (19 from just five innings) than any other England bowler and a reputation enhanced by consistent turn, cunning and confidence.

For Monty Panesar, the man he replaced, there were at last some signs of the variety that his game needs if it is to flourish at the highest level, and from Ravi Bopara further proof of his potential pedigree.

All the while, however, the ominous news from South Africa kept coming through.

For England supporters left gloomy by the defeats of the past year, there has always been the parallel decline of Australia to lift the mood.

Not any more. With a ghastly predictability, the hydra has come back out of its cave, new heads sprouting, just as Strauss and his team-mates stagger to the battlefield.

Most England fans would accept defeat to the Windies if it was followed by a rapid regaining of the Wisden Trophy and summer of success in the Ashes.

But while the first part of that dream may yet become reality, the second is looking dicier by the day.

England's last two Ashes wins at home have come from teams with a recent history of success. In 1985 David Gower's men were fresh from a historic series win in India, while in 2005 Michael Vaughan's men had won in South Africa and the Caribbean.

This year that winning momentum is noticeably absent. And where those teams had developed the killer instinct, this one allows matches to wriggle from its grasp.