A near miss for the North Sea oil industry 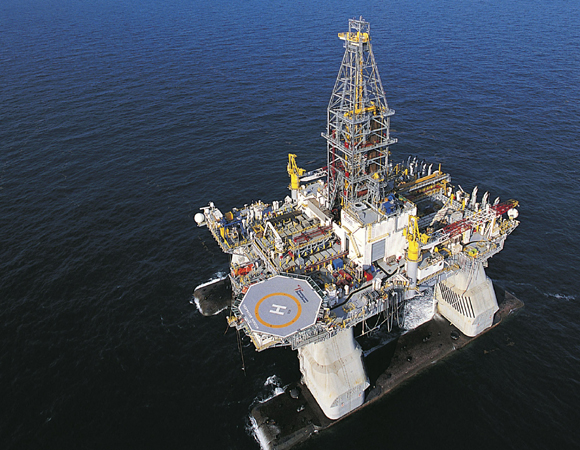 The blowout happened on Shell's Sedco 711 platform on 23 December last year as the Transocean crew was preparing to switch from a drilling operation to production, bringing the reservoir in stream.

The report, a nine-page safety review of the incident, details a series of errors and misjudgements that led to the blowout.

In a marked parallel with the Deepwater Horizon disaster, key indicators that something was going badly wrong were either misinterpreted or discounted - in this case in favour of a positive pressure test from a valve at the base of the well.

That valve had been dislodged, or damaged, in earlier operations and the report concludes: "The risk perception of barrier failure was blinkered by the positive inflow test."

By the time the crew realised there was a problem oil and gas from the reservoir was forcing its way up the drill shaft and out onto the rig.

Crucially there was not enough heavy mud available to pump back down into the well, counteracting the kick, or surge of gas and oil. A major spill was averted only when the BOP, or blowout preventer, was activated capping-off the well on the sea floor.

The Commons Energy and Climate Change Committee is currently holding an inquiry into the safety implications of the Deepwater Horizon disaster for the UK off-shore oil industry.

MP's heard from Paul King, the managing director of Transocean's North Sea Division, back in September but were unaware of the incident on the Sedco 711 platform at the time.

The committee's chairman, Tim Yeo, confirmed the report would now feature in their inquiry, and said it was important to understand how frequently this kind of thing was happening off-shore, and whether there was a risk of a more serious accident.

"It's not clear that this is something that had been properly prepared for, and it may well have been more luck than judgement that got it under control. We don't want to see people working without the necessary kit, without proper training or procedures, and the result of that being a major spill."

We asked Transocean for an interview. Sadly no one was available to comment, but in a statement the company stressed the importance of safety and well control on all its installations.

"Any related events that occur on a rig anywhere in the world, including the one in December of 2009, are immediately reported to management, fully investigated, and the valuable information gleaned from that investigation is used to improve existing safety systems across the fleet."

Thankfully for all those on the Sedco 711 rig - and for the wider environment of the North Sea - a major accident and spill was averted.

But the parallels between this and the Deepwater Horizon disaster in the Gulf of Mexico raise serious questions about the operating procedures and safety margins employed on rigs across the off-shore oil industry.

According to the Health and Safety Executive there were 85 major or significant unplanned hydrocarbon releases across the sector in the North Sea last year - up 20 percent on 2008/9.