Could mechanical trees save the world? 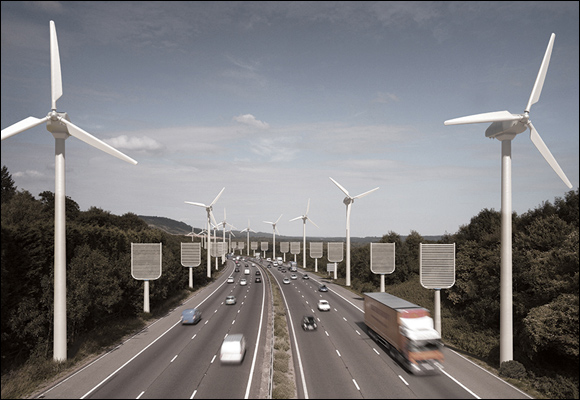 If you thought geo-engineering was the stuff of science fiction - all giant sun shades in space - think again.

The Institution of Mechanical Engineers has produced a report focusing on practical geo-engineering solutions that are either available now, or soon will be.

The report lays out a 100-year road map to "de-carbonise" the global economy and the vision includes forests of artificial trees built along motorways, shiny silver roofs that reflect sunlight, and algal bio-reactors running up the sides of buildings.

Some climate scientists say we may only have a few decades left to avoid dangerous climate change, but geo-engineering - the idea of redressing the balance of the atmosphere by blocking the suns rays, or siphoning off harmful greenhouse gases, could buy us more time.

Artificial trees do pretty much the same job as real trees, absorbing CO2 from the atmosphere, but up to a thousand times more efficiently.

The Institution's Dr Tim Fox claims a single artificial tree could remove as much as ten tonnes of carbon a day, and just 100 000 units would be enough to capture the UK's entire transport emissions.

"After decades of failed mitigation, geo-engineering may give us those extra few years to transition to a low carbon world and prevent any one of the future climate change scenarios we all fear". 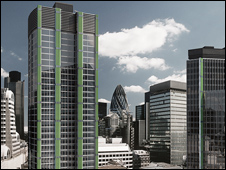 But perhaps the most eye-catching proposal in the report would be to incorporate algal photo bioreactors in the built environment.

At its most basic that means tubes of vivid green algae running up the sides of buildings, although in time the bioreactors could be incorporated into the fabric of the buildings themselves.

Like trees, algae use sunlight to convert carbon dioxide from the air into plant matter using photosynthesis, with the added benefit that the bio-char produced could be siphoned off and used as an organic fertiliser.

The Institution's report is unlikely to be the last word on geo-engineering. Next week the Royal Society will publish a much broader study that reviews all the options - including the most outlandish, science fiction ideas like sun shades in space - and focussing on the ethical and political problems posed by tampering with the planet's climate systems.