75 years of hurt are ended

That information came via the Test Match Special scorer Malcolm Ashton when Australia were five wickets down on Sunday afternoon - at that point it seemed it was only a matter of time before history was made.

But I'll be honest, I had a sick feeling in my stomach when I arrived in the TMS box on Monday morning - fearing that maybe, against all the odds, it might be Australia instead who would be rewriting the cricket record books.

Andrew Flintoff didn't take a full part in the warm-up before play and we were hearing rumours that he might not be fit. But we should not have doubted England's talisman.

In his final Test at the home of cricket, Freddie took his first five-haul at this ground and Graeme Swann chipped in with a couple of wickets to take England into a 1-0 lead in the series.

The way these Ashes series go, I fully expected to still be chewing my nails later into the afternoon - so as these games go this was almost a comfortable victory for Andrew Strauss and his team. No surprise that the Test Match Special 'Champagne Moment' went to Andrew Flintoff for the moment he bowled Peter Siddle to bring up his five wickets. 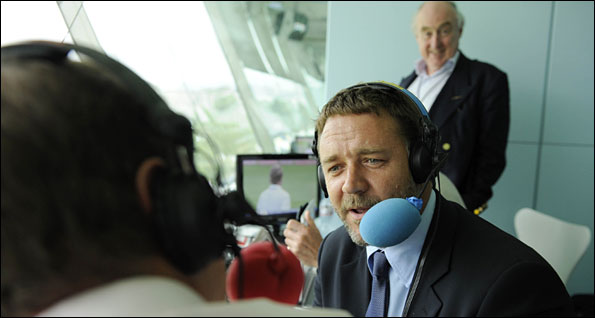 There was an amazing array of people at Lord's during the dramatic five days and we were fortunate to feature several of them on Test Match Special. Perhaps the most surprising visitor to the TMS box was Hollywood superstar Russell Crowe taking a break from filming a new version of Robin Hood.

He was introduced on air by Jonathan Agnew with the words "we are joined now by the cousin of the match referee". Although Russell has lived in Australia since his early years, he was born in New Zealand and is related to both Martin and Jeff Crowe who were both at Lord's - one part of the MCC's World Cricket committee, the other working as one of the match officials.

Russell Crowe told Aggers that it was his first visit to the home of cricket. "We've been talking about coming here for 20 years ever since Martin was the junior cricketer in the year and it was a great thrill to walk through the Long Room together". Russell revealed that one of his prized possessions is a photograph of Jeff and Martin with a glass of champagne on one of the dressing-room balconies after a famous New Zealand win here.

He also told Jonathan about his cricket pedigree: "I bowl very sluggish medium pace... I have a cricket field on my farm with nets and a pavilion. But I was never going to become a cricketer with Jeff and Martin in my family already I didn't want to become another Trevor Chappell". But he revealed he does run a family team. "The last time we played was at my wedding... we had six Crowes in the team. It was a four-day wedding and we were playing cricket by the second day."

Although he clearly loved his first experience of Lord's, Russell was not impressed with the performance of the Australian side. "I'm surprised by their lack of ruthlessness both here and in Cardiff where they couldn't close the game... I'm surprised they were allowed their passports to get out of the country." 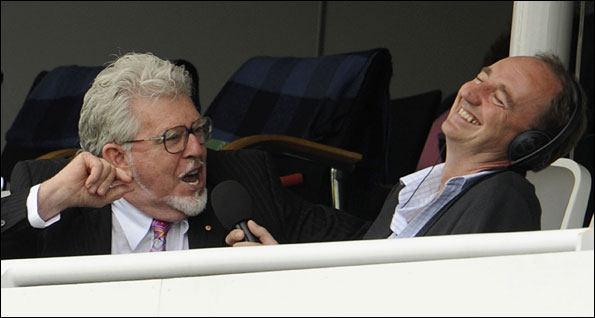 Also spending his first day at Lord's on Sunday was Australian entertainment legend Rolf Harris who joined Aggers to talk cartoons, didgeridoos and cricket. Rolf was also offered the chance to judge the singing efforts of Phil Tufnell who has released his own version of Rolf's hit record "Two Little Boys" for the charity "Cricket for Change". Rolf was at least polite about Tufnell's warbling - well at least it's for a good cause.

Although Rolf told Aggers he was loving seeing the cricket at Lord's, he admitted he hadn't played the game. "I was a keen swimmer but I didn't play blood sports like cricket. Any game where I can get killed by another bloke, I'm not interested."

His sentiments were shared by our "View from the Boundary" guest on Saturday - comedian David Mitchell.

"I was.frightened of the ball. My priority was not to get hurt rather than to score runs. But I enjoyed bowling because I could try hitting someone else. Sometimes the ball went broadly in the direction I meant - which is more than Steve Harmison manages some days."

But Mitchell revealed his more ruthless side: "I love it when Ricky Ponting gets angry. I hate to see him get out fairly... it's the new spirit of the game of fury and gamesmanship. That's the modern treacherous post-credit crunch world." 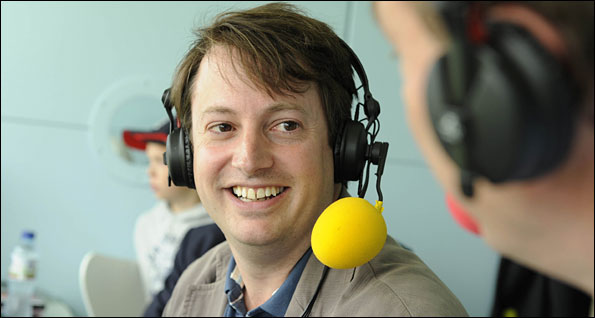 So on to Edgbaston we go for the third Test... the scene of England's incredible turnaround four years ago.

If you can't wait for that for your Ashes fix then you must take a look at bbc.co.uk/ashesarchive for the Test Match Special Ashes Archive including moments from that sensational game in Birmingham in 2005.

The archive also includes the best of the action from the first two Tests of this series at Cardiff and Lord's.

Plus, TMS will be back on the air on Saturday at 1030 for the Friends Provident Trophy final between Sussex and Hampshire and then Five Live Sports Extra will have commentary of the Twenty20 Cup quarter-finals on Monday 27, Tuesday 28 and Wednesday 29 July.