Tune in for the Women's World Cup final

So the Australia game didn't quite go to plan, but here's my plea to all England cricket fans out there who have yet to watch top-level women's cricket - if you've been missing the feel good factor recently following the Stanford saga, the India tour and now the West Indies Test series and 20/20 defeat, start paying attention to what the England women's team are doing.

If you can, stay up all night on Saturday to listen to them trying to win the World Cup for the first time in 16 years, and I challenge you not to become absorbed (if you're reading this from Sydney, come and watch! It's only $15 per adult and $7.50 for a child).

I'll be hooking up with ABC radio to provide ball-by-ball commentary on Five Live Sports Extra and online in the UK, with the game starting at 11.00pm UK time. You can also catch updates from me on Twitter (search for BBCTMS).

England will be playing New Zealand in the final, who they've already beaten once in this tournament in the Super Six stage. The 'White Ferns' as the Kiwis are known, have won the World Cup once in 2000, while England's two triumphs came in the inaugural tournament in 1973 and in 1993 - the last time they appeared in the final. 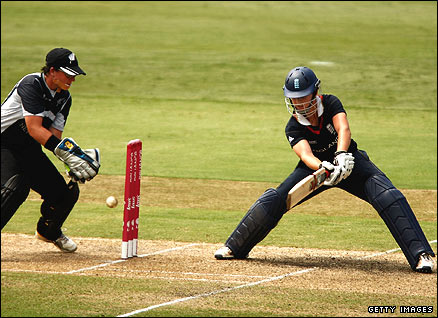 Eight of the England squad here in Sydney played in the last World Cup in 2005 and now they form the backbone of a strong, cohesive unit, who clearly share a solid respect for each other, not only as teammates, but also - as batter Claire Taylor described the other day - as friends.

They have to get along well as there's not a lot of time to yourself when you're paired up sharing rooms for the duration of a tour and it speaks volumes that Claire, the oldest player in the squad at 33, can room quite happily with the youngest, Anya Shrubsole, who's just 17.

In England, the sport is growing like never before, and with a committed, determined Clare Connor, a former national team captain, as Head of Women's Cricket at the ECB, the game couldn't be in better hands.

Participation among women and girls at all levels increased by 45% from 2005-07. The increase in 2008 alone was another 49%, and there are some 450 clubs with women's sections compared to just 93 six years ago. This might be helped by the fact that the top 12 clubs can earn Premier League Performance Payments of up to £1,500 per year from the ECB if they meet certain targets regarding women's involvement.

At the highest level, Chance to Shine Coaching contracts, funded by the Cricket Foundation, have been a huge success, enabling England players to have a steady income, working 25 hours a week over an eight-month period, but having the flexibility needed for training and playing.

Six of this World Cup squad are on either full or part time contracts, including captain Charlotte Edwards, and there is money in place to widen that pool, with another contract possibly on offer next September.

While there's so much attention on the England team at the moment, Connor is anxious not to lose sight of the bigger picture, where the emphasis has to be on provision if they're to plan for the future.

"The challenge is firstly to provide enough cricket for women to play," she says. "Then identify talent, make sure the pathways are in place, and ensure that those pathways are visible and, importantly, high quality." 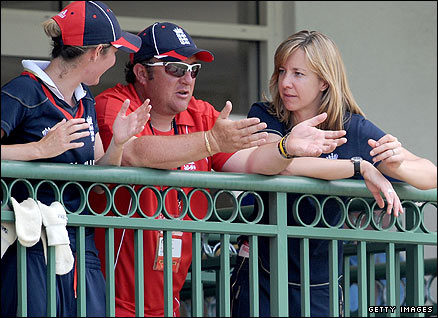 On the domestic front, the Super Fours competition was introduced in 2002 to bring together the best players in the country in four teams, and it continues to play a big part in bridging the gap between county and international level.

Sunday's World Cup final will be the culmination of a lot of hard work and will be the pinnacle of these players' careers to date. After the West Indies game when they secured their place in the final, the players belted out their team song from the dressing room - 'Never Forget' by Take That.

They started singing it when they were on a losing streak in India last year. It seemed to help turn their fortunes around, and they've been singing it ever since.

The only distraction to the England camp in this campaign has been the reporting of all- rounder Jenny Gunn for a suspected illegal bowling action following their opening game against Sri Lanka. They dealt with that superbly though, and Gunn's action was cleared just before their Super Six Game against New Zealand.

Behind the scenes, however, there was confusion within the ECB as to which regulations they were supposed to follow when it came to the analysis of Gunn's action. The problem is, there are no published ICC regulations concerning the review of women bowlers reported with a suspected illegal bowling action, and the ICC later said the ECB's regulations for testing didn't apply either, even though they were instructed to carry out the test.

I'm sure it's something which will come up at the imminent AGM of the ICC Women's Cricket Committee. It needs to be addressed.