With a goal scrambled in from a set piece, Brazil beat Spain 1-0 in the final of the 2003 Under-17 World Cup in Finland. Spain, though, played most of the football.

“We were the Brazilians today,” said their coach Juan Santiesteban, after his team of little ball-players had lost out to opponents who carried much more physical presence.

The overriding objective of youth football is to groom players for the senior side. Nearly a decade on, then, it is clear who really won the game. Not one of the Brazil team has played a serious competitive international.

Cesc Fabregas and David Silva, meanwhile, have gone on to better things, combining on Sunday to put Spain on the way to a third consecutive major tournament win. 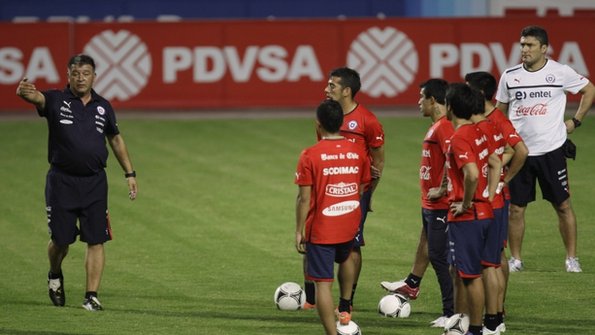 Spain’s run of success is no coincidence. Anyone who has seen their youth sides in recent years will have been struck by the excellence of their passing – not only the technique of receiving, delivering and moving into position to receive again, but the patience of their play, and their commitment to a certain idea of football.

What Spain have is a footballing identity – a successful assimilation of Dutch ideas plus a twist of their own making.

This question of identity is fundamental. Football is such a fluid game, with myriad options available to the man on the ball. Defining which of these options is preferable determines the objective and the style of the team.

Tactics have their importance, but they spring from the central thing – the idea.

I understand that Jurgen Klinsmann was explaining this in midweek to a British TV audience. Back in 2005 I saw him make similar points to a conference of Brazilian coaches.

As he set about rebuilding the German national team, he had to think long and hard about what he was trying to do. His conclusion was that Germany had to be aggressive and attacking, playing high tempo, physical football.

Putting this into practice entailed a tactical switch – the belated adoption of the back four for German sides at all levels. His big regret was the lack of players with genuine, special ability.

They have since appeared – a process surely eased by the fact that the central idea had been well defined.

This question of identity is making Chilean football especially interesting at the moment. After falling well short of qualifying for the World Cups of 2002 and 2006, Chile were the neutrals’ favourites two years ago in South Africa.

They currently top the South American qualification table, and with a third of the campaign gone already have half the points necessary for a slot in Brazil 2014.

And the clubs are looking stronger too. Over the past decade it has been rare for Chilean teams to get out of the group stage in the Copa Libertadores, South America’s Champions League. Now Universidad de Chile have reached the semi-finals in two of the last three years, as well as winning the continent’s Europa League equivalent.

Universidad Catolica reached the quarter-finals of last year’s Libertadores, while Union Espanola made a good impression getting to this year’s second round.

Financial changes underpin this progress, with Chile’s clubs moving towards a business model which, if no panacea, is an improvement on the administrative free-for-all that ruled before. Events on the pitch, however, have been even more interesting.

More than eight years later he might see things differently. Much has changed since the reign of Marcelo Bielsa, the Argentine coach who took Chile to the last World Cup.

Bielsa, who has gone on to success with Athletic Bilbao in Spain, has a fixed idea of how he wants his side to play – high tempo, in the opponent’s half of the field, with a front three and a constant quest to create two-against-one situations down the flanks.

There was always tension when Bielsa was in charge of his native Argentina. The demand for dynamic play left no room for an old-time playmaker such as Juan Roman Riquelme, and was thus often seen as a betrayal of Argentine identity.

In Chile there was no such problem. The lack of identity gave Bielsa fertile soil in which to plant his seeds – indeed, his favoured style of play dovetailed nicely with the kind of quick, stocky players Chilean football produces.

Current Chile coach Claudio Borghi, also an Argentine, clearly has a problem with Bielsa and enjoys criticising him in the media. He should save his breath. True, there was life before Bielsa.

Borghi was crafting attractive, attacking sides with Colo Colo in Chile long before Bielsa came to the country, and he helped bring on some of the players who have become fundamental to the national team.

But the Bielsa years have eased Borghi’s task as national team coach. The success of the team in South Africa has legitimised an attacking mentality, and has helped ensure an interesting rise in the level of play in the Chilean Championship.

The current tournament came to a close on Monday with a two-legged final showcasing the debt owed to Bielsa.

Little O'Higgins of Rancagua were seconds away from winning their first title. They won the home leg 2-1 against Universidad de Chile, and went into stoppage time in the return game level at 1-1. But they conceded a goal, forcing a shoot-out and, their nerve gone, O'Higgins missed all their penalties.

The final produced two pulsating matches, as might be expected given the background of the coaches.

O'Higgins boss Eduardo Berizzo is a Bielsa protégé, both as player and coach, and former assistant to his mentor with the national team. And Universidad de Chile, who have played some of the most attractive football in the continent over the past year, are coached by Jorge Sampaoli, a self-confessed Bielsa disciple.

Their two teams went for each from the first to the last. Indeed, with the muddy pitch in O'Higgins' small stadium and the gung-ho approach of the teams the first leg was a game with an old world air, like a rerun of 'The Big Match' from the early 70s.

But if it was retro then this is Chilean football going back to the future, forging an attacking identity which should ensure that the national team remain the neutrals' favourites.

Comments on the piece in the space provided. Questions on South American football to vickerycolumn@hotmail.com, and I’ll pick out a couple for next week.

Q) I really like the look of young Romarinho of Corinthians. Is he highly rated at the club?
Neil Badmin

A) You sent this in after his first start for the club, last weekend when Corinthians fielded a reserve side and he scored both goals in a 2-1 win over historic rivals Palmeiras.
Since then the story has got even better.

Last Wednesday he came off the bench in the last 10 minutes of the first leg of the Copa Libertadores final away to Boca Juniors. With his first touch – not just of the game but of the entire campaign – he came up with a subtle little finish to score the equaliser.

He’s only been with Corinthians a month. Two weeks ago he was not even a household name in his own home. Now he’s scored one of the most important goals in the club’s history, and Ronaldo is talking up his chances for the World Cup. What a story!