As recently as two decades ago, when Ecuador met Venezuela in World Cup qualification it was about as significant as when Liechtenstein take on the Faroe Islands.

This Friday, the two South American countries face each other in the opening round of the continent's Fifa 2014 World Cup qualifiers - with both entitled to believe that they are taking the first step on the road to the finals in Brazil.

Some of this faith comes down to numbers. As hosts, Brazil are guaranteed a place in their own World Cup.

Without them there are just nine South American nations taking part in the qualifying process. But the continent has retained its full complement of slots. Four go through automatically.

The team finishing fifth will take part in a play-off against opponents from Asia. There is a good chance, then, that in addition to Brazil another five South American countries will be present at the 2014 World Cup.

But even if half of the European teams made it through, the genuine minnows would still not qualify.

And that is what Ecuador and Venezuela were until comparatively recently - mere cannon fodder for the traditional teams to boost their goal difference. 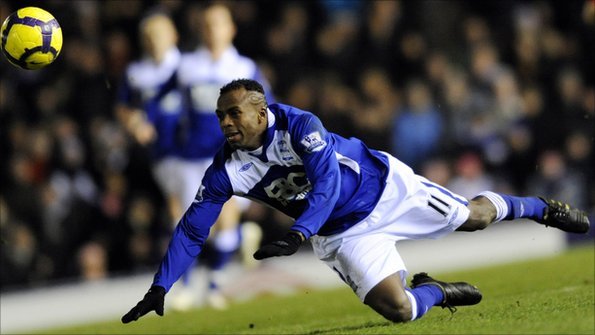 Times have changed, however, and the biggest single factor behind this was the introduction 15 years ago of a new format for World Cup qualification.

Up until the 1994 tournament, the South American nations were split into groups. There were few games, the process was over quickly and since the Copa America - the continent's equivalent of the European Championships - has no need of qualifiers, there were intervals of years with no competitive fixtures.

It was easy enough for the likes of Brazil and Argentina to arrange high-profile friendlies to fill the downtime. It was much harder for the lesser nations.

For the France '98 qualifiers, the South American nations were placed in one big group, playing each other home and away in a marathon league.

This was a hugely significant switch. It gave the continent's less traditional countries the kind of structure taken for granted by all European national teams - a calendar of regular competitive games.

A team could grow together, developing in terms of tactics and confidence. Guaranteed income meant the weaker nations could appoint good coaches and invest in youth development.

The figures speak for themselves. Before the switch Ecuador had only ever won five World Cup qualifiers. They won six in that next campaign, narrowly missing out on a place in France 1998, before making their World Cup debut four years later and reaching the last 16 in 2006.

Venezuela, a land more associated with baseball and beauty contests, had only ever won two qualifying matches. They turned the corner in 2001, stringing together four consecutive stylish victories.

In 2004 they secured a famous 3-0 triumph away to Uruguay in Montevideo's Centenario stadium - at that time Brazil had never managed a win there in a World Cup qualifier or a Copa America game.

In fact, they now only have the scalps of Brazil and Argentina left to take in full competitive matches - they deservedly beat Brazil in a friendly on neutral ground three years ago, and they will have a crack at Argentina next Tuesday in the second round of the 2014 campaign.

That game, in Puerto La Cruz, will be one of the biggest and most glamorous ever played by the Venezuelan national team.

First, though, comes the trip to Quito to take on Ecuador an an immediate reminder of the problem of picking up away points in South America.

Distances are vast and there are differences in conditions to be overcome - such as the altitude of Quito.

At 3,600 metres above sea level, Bolivia's mountain fortress of La Paz is the venue no one relishes. In the 2010 campaign, while he was coaching Argentina, Diego Maradona painfully discovered that motivational slogans were not enough to deal with the effects of altitude. His side lost 6-1.

Quito, at 2,800 metres, is not so extreme, but it also constitutes a problem for unacclimatised opponents.

Then there is the quality of the team. Ecuador are having problems replacing some of the golden generation who took them to the World Cups of 2002 and 2006, especially in defence. But they have some firepower.

With Cristian Benitez (strange that no one in England picked him up after his time with Birmingham) and the emerging Cristian Suarez, they have quick, strong strikers capable of making Venezuela suffer in the rarefied air.

For this reason, Venezuela coach Cesar Farias has been making special plans. He has chosen different squads for the two forthcoming games - a group of 22 to travel to Ecuador, and 24 to host Argentina.

Only nine players appear in both and the bulk of the Ecuador party have been receiving specialist altitude training.

Such attention to detail could end up being vital. Every point matters in what has surely become the most competitive World Cup qualifiers on the planet.

In the 2010 qualifiers the team that came fifth, and made it through to play-off against Costa Rica, finished the campaign on 24 points, just one ahead of sixth-placed Ecuador and two in front of Venezuela, who were eighth.

That team was Uruguay, who went on to reach the semi-finals in South Africa, and won the 2011 Copa America. Brazil is where they won their last World Cup back in 1950.

Yet Uruguay kick off the 2014 campaign at home to Bolivia on Friday well aware that the emergence of the likes of Ecuador and Venezuela means there is no guarantee of a place in Brazil this time.

Comments on the piece are welcome below. Questions on South American football can be emailed to vickerycolumn@hotmail.com, and I'll pick out a couple for next week. Here are some from last week's postbag:

Q) I was wondering what your thoughts were on an international recall for my favourite player Fabricio Coloccini. After a difficult start to his time at Newcastle he has been our best player for the last two seasons, and has started this season as our new captain and in absolutely superb form, Newcastle having only conceded three goals in six Premier League games so far. I would say does playing for a mid-table Premier League club count against him but our other Argentine, Jonas Gutierrez, has regularly been in squads under the last four Argentine managers. I would certainly rate Coloccini more highly than some of the current crop of centre-backs playing for the national team.
Dan Hodson, Newcastle

A) He had an immense reputation as a youth player, and his career hasn't quite lived up to it. I've always thought that at the highest level his lack of pace can be exposed and he can be drawn into committing fouls in dangerous areas.
As you say, though, Argentina are not especially blessed with centre-backs at the moment, and good performances in the Premier League will not go unnoticed in Argentina. I wonder if new coach Alejandro Sabella is going to settle on a back three. If so I don't think it would be wise to play him as either of the flank defenders, but De Michelis in the middle of the three is not quick, so perhaps Coloccini could come in there. I don't think I'd be in favour myself, but what do Argentina (or Newcastle) fans think?