Peru finished bottom of the table in South America's 2010 qualifiers. They lost all nine away games, conceding 26 goals in the process. Their preparations for the current Copa were rocked by injuries, losing captain and centre forward Claudio Pizarro, highly talented support striker Jefferson Farfan and spiky Brazil-based midfielder Luis Ramirez - all first choice players - plus Jesus Rabanal, a strong candidate for the left back position. No other team in the Copa suffered such ill fortune. And yet here are Peru in the last four.

There is an easy explanation for such a sensational turn around. What a difference a coach makes!

Some will argue that the credit or the blame always belongs to the players, that the importance of coaches is over-stated, and so on. And, hardly surprisingly in such an insecure profession, some coaches are clearly prone to indulge in marketing antics aimed at exaggerating their own contribution. But the fact remains that in a team sport such as football they have a vital role to play. 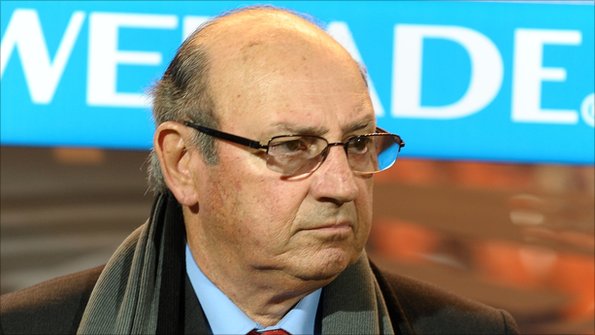 Their functions are few, but fundamental. They need the technical knowledge to prepare and select the team. And they must have the human skills to set the emotional tone in which the work is carried out. There is a key point at which the technical and the human come together - that of convincing the players that the strategy chosen is the right one, and that if everyone follows their instructions then the chance of success - which can only be achieved collectively - is far greater.

The CV of current Peru boss Sergio Markarian shows that he has been able to perform this feat time and time again. He can even point to a victory away from home against a Jose Mourinho side - for Panathinaikos against Porto in the UEFA Cup. He may not be a household name in Europe - his experience in the continent is restricted to Greece. But he is hugely respected in South America.

Markarian was in at the start of the recent boom of Paraguayan football, grooming a group of youngsters through the Barcelona Olympics. Many of them were stalwarts in the senior side that he qualified for the 2002 World Cup, before being ludicrously replaced by the Italian Cesare Maldini.

His time in domestic Peruvian football is crowned by taking Sporting Cristal to narrow defeat in the final of the 1997 Copa Libertadores - no club from the country has come remotely close to emulating their achievement in the subsequent 14 years.

Markarian's track record meant that as soon as he was appointed as national team coach Peru's players felt the boost of knowing they were in good hands. They knew that he would not stand for the slipshod way that the local FA had been running the national team. And that, if they gave their all to his project, he would defend them against perhaps the most negative-minded, scandal-obsessed sporting press in South America. They also trusted him to sort out the defence.

"There's nothing beautiful about allowing the opponent to enjoy himself," he said after masterminding Saturday's 2-0 quarter final win over Colombia. Earlier this year he commented that he was "trying to build a team which plays in the attractive style that Peruvians like. But more important is a team efficient both home and away, that thinks it can win wherever the game is played. We have to increase the level of aggression in our marking, and not let the opponent play so much."

In the ten games of Markarian's reign going into the Copa, Peru conceded just 3 goals - and they have taken that defensive solidity into the tournament. Indeed, the attacking injuries his team have suffered has allowed the coach to concentrate all the more on keeping things tight, though with centre forward Paolo Guerrero wonderfully supported by the marauding Juan Manuel Vargas down the left, Peru have consistently offered a threat to the opposing goal.

"I want to go into the World Cup qualifiers (which start in October) in a position where the opponents have more respect for us," said Markarian a few months ago, "and for this the Copa America is perfect."

That mission has already been accomplished. But after Saturday's triumph Peru are hungry for more - which puts Markarian in an awkward position on Tuesday, when his team face Uruguay in the semi final.

Markarian is Uruguayan, with a strong sentimental attachment to the land of his birth and its national football team. He even decided to become a coach while watching Uruguay being humiliated by the great Holland side in the 1974 World Cup. His idea was to save the sky blues. Instead he will seek to plot their downfall, and add extra momentum to the remarkable resurgence of Peru.

Q) I am a curious follower of the Chinese Super League primarily based on my nationality. The Manchester City-esque club of the CSL, Guangzhou Evergrande has been buying up pretty much any player that will join them and recently signed an unknown Argentine called Dario Conca on one of the highest wages in world football (I was wondering if you know much of this player at all and could shed some light on his abilities.
Charlie Jiang

A) He's a little left footed playmaker who's had a curious career. He didn't really make the grade in his native Argentina, picked up some momentum in Chile and then really came good in Brazil, especially last year with Fluminense, when he was key to their title win.

A good, perky little player, but not a great - he must be astonished to have been offered this kind of money. He's a shy type off the field, so adaptation is a concern. On the field he's a bit lightweight, but he's clever and crafty and rarely gets injured.

Q) Having just seen Corinthians bid £35m for former player Carlos Tevez, and players such as Neymar and Lucas being touted around for similar amounts, I'm just wondering where the sudden influx of revenue has come from, to allow for vast sums of money potentially exchanging hands?

It was only around 5 years ago that most Brazilians were virtually being shipped off by their clubs, for paltry sums to ply their trade in Europe. Is Football flourishing in Brazil or are clubs potentially heading for a meltdown?
Neil McGuire

The currency is very strong, and Brazil has been living a consumer-led boom. The country is huge, so a club like Corinthians can count its supporters in the tens of millions. Even if average crowds in Brazil are poor, millions of people identify themselves with Corinthians, making them attractive to sponsors wanting to reach this market, and also forcing up the amount of money the clubs receive in TV rights - a new deal will effectively double the money.

There are still problems to overcome - the domestic calendar is a farce, and despite the new flow of income, the clubs' debts are still rising. But the fact that Corinthians can offer a fee for Tevez is landmark moment.