Asuncion is currently the capital of South American football - and not just because the offices of the continent's governing federation are situated on the outskirts of the Paraguayan capital.

Eight teams are left standing in the Copa Libertadores, South America's Champions League, and two of them are based in the Paraguayan capital; Cerro Porteno, who have blown hot, cold and lukewarm during the competition, and Libertad, who have been consistently excellent. No other country can boast more than one club in the last eight.

In the case of Argentina, the traditional power in the Libertadores, this is no longer a surprise. It merely repeats the pattern of recent years - but for Brazil, it is a bombshell.

In the last two seasons, Brazil has provided four of the last eight, and something similar seemed on the cards this year after five Brazilian clubs qualified for the first knockout round, where they all managed to avoid each other.

But last Wednesday four of them were eliminated, only Santos made it through to the quarter finals - Brazil's worst showing by far since 1994, when just three teams reached the last eight. 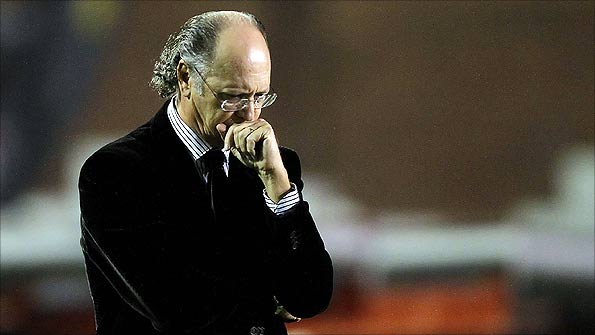 What makes this more surprising is that the current strength of Brazil's currency and the country's economic progress is reflected in the squad lists - high-profile players have been returning home of late and promising youngsters are staying at home longer.

A sizeable economic gap has opened up between the Brazilian clubs and their opponents from other South American nations. So how on earth could those clubs have suffered such a disastrous night?

The short answer is that the opposition played better. Only one Brazilian club, reigning champions Internacional, could claim, on the balance of play over two games, to have been unfortunate. A terrible five-minute spell just after half-time in the second leg cost them dear in a 3-2 aggregate defeat by Penarol of Uruguay.

The rest could have no complaints. Gremio were deservedly beaten home and away by Universidad Catolica from Chile and although Libertad left it late to score the goals to earn a 4-3 win over Fluminense, the superiority of the Paraguayans in both games was undeniable.

The most surprising elimination, however, was that of Cruzeiro, who won the first leg 2-1 away to Colombia's Once Caldas, only to be turfed out 2-0 at home.

As for Santos, they rode their luck to beat America of Mexico 1-0. But for a superb performance from goalkeeper Rafael, Brazil's interest in the 2011 Libertadores would have ended already.

Trying to find a pattern behind these events is not easy - thankfully and gloriously, football defies such neat categorisations - but there are some factors which would seem to have a bearing.

One is a lack of emotional control. True, over the last 20 years Brazil has been replacing Argentina as the leading force in the Libertadores, but on the last five occasions that teams from the two countries have met in the final, the Argentines have come out on top.
Brazilian sides can self destruct when the stakes are high - remember the national team against Holland in last year's World Cup. 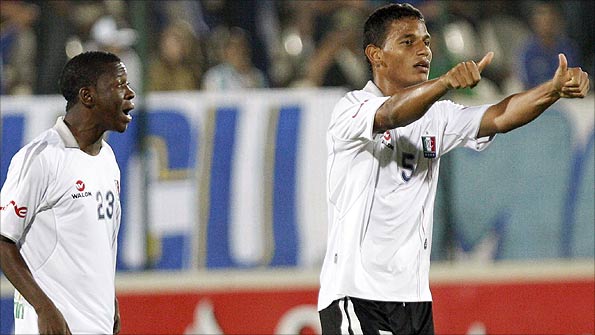 Another factor is the calendar of Brazil's domestic football. For months, leading clubs have been cruising through meaningless games in the appalling state championships but now these competitions have reached their climax, with big local derbies - at the very moment that the Libertadores gets serious.

It is not easy to fight on two fronts. Cruzeiro paid the penalty. Top scorers in the Libertadores, they faced Once Caldas on Wednesday without their three leading strikers, all injured the previous weekend.

But emotional fragility and poor domestic organisation are not new. It was the same last year, and the year before, when Brazil dominated the Libertadores. So is there some new factorto explain this season's early exits? I believe there might be.

Current Brazil boss Mano Menezes is a shrewd observer of the international scene. When he was appointed, he mentioned a trend he was observing in Europe: "Coaches took out nearly all the strikers from their teams. Now they're putting them back."

This dynamic has reached South America - and it has caught the Brazilian clubs unprepared. Specifically, they are not set up to deal with opponents who come at them with three up front and attack the wide spaces.

Brazil invented the back four, dropping an extra player to the heart of the defence to provide cover. It pushed the full-backs out wider and gave them more freedom.

When wingers disappeared and there was no one to mark, Brazilian full-backs became attackers, charging up with the flanks in glorious style - in the 1950s Nilton Santos was charging forward from left-back and everyone remembers Carlos Alberto's brilliant final goal from right-back in the 1970 World Cup final - but over time, clubs ran the risk of becoming over-dependent on them for launching the attack.

As a result of this counter-atacking strategy, central midfielders took on more defensive tasks and gave up their previous responsibility for setting up the play.

Brazilian clubs had a warning of the changing times in 2008, when LDU of Ecuador beat Fluminense in the Libertadores final. The Ecuadorians went with two wide strikers, and throughout 90 minutes of the first leg and 120 of the second the Brazilians were unable to find a response.

Throw the full-backs forward, and there is too much space behind. Keep them back and without its usual 'out' ball the midfield struggles to maintain controlled possession.

The end result of all this will surely be positive. Brazil's tradition of attacking full-backs is a wonderful thing, and should not be jettisoned but defeat always presents an opportunity for reflection and football can only benefit if Brazilian clubs add more options to their game by re-activating their earlier tradition of imaginative central midfield play.

In the short term, too, there is something to celebrate. Seven countries are represented in the last eight of the Libertadores. It is not healthy when one country becomes too dominant - though they may not agree down in Paraguay.

Comments on the piece in the space provided. Questions on South American football to vickerycolumn@hotmail.com, and I'll pick up a couple for next week.

Q) I recently saw Lucho Gonzalez having a solid game for Marseille, do you think he has a future in the Argentine national side, or will coach Sergio Batista attempt to implement younger players?
Mark Colman

A) No, I think his time has gone. Batista has Banega, Mascherano and Cambiasso, he likes Biglia and there's Gago to come back after injury, so I'd be surprised if Gonzalez gets another go.

I don't think his international career ever really recovered from the 2006 World Cup elimination against Germany. That controversial move when the coach substituted Riquelme was not supposed to alter the flow of the side - the idea was that Lucho would step up and boss the midfield. It didn't happen.

Q) I'm a big fan of Riquelme as he is just a joy to watch every time! Do you see Riquelme being able to return to the Argentina national team? He was not picked for the team when Maradona was in charge following their bust-up and hasn't had the best run of games for his club. Do you think he still has something to offer to the current squad or is it really the end for him?
Nico Man

A) Interesting one, where perhaps the most sensible answer is 'never say never.'
Indeed, Riquelme has been hampered by a run of injuries and by the fact that Falcioni, the current Boca Juniors coach, doesn't usually build his sides around an old fashioned number 10. Given the fact that Riquelme is now coming up 33, it might be easy to conclude that he has no way back.

But national team boss Batista is a huge admirer, and it might not take much of a resurgence from Riquelme for him to contemplate a recall. He would have to rejig his side - you couldn't fit Riquelme into his current 4-3-3. I wouldn't bet on a recall, but it is by no means impossible.