History teaches us that Fifa has changed little

A couple of weeks ago I was doing the translating when Dan Roan interviewed former Fifa president Joao Havelange at the Soccerex conference in Rio de Janeiro.

Still entirely lucid well into his 90s, the Brazilian was asked what needed to change in Fifa. "Nothing," he replied. "It's perfect. It's not because of one fact in 50 years [a reference to the recent corruption scandals] that we have to change."

It is impossible to agree.

The facts would appear to be not one but many. Hiding behind its status as a not-for-profit organisation, Fifa's lack of transparency is surely unsustainable.

But Havelange added something else which is hard to refute. "Football today is a power that has to be applauded," he said. Indeed, there has been an extraordinary global expansion of the game since he replaced England's Stanley Rous as Fifa president in 1974. Football has conquered new territories. Havelange's plan to globalise the game, given continuity by his successor Sepp Blatter, has been an undeniable success.

Nowadays, football generates rivers of money from sponsors and television rights - and it is alleged that some of this money has been finding its way into private bank accounts. The corruption is an unwelcome spin-off from the success of the game.

Some may disagree but I am in favour of the investigative work carried out by elements of the British media. One of the most noble tasks of journalism is to make those in power uncomfortable. No-one is obliged to become a sports administrator. Of course they must account for their actions. The investigative work of the free press must continue.

But I also believe that some of this investigative work suffers from a lack of context. The corruption is attacked without any sense of its relationship to the success of the game. There seems to be an underlying belief that everything was rosy in the garden while the English were in charge.

In comparison with the shenanigans of the Havelange/Blatter years, the time in which Fifa was presided over by Rous is held up as a kind of paradise lost. Yet the record books do not make quite such impressive reading. 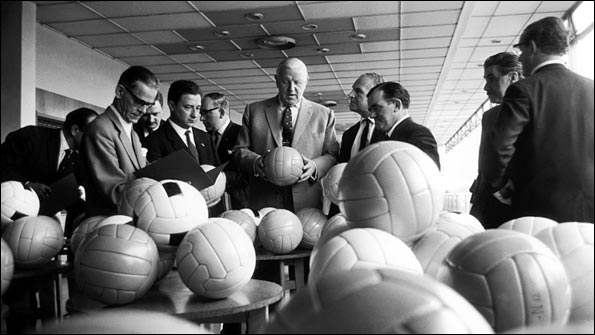 Under Rous, Europe dominated Fifa. Of the 32 games at the 1966 World Cup, 25 had European referees, who gave Pele no protection as he was kicked out of the tournament and made a hash of the quarter-finals, thereby alienating the South Americans.

Relations with Africa were strained for two reasons. Firstly, because Rous was reluctant to give them automatic World Cup qualification, using the argument that their standard of play was not high enough. But how could they improve without the chance to learn at the top level? Then there was Rous's position in favour of apartheid South Africa. His judgement looked poor at the time but appears disastrous in hindsight.

Further nations were alienated by one of the darkest chapters in Fifa's history: the decision to authorise the World Cup play-off match between Chile and the Soviet Union in Santiago's National Stadium in November 1973.

General Augusto Pinochet had launched his coup in Chile on 11 September and had used the National Stadium as a concentration camp for his political opponents. Hundreds were murdered there and thousands were tortured. Two weeks before the game was due to take place, the remaining prisoners were either released or moved to other institutions and the bloodstains were hurriedly removed.

The Soviet Union quite correctly refused to play in such a venue. Staging the match in Uruguay would have been an acceptable compromise but Fifa ordered the game to go ahead and Chile eventually took the field with no opposition.

Making such a monumental humanitarian blunder would seem to indicate that Rous was some way out of his depth on the global stage. But while the British investigative journalists have gone after the Fifa of Havelange and Blatter, they have been less inclined to turn their guns on the reign of Rous, who attempted to hold the moral high ground with his holier-than-thou tone.

Some of England's problems inside Fifa may date from this time - there are some old men on Fifa's executive committee with long memories. 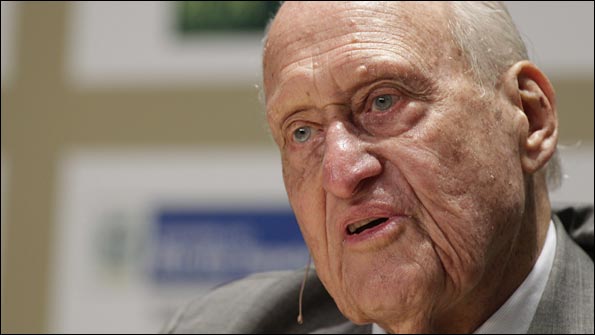 And so with England left on the outside, the Havelange/Blatter project goes on. Fifa's quest to take the World Cup all a round the globe is both laudable and problematic.

The former because the game belongs to the people. The latter because there is always the risk that the people end up paying more than they should for the privilege.

Fifa is so powerful that it is able to bully the host nation. Its own business is low risk - it makes money from the sale of television rights. Meanwhile, it receives all kinds of tax breaks and pressures the government to spend money not only on infrastructure but also on stadiums - some of which become white elephants.

In the developing world, where governments have so many other pressing priorities, this is a cause for concern.

Moreover, all that spending on stadiums and infrastructure inevitably produces opportunities for money to be siphoned off into private pockets. Once again, the corruption in football is connected to the game's global expansion.

Q) I remember in the late 1990s Alvaro Recoba was being touted as a potential great. His style of play reminds me of Robin van Persie. I was wondering why his obvious talent was never fulfilled and why he never succeeded in the European game. It would appear players from Uruguay struggle to adapt to the European leagues, talented players such as Recoba, Fabian Carini, Diego Forlan and Lodeiro have either failed or struggled. Is there a key element to the Uruguayan style which hinders footballers moving to Europe? In terms of ability, I have always looked at Recoba as more gifted than compatriot Forlan. What is the general belief from the Uruguayan fans on this point?
Martin Hadfield

A) I think you've been hard on Uruguayans. Plenty have succeeded in Europe. Of the list you mentioned, Lodeiro has hardly started and Forlan has been an undoubted success. And I'm not really sure that it's fair to say that Recoba didn't succeed in Europe - he scored more than 50 goals for Inter Milan.

It is correct, though, that he never took the step up to become a true great. I think most would share your view that he is more naturally talented than Forlan. But I think he lacks Forlan's mental strength. The truly great player makes himself indispensable at key moments but Recoba has always given the impression of an impish kid, rather than a player you can rely on to come good when you need him.

Q) While travelling in South America, I saw a feature on the Corinthians goalkeeper Julio Cesar. In it was footage of some unbelievable double and sometimes triple saves. I hadn't seen saves like that since Neville Southall was at his peak. He's clearly a great shot stopper and acrobatic, too. However, he's not that young and relatively inexperienced. Do you think he could play a role for Brazil in the national team?
James Tenniswood

A) He has come through from nowhere this season and enjoyed an excellent campaign, although he gave away a goal on Sunday with an awful kicking error. Brazil has become a first class producer of goalkeepers. Who would have thought, 30 years ago, that Brazil would be exporting keepers to Europe? So there is a lot of competition for the national team. But playing for Corinthians gives Julio Cesar a powerful constituency. He's already 26, so no time to waste. Another good year with Corinthians, especially if they can win next year's Libertadores, might be enough to get him into contention.