Millions of people every year move to live in a new country and struggle to make sense of their new surroundings as they deal with a different climate, new language and unfamiliar culture.

The fascinating thing about footballers is that they go through this process in public. Everything they do is geared towards their performance on the pitch, where their work (i.e. the success of their adaptation) is viewed and judged by thousands in the stadium and millions watching on television.

Extra interest is added by the fact that footballers have not usually grown up as global citizens. They are frequently drawn from the lower end of the social scale, with little access to cultures outside their own. Then, of course, there is their youth. Many of the migrating players are at an age when they are going through changes and establishing their own identity as an adult - a process that can be difficult enough on familiar ground.

It is hardly surprising, then, that there are casualties - players unable to cope and whose potential is never transformed into reality.

Sandro, Tottenham's new Brazilian acquisition, is determined not to be one of them. 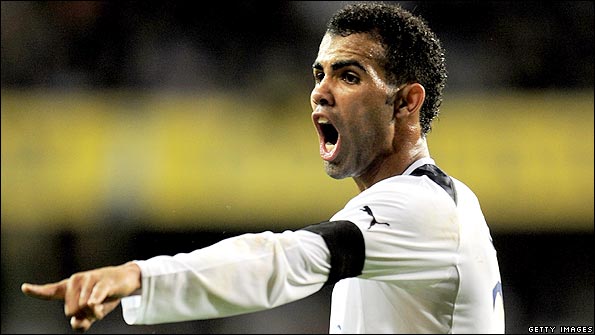 Before crossing the Atlantic, he took the initiative of teaming up with a Brazilian sports psychologist. Well trained in preparing her compatriots for life in Japan, she focused Sandro's mind on one key point.

"She told me to forget about Brazil," the player told me a few minutes after making his debut against Arsenal last week in the Carling Cup. "I have to put Brazil out of my mind and make my life here, form my family here."

It is excellent advice - simple, but easily ignored. It does not make Sandro any less patriotic. It does mean that he should be able to avoid an obvious pitfall.

In his time at Manchester City, Robinho always seemed to expect an automatic, first-team place and the same, everything-is-a foul criteria from referees that he was used to back home.

When he left Chelsea, Luiz Felipe Scolari lamented that his relationship with the players had mostly been purely professional. He had wanted to play the father figure role more normal in Brazilian football. Both he and Robinho might have been more successful in the Premier League had they heeded the advice given to Sandro.

It is, though, increasingly difficult to make the mental transition. Sixteen years ago, when I moved in the opposite direction to Sandro, the only feasible method of communicating with England was by writing a letter - one week to arrive, another to get a reply. Technology has moved on so much.

I have two Brazilian stepdaughters, slightly older than Sandro. Both are now in Europe. With a simple application on their mobile phones they can call home for free. It means that routine problems are reported back to their mum. One called home recently because she had woken up with a toothache.

For a footballer, this ease of communication presents a threat. His is a team sport. How can he find a collective common denominator with his team-mates if his mind has never left home? 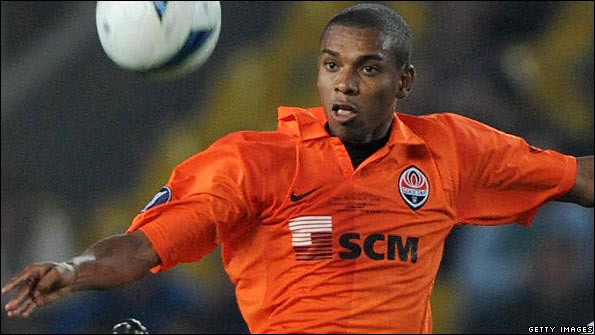 Young Brazilian attacking midfielder Willian plays for Ukraine side Shakhtar Donetsk. Some time ago, I saw an interview with him and was struck to learn of his apparent lack of integration into Ukraine life. He watches a Brazilian TV channel on cable - the idea of watching something from his adopted home was greeted with laughter - and talks to friends and family back in Brazil on the internet.

In his case, he has plenty of Brazilian team-mates to bond with. But that does not apply to Sandro, who only has goalkeeper Gomes at Tottenham.

Although his English is still very limited, Sandro has clearly been making an effort to build up a relationship with his new colleagues. "There's a really good group here," he says, "and they've received me really well." When he was replaced in extra time of the recent Carling Cup game with Arsenal, the entire Tottenham bench - the subs and the injured players - all came across to congratulate him.

There was plenty to congratulate. "I'm sad about the result," he said after Arsenal's 4-1 win at White Hart Lane, "but, on an individual basis, I was reasonably happy with how it went. It's always great to play in matches where there's a lot of rivalry. The main difference from the Gre-Nal (the Gremio versus Internacional derby in Porto Alegre, perhaps the fiercest in Brazil) is that more physical contact is allowed here. That suits me."

Before the match, Spurs manager Harry Redknapp had bizarrely compared his new signing to Socrates. Too young to have seen the 1980s star, Sandro is nevertheless aware that he is a very different kind of player to the Brazil legend.

"Athletic" is one of the last words that could be used to describe Socrates - and one of the first for Sandro. He may not possess the imagination of Socrates, who developed his skill with the backheel to compensate for his lack of athleticism, but he is much more dynamic, winning tackles on the edge of his own area and with the engine to get into the opposing box.

"I'm happy to be compared with a quality player," says Sandro - and wants the chance to show his own quality.

After helping Internacional win South America's Copa Libertadores in mid-August, he has not been included in Tottenham's squad for the Champions League. 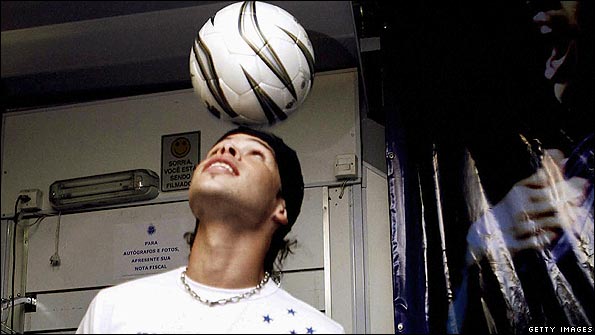 Kerlon, famous for the 'seal dribble', has struggled since moving to Europe

"I was frustrated when I found out," he says, "but there is a positive side. It means that I have more time to settle in, to get to know the club and the city. But I've been told that the list can be changed in January. Now I have to use every game I play and every training session to push my claims, so when January comes the manager will have to find a place for me."

Q) Whatever happened to the master of the seal dribble, Kerlon? I was amazed to see that he is currently on Inter Milan's books but he hasn't been playing much, if at all. Yet another youngster who moved too soon?
Iestyn Williams

He's been dogged by injuries for years - and this has clearly been the main problem. Perhaps, though, if he could have his time again he might go easy on the seal dribble. It has tended to overshadow him - the player who made his name in the 2005 South American Under-17 Championships had so much more.

Since then he's rarely been fit, but, when he was playing for Cruzeiro, he always seemed under pressure to come up with the seal dribble rather than choose the right option. He left for Italy before he had established himself as a senior player - and that was asking for trouble.

An interesting question. In Rio, I've spoken to talented youngsters as young as nine or 10 and been struck by their ambitions - play for Barcelona and Real Madrid, buy a house for his mother, have an expensive car and a girlfriend with blonde hair. These type of benefits of a top-class career have already permeated their consciousness. But I still think the main reason they play is the joy of doing so. It must give them huge pleasure or else there is no way they would spend so much time doing it.