When Brazil shine, the players get the credit for their flair and brilliance. When they fall short of expectations, the coach gets the blame.

Being in charge of Brazilian team is like sitting in a coconut shy - plenty of things are thrown in your direction. And the bombardment could be especially fierce in the case of new boss Mano Menezes, who is taking over with everyone knowing that he was not the first choice for the job.

Muricy Ramalho, currently in charge of Fluminense, was the preferred candidate of the CBF - the Brazilian FA - and a man who, after guiding Sao Paulo to three consecutive league titles from 2006-08 he gave an interview in which he described the notion of turning down the Brazil job as "a joke".

And yet, he has done exactly that, leaving the CBF looking stupid and lapping up criticism from the local media.

On Saturday, sports daily Lance! put an editorial on its front page describing the farce with Ramalho as an example of "the amateurism and improvisation of the actions of the CBF and its directors with things of real importance to our football. Attitudes for which we have already paid a high price, with the loss of titles and of chances to organise our domestic football. And which have transformed the organisation of the 2014 World Cup into a blind flight to an uncertain destination". 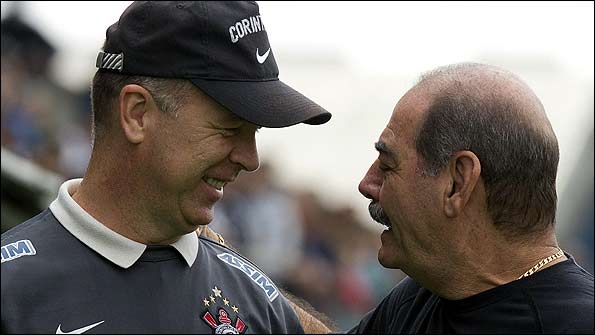 The problem was that Fluminense would not free Ramalho from his contract. Indeed, it does seem an extraordinary oversight from the CBF not to have checked this before announcing that he was by far the best man to take them forward.

But Ramalho could have walked. A compensation claim could have been negotiated. It would be naïve to expect such loyalty to run both ways. If Fluminense have a run of bad results, they are liable to sack Ramalho without a minute's thought - they have done it to plenty of others.

Ramalho has said that contracts should be honoured, and that he needs to give an example to his children by sticking to his agreement with Fluminense. It sounds like an attempt to claim the moral high ground, but I wonder if his refusal has been chiefly motivated by the pragmatism that has always been the hallmark of his teams. Perhaps he was afraid that whoever takes over now might prove to be a fall guy.

As soon as Dunga was sacked following Brazil's quarter-final exit from the World Cup, CBF president Ricardo Teixeira talked of the need for renewal.

Brazil took an old squad to South Africa and few of them will be around in 2014, so there is a big rebuilding job to be done. The new coach may take charge of the Under-20s and will certainly, assuming Brazil qualify, lead the Under-23s at the London Olympics.

He will also be expected to throw plenty of youngsters straight into the senior side, starting with next month's friendly away to the USA.

The obvious risk is that results might suffer while an inexperienced team finds its feet. That is what happened some 20 years ago when the great midfielder Falcao took charge of Brazil after the 1990 World Cup with a similar rebuilding brief. Before long, he had lost his job.

The shadow of Luiz Felipe Scolari hangs over the new coach. He remains the overwhelming peoples' choice and even former captain Socrates appears to have been seduced by the charisma of a man who sees the world from a very different perspective.
In a recent interview on this website, Socrates pushed Scolari's claims - a fan of Fidel Castro lining up behind an admirer of General Pinochet.

But 'Big Phil' ensured that he was out of the running by agreeing to coach Palmeiras before the World Cup. He doesn't want the Brazil job now, but he would surely love to have it in two years time, in the run up to 2014. 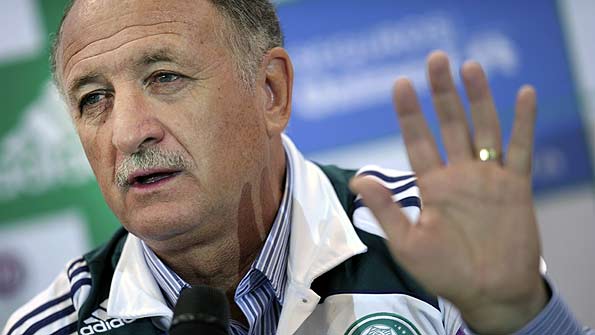 'Big Phil' Scolari guided Brazil to World Cup glory in 2002 and may fancy trying to do so again in 2014 - photo: Getty

So, Mano Menezes has accepted the challenge and the CBF website has paid tribute to his courage in doing so. A (very) lower division centre-back in his playing days, he coached a number of minor sides before hitting the big time in the last five years with Gremio and Corinthians.

He picked both up after relegation to the Second Division, took them back up and reinstalled them among the giants, leading Gremio to the final of the 2007 Copa Libertadores and winning last year's Brazilian Cup with Corinthians.

Menezes is no out-and-out-romantic - there is little space for such figures in contemporary Brazilian football. Like Scolari and Dunga, he is from the south of Brazil, a region where mass European immigration has left its mark with a preference for a tough style of play. But there are promising signs in his nurturing of all-round midfielders, an area where Brazil badly need a rethink.

Lucas developed well under him at Gremio and Cristian and Elias have caught the eye with Corinthians. He is also a believer in pacy wide attackers, Carlos Eduardo with Gremio, Dentinho and Jorge Henrique with Corinthians. His Brazil are unlikely to be totally dependent on the full-backs for penetration down the flanks.

With his cropped hair and pale skin, Menezes has the appearance of a US marine. But there is clearly more to him than a sergeant-major figure. He is held in affection by his players - as shown at Saturday's press conference when Ronaldo, Roberto Carlos and others briefly invaded the show to give their congratulations.

Mano Menezes is known for his cool demeanour, he is unlikely to be seen knocking nine bells out of the dugout, as Dunga did during that quarter final defeat by the Netherlands.

But he takes charge of Brazil at an awkward time and that inner calm will be thoroughly tested over the next few years.

Comments on the piece in the space provided. Questions on South American football to vickerycolumn@hotmail.com and I'll pick out a couple for next week.

Q) Do you thing Peru stand a chance of qualifying for a World Cup again soon?
Krister Wendelborg

It's been a while. They haven't made it since '82, and though they were close in '86 and '98, they've been miles away since, but I'm certainly expecting some improvement in the next campaign. Over the last couple of years there have been some promising signs from Peruvian clubs in the Libertadores.

I'm also a big fan of Sergio Markarian, the Uruguayan who has just been brought in to coach the national team - a very serious figure. But this next set of qualifiers will be extremely competitive, and I wonder if there's enough genuine quality available to pick up points away from home.

Q) As a Benfica fan I would like to know your opinion on our new signing Nicolas Gaitan from Argentina. He is replacing fellow Argentinean Angel di Maria who is going to Real Madrid. Do you think Gaitan has the qualities to be a major player in the Liga Portugal and the Champions League?
Marco Sody

A) Although Gaitan is also left footed, they are very different players. Di Maria is a flyer. Gaitan came through the ranks more as an artistic foot-on-the-ball midfielder, though Boca were also using him wide right, curling in crosses for the centre forward. Di Maria's gifts make him more naturally suited to the European game. I hope Gaitan comes off, but I'll be surprised if he makes the same impact as Di Maria.