The time for definitive conclusions on the World Cup is 12 July. Until then, as we have already seen, Monday's marvel can easily be transformed into Friday's flop. On what has been served up so far, though, it is safe enough to argue that Brazil look best equipped to win the competition.

The 2010 model might not be the easiest Brazil side to love but it is one of the hardest to beat. Well balanced, physically and mentally strong, sure of what it is doing and blessed with deadlock-breaking moments of individual magic, Dunga's team will take some stopping.

This is hardly a surprise. In South Africa, Brazil are reproducing the form that lead them, along with Spain, to be considered pre-tournament favourites.

What might be more of a shock is that Brazil are leading such a strong contingent from their own continent. With an accumulated seven wins and two draws, this has been South America's World Cup so far.

True, Chile could have a problem. Spain losing to Switzerland was a bad result for La Furia, but it was even worse for the Chileans, who now may end up needing a draw against the Spaniards to survive.

Paraguay and Uruguay are not there yet, but they are close.

And only a spectacular collapse will prevent Argentina from reaching the last 16. 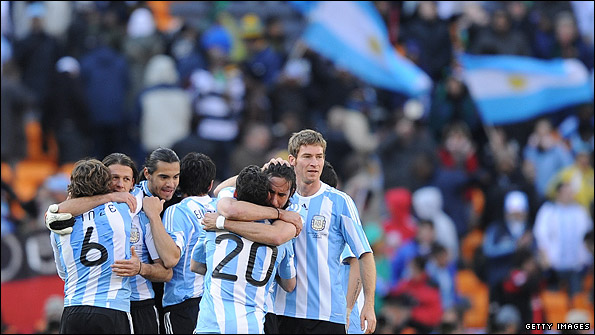 Of course, they all might get knocked out before the quarter-finals. It is nothing more than a promising start. But a pattern has emerged. Without suffering a single defeat, the South Americans have seen off three African sides, two from Asia and one each from Europe and Central America.

And more than the results, what has caught the eye is the conviction of the performances and the ambition of the players.

It is true that every World Cup outside Europe has always been won by a South American side. But this time the continent appears to have more strength in depth - certainly when compared with 2002 in Japan and South Korea, when Argentina, Uruguay and Ecuador fell in the group stages and Paraguay just sneaked into the second round.

So what has changed? Part of the credit can be apportioned to the marathon format of World Cup qualifiers in South America, where all the countries play each other home and away. This started in 1996 and has clearly had an effect.

Before, there could be huge gaps - sometimes of years - between competitive matches. But since 1996, the South Americans have enjoyed the kind of structure that the European national teams take for granted, with regular qualifying matches. Remember that there are no qualifiers for the Copa America. That means South American countries can invest in a project, employ a coach for the long term and build a team.

This only brings parity with Europe, of course. What is tipping the balance?

In a tournament of cautious, compact teams, there is nothing that destabilises a defence like a dribbler, an individual who in the blink of an eye can take two or three opponents out of the game. This is a South American speciality.

Players like Argentina's Lionel Messi, Alexis Sanchez of Chile or Uruguay's Luis Suarez are part of the continent's footballing essence, with a low centre of gravity and full of tricks they can pull off at pace. 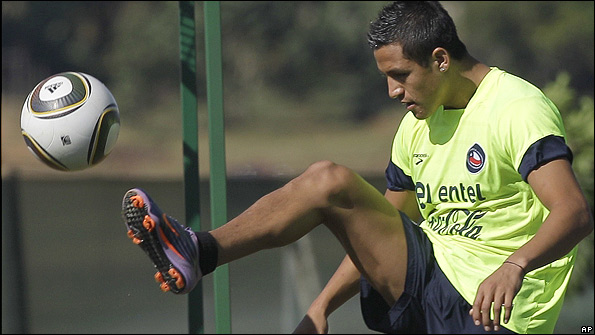 Many in the European game lament the decline of informal street, park and wasteland football, which they blame for the absence of this type of player. Indeed, the European national teams seem full of stale academy products, technically competent but without the spark that cannot be taught, the spontaneous generation of ideas that comes from imagination.

Messi, Sanchez, Suarez - they all have this. They grew up with informal football. Their time with European clubs has given them the rest. Argentina's 1986 centre forward Jorge Valdano once described Messi as a synthesis of street football in his homeland and the Barcelona academy - an excellent observation.

All five South American sides at the World Cup can also count on considerable firepower. All five want to bring their front players into the game.

Uruguay did little against France, likewise Paraguay against Italy. But on neither occasion was there an intention to be negative. They found the rhythm, pressing and athleticism of their opponents hard to combat and were unable to retain enough possession to be dangerous.

In general, though, the South Americans have gone out to impose themselves on a game. Some of the European teams seem obsessed with waiting in their own half and only springing out in numbers when their opponent makes a mistake. 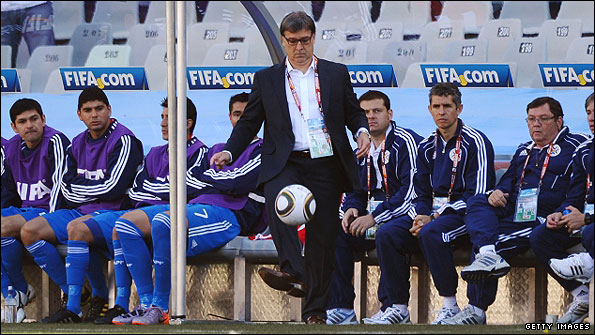 I especially enjoyed the words of Gerardo Martino, Paraguay's impressive coach, after his side had beaten Slovakia. Many would have basked in the glory of the moment. Martino, though, took the opportunity to criticize his team's second-half performance. "We forgot our good moment in the first half and resorted to pumping long balls forward," he said. "That's not what we want to do, unless the strength of our opponent obliges us to."

If a country such as Paraguay - poor and with a population little greater than six million - can set such a standard for itself, then why cannot more of the European teams do the same?

You got it right. Truly you were spot on. The Germans couldn't deal with the euphoria, the expectation was high. The Argentine team is looking better. Angel di Maria was OK against the Koreans after Nigeria's Sani Kaita (now vilified at home) kept him quiet. Over here in Nigeria, it's blame game and calculations. People are turning to mathematicians to see how we can qualify. Tell Diego to help us. We are praying.
Azubike Finecountry

You give me too much credit! I honestly cannot say that I predicted Germany would lose to Serbia, only that making a great start to the World Cup can cause problems and it would be interesting to see how the Germans, as a young side, would deal with them. Klose, Podolski and Kaita, who you mentioned, are good examples of how the World Cup can quickly turn heroes into villains.

Argentina will make plenty of changes for the match against Greece, but it is likely that Messi will play and the reserves will want to show something. But Argentina cannot take their foot completely off the peddle because a place in the last 16 is not 100% guaranteed.

If Nigeria do not beat South Korea, then from a Nigerian point of view it hardly matters what Argentina do.