Fitness the key for Brazillian success

As Andre Kfouri wrote in the sports daily Lance!: "Dunga must have loved the elimination of Real Madrid and Milan from the Champions League. The Spanish giant, because Kaka will have a lighter fixture list in the build up to the World Cup. And the Italian giant because the pressure to recall Ronaldinho will diminish. And the national team coach will be cheering for Chelsea to knock out Internazionale - a rest for Julio Cesar, Lucio and Maicon, more work for Drogba."

It is an important consideration. Winning the World Cup means playing seven intense games inside a month - in a tournament tacked on to the end of the gruelling club season. It is not only a case of who possesses the highest level of skill and technique. It is also fundamental that the players have enough gas in the tank to be able to show their stuff.

It is here that Brazil like to think that they have an edge. For over 50 years they have been taking the scientific area of preparation very seriously.

The great Mario Zagallo nearly fell off his chair when I told him that England went to the 1962 World Cup in Chile without so much as a doctor. Four years earlier he had played in Sweden when Brazil pioneered their 'technical commission' - a group of specialists all working together. In addition to physical preparation staff, they had doctors, dentists and even - prematurely as it turned out - an experiment with sports psychology.

They have been progressing ever since. A few years ago I saw Dunga give a lecture where he claimed that Brazilian football has the world's best medical teams, physiologists and physical preparation specialists. 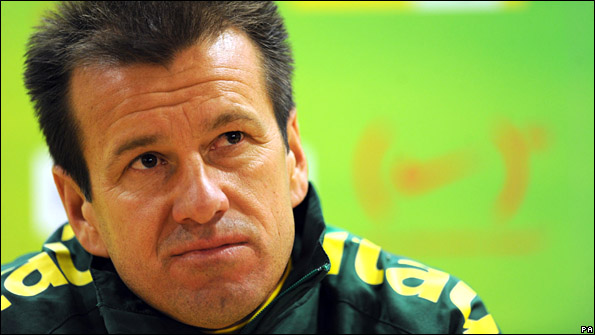 The latter argue that their area really took off when the country's economy opened up in the early 90s. It meant they could import sophisticated machinery from the USA which gave them more data to work with from the tests they would put the players through - and what they could measure, they could manage.

If ever there was a World Cup where this was important it was 2002. The tournament was held early to avoid the rainy season in Japan and South Korea, leaving less time than usual to recover from the newly-expanded European club season. It helps explain why the competition threw up so many surprises - some of the favourites were not fit enough to play to potential.

Brazil, though, were full of running. Even - and perhaps especially Ronaldo, who Inter Milan had been unable to get fit; even Rivaldo, who Barcelona doubted could play the tournament; even Cafu and Roberto Carlos, who had spent the season charging up and down the touchline.

Shortly after the World Cup I interviewed Paulo Paixao, then as now in charge of Brazil's physical preparation. He was understandably proud of the contribution he had made to his country's victory. But with great nobility, he was desperate to stress that the merits were collective. "Brazil has a number of physical trainers who could have been in my place," he said. "Nowadays , in terms of methodology of work, Europe is way behind Brazil, but the culture of physical preparation we have developed doesn't get the credit it deserves. I don't know why. Maybe it's because we're judged in socio-economic terms, looked down upon because we're a South American country."

He had visited Juninho at Middlesbrough and couldn't believe the amount of players who were injured. "They don't seem to mind," he said. "If one player gets injured they go out and buy another.

"Without carrying out tests you can't draw up a work programme, and in Europe they hardly seem to do any. In Brazil all the big clubs have physiology labs. From the start players are dealt with in a laboratory situation. The young player goes through a battery of tests to find out what he needs to fulfil his athletic potential. What we do is focus on the specifics that a player requires, be it muscular re-enforcement, stamina or aerobic work, or addressing muscular imbalance. You don't see this kind of work carried out in Europe." 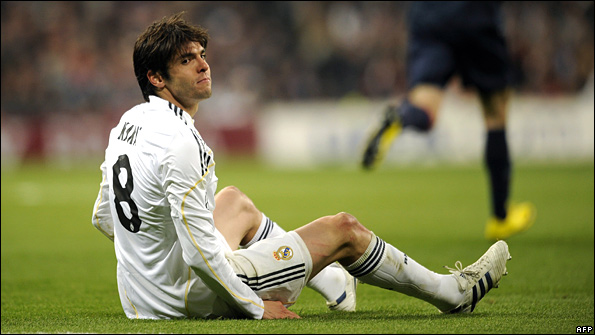 Brazil could hardly believe it as they watched the team they most feared, France, self-destruct in a blaze of amateurism. A few days before the World Cup, the French risked their prestige as reigning champions in a high profile friendly against South Korea. Meanwhile, Brazil were easing off their work in preparation for the real thing. And Zinedine Zidane picked up an injury against the Koreans and when it mattered could only hobble his way around the field as France were eliminated without even scoring a goal.

That was eight years ago. I wonder if Europe has closed the gap - especially as Paulo Paixao and Moricy Sant'anna, another leading Brazilian specialist, have both worked in the continent in the last few years.

Even if Brazil still hold an advantage, Paixao and his team will have their work cut out this year.

In the last World Cup Brazil's big names seemed out of control, the reason behind Dunga's appointment on a team-over-stars ticket. There is little chance of complacency this time - but there is the danger of burn-out.

Taking a full-strength squad to last year's Confederations Cup was a risk. It was understandable - Emerson Leao was told the tournament was not serious and then lost his job after Brazil did badly in the 2001 version of the tournament. Brazil's coach must defend himself at all times. And Dunga would also see last year as the moment that his side clicked.

But it came at a time when some of the players might have been better served by a break, and could well have been a factor in the injuries suffered subsequently by Kaka, Robinho and Luis Fabiano.

Paulo Paixao, then, will need all his skill and experience in the next few months. And Chelsea could make his life easier by knocking out Inter Milan.

Q) I was in Brazil a few years ago and spotted very few locals wearing the shirts of European club sides. With most of the best South Americans playing in Europe do fans back home take a keen interest in the game over here and can they easily watch the leagues, Champions League and European Championships on television?
Mike Hill, Liverpool

A) There is massive access to European football on TV here, mostly but not exclusively on cable. The relationship with European clubs has changed massively since I moved here in 94. Then people were wearing Barcelona shirts as a tribute to Romario, or La Coruna because of Bebeto. Now the contact is much deeper - more people have become followers of a European club, irrespective of whether or not a high-profile Brazilian plays there. And also more people wear European shirts for fashion reasons. So there are many, many more of them around than when you visited.