Regulators can try to push the world in a certain direction. But there is never a guarantee that forces in society will embrace the spirit as well as the letter of rule changes.

A case in point could be the 'home-grown player' clause that the Premier League clubs have just agreed. The original intention is presumably to ensure opportunities for local talent. A quota of eight squad players will need to have been developed by the club for three years between the ages of 16 and 21. But since no mention is or can be made to nationality, the dangers of an own goal are clear.

The change gives a powerful incentive to a process that the big English clubs have already embraced - that of global cradle snatching, players brought across to Europe before they have even debuted professionally in South America or Africa.

From the perspective of South American football, this is not a welcome trend. It is one thing if the South American club have the use of the player they developed for a few years, and then sell him when he is an established star.

This way they have the player for a while, and then they have the money. But when the starlets are snatched so early the local clubs lose the player before enjoying the benefits of his services, and the fee for a mere promise is much lower than for a reality.

Inevitably there are casualties among the youngsters who move so early. Some people are not made for living abroad at any age - many more will find it an extra problem in their teenage years, when mind and body are going through such changes.

For the South American national teams there is an added danger. Being lured away so young would seem to make players vulnerable to represent their adopted country rather than the land of their birth.

Some 15 years ago Jose Pekerman saw these trends clearly. He was a rank outsider when the position of supremo of Argentina's youth teams became vacant. But he won the position with the clarity of his project.

Our club football is going to lose players at an increasingly younger age, he argued. The only way that we can counter this development is to use the youth structure to secure our promising youngsters for the long term future of the senior national team.

Pekerman scoured the country for talented players, brought them into his structure and gave them a crash course in the identity of Argentine football. He initiated a process which has seen Argentina win five of the last seven World Youth Cups, for players of 20 and under.

But more importantly, it has helped produce a stream of players for the senior side - indeed, without such a structure in place it would have been far easier for the
Spanish to persuade Lionel Messi that his national team future should be in the red shirt and not the blue and white. 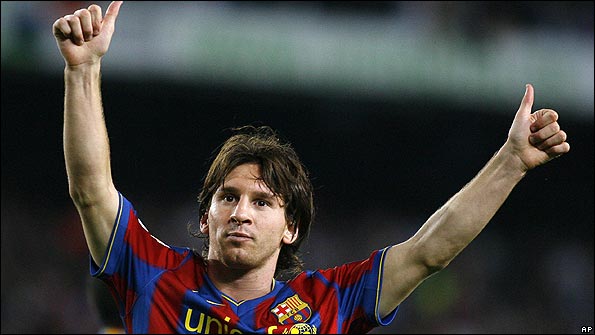 The 2009 World Youth Cup kicks off in Egypt on Thursday. Argentina will not be there. Captained by Liverpool's Emiliano Insua, they had a dreadful time in qualification and failed to make it.

This need not be a tragedy. True, a generation will miss out on the experience of the tournament in Egypt. But if the disappointment of not qualifying causes them to re-evaluate and work harder at their game it will not have been in vain. Youth development is all about the long-term.

This is a lesson that Uruguay seem to have absorbed. With a population of just over three million, there is simply no way that their clubs can hold on to their best players. The best response is with a Pekerman-style project - a nationwide search for technically gifted players, given experience in the national youth sides on their way to wearing the sky blue shirt at senior level.

Uruguay will be in Egypt. They came third in South America's qualifying tournament, but with coach Diego Aguirre rotating the squad to give everyone playing time, they played some of the most attractive football. They will be very interesting opponents for England in Saturday's opening group game.

The squad is packed with promise - raiding right-backs Adrian Gunino and Matias Aguirregaray, interesting centre-backs in the classy Roberto Herrera, the rugged Martin Silva and the gangling Sebastian Coates and a tall, commanding left-back in Leandro Cabrera.

In central midfield Diego Rodriguez has passing skills and Maxi Calzada is combative. On the flanks Tabare Viudez and Jonathan Urretaviscaya glide past their markers with real talent.

Up front Santiago Garcia has menacing power and Abel Hernandez has touches of left-footed class. And in attacking midfield is the brightest of them all, South American football revelation of the year, stocky left- footed Nicolas Lodeiro, a player who has the gift of making the game flow because he usually knows what he wants to do with the ball before he receives it.

Two of these players were already based abroad before January's qualifying tournament. Three others have subsequently joined them, and more will surely follow.

But win, lose or draw in Egypt, the experience they acquire in top class competition against England, Uzbekistan and Ghana should be good news for the long-term future of the senior Uruguayan national team.

Q) How good you think Estudiantes de la Plata's midfielder Enzo Perez is/can be? From the, admittedly brief, footage I have seen of him, he seems to be a sharp, incisive little player, with a wicked cross and a cool head in front of goal? Could he be the short, and long-term, solution to Argentina's right-wing?
Toby Millard

A) A very interesting little player - I picked him out in World Soccer magazine as one of the stars of this year's Libertadores - over both legs of the final I don't think there was anyone better. In terms of Argentina's immediate future, I'm a bit dubious about the 'call up the home based players' line - sounds like a load of nationalist nonsense to me. But it doesn't make much sense to leave Perez out, call up his clubmate Veron and then, as happened for the last one-and-a-half games, play Veron in Perez's position wide right. So Argentina could certainly do worse.

Q) I wanted to ask you about Brazil's problematic left-back position. It seems Dunga has decided to stick with Andre Santos, and has tried Kleber out in that position too. I was just wondering why Maxwell of Barcelona has not been given a chance. I have seen him play a few times and he has always impressed me, and with the experience of playing for Ajax, Internazionale and Barcelona surely it is about time he was give his chance?
Adam Burn

A) It's the one place in the team that still seems up for grabs. Maxwell moved abroad very early, so he hasn't got a huge constituency back in Brazil - though that's not a factor that's likely to worry Dunga too much.

He was called up for the Olympic qualifiers at the start of 2004 - and he had an absolute mare! Couldn't attack or defend. I was sitting with the Brazilian press contingent and they were all shaking their heads saying 'he must be better than this.'

He was the only left-back in the squad - but he was playing so badly they had to drop him. So maybe that's harmed his prospects. But with Barcelona he's now got a real platform to show what he can do - and if he, or Fabio Aurelio can get some form going then they must be in with a chance. Brazil name a squad for next month's World Cup qualifiers on Thursday. Now they've booked their place there could be some interesting experiments.