In major tournaments earlier this decade, the Brazilian press consistently irritated me by heaping praise on the England side. They're much better than they were, they've made great technical progress, it's no longer just kick and rush - that type of thing.

Firstly the pallid, stagnant football produced by the Sven-Goran Eriksson's side in its three big tournaments was unworthy of such plaudits.

Secondly, the observation was plain wrong. In terms of the skill level, the desire to impose themselves on a game and even a sense of joyful expression, Sven's sides could not hold a candle to those served up by an illustrious predecessor - Bobby Robson.

So why the confusion? 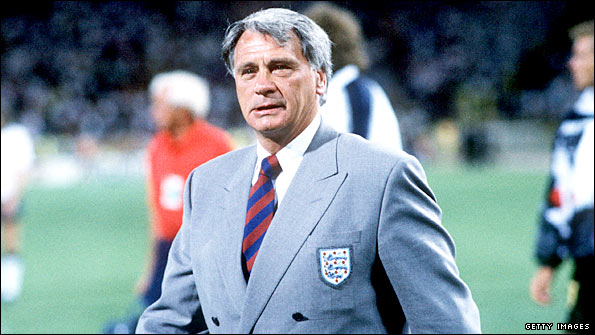 Partly it's because the media over here have only discovered English football in the past decade, so they leap to the idea that everything has changed for the better, that the foreign imports have done wonders for the technical level of the English game and that this has rubbed off on the national team.

And the other explanation is that they are happy with the stereotype. English football equals kick and rush.

Some 20 years ago, in the run up to the 1990 World Cup, then-coach of Colombia Francisco Maturana had this to say about English football. In 1988 his team had drawn 1-1 at Wembley with Bobby Robson's England, an event of huge importance to Colombian football, which merited some comments.

"Look at what's happened with Robson," he wrote. "He likes a more Brazilian style of play. He has good players and has achieved some good results, but the English public have never warmed to his team because their taste is for long balls, headers, players who give everything for the cause."

Maturana was wrong. The English public was captivated by the run of Robson's excellent team to the Italia '90 semi-finals. It's fair to say that England's 1990 campaign helped enlarge the market for the new expensive prices charged in domestic grounds, and thus greatly facilitated the launch of the Premier League.

But the Colombian coach was far closer to the mark when he hinted at the contradictory nature of the English game. 'Kick and rush' is a part of the story, no doubt about it. But there is also another side, another school of thought, exemplified by Robson and some of those quality players Maturana mentioned.

There's a current that wants to get the ball on the ground and play a more elaborate game. Part of the fascination of English football has historically been the tugs between these rival philosophies. It explains why the country can produce the likes of Trevor Brooking, Glenn Hoddle and Ray Wilkins - and then castigate them for not getting 'stuck in.'

Much more interesting that the lazy stereotype is the battle inside a culture to resolve its own contradictions - a sentence that applies wonderfully well to the South American game.

Normally rational people can go weak at the knees and lose all their critical faculty when the subject is Brazil. Their game, apparently, is like some giant carnival, all the players doing the samba all over the field in their bid to express themselves, with no concern for defence or tactical formations.

This kind of rot looks ridiculous applied to Dunga's highly pragmatic team of today. But it has always been rubbish. Brazil's defensive record in World Cups is, and always has been, way superior to Germany's.

A key part of their supremacy was a tactical lead - Brazil invented the back four in order to give themselves more defensive cover. Possibly the greatest and most 'Brazilian' of their World Cup winning sides, the 1958 team, didn't concede a single goal until the semi-final.

The line about amazing individual talent is no myth. But in a low scoring game like football a team that gives away cheap goals will not win trophies. The story of Brazilian football is one of a search for balance between attack and defence, of finding the collective formation that leaves the team protected and gives the stars a platform to shine. 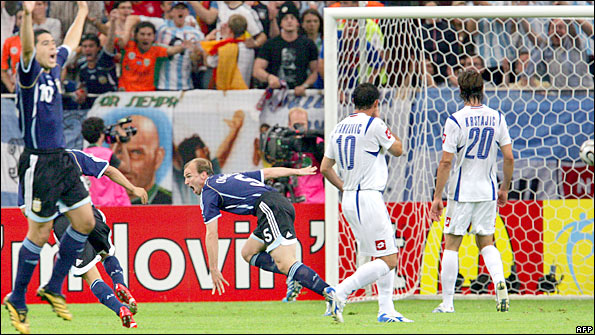 Focusing on the quest for balance may not be as glamorous as treating the thing as a giant carnival - but it's much closer to the truth, and much more interesting.

Then there's Uruguay. There is an entertaining and informative book on the 1970 World Cup, 'Back Home,' by Jeff Dawson. But it is unfair to the sky blues. At the end of normal time in the quarter-final against the USSR, writes Dawson, "it is hardly surprising that the score is that old Uruguayan party piece, 0-0."

Now, in Switzerland just 16 years before - that's the length of a single career - Uruguay had beaten Scotland 7-1, England 4-2 and then lost their first ever World Cup game, going down 4-2 after extra time to the great Hungarians.

When World Soccer magazine was first born in 1960, its debut issue carried a report on this match as the best ever played. But the stereotype of Uruguay has them grinding out goalless draws and kicking people. There have been times when this has been true but it is far from the whole story.

It is probably the case that the blanket defence and the violence were a reaction to Uruguay's loss of status in the game. The first kings, as football caught on in popularity such a small country was destined to lose its crown, and reacted angrily.

We could go on and on. Argentina's 'bad boy' stereotype has at times been justified. They are never likely to be amongst the world's best losers. But there are few countries in the world that retain such a romantic conception of passing football - who else could have come up with a collective work of art like the Esteban Cambiasso goal against Serbia in the last World Cup?

Bobby Robson, of course was on the end of both the cynical and the sublime in Argentine football with the two Diego Maradona goals that knocked England out of Mexico '86.

Robson took it in his gentlemanly stride, and was back four years later with an even better team, one that showed - for those sufficiently open minded to pay attention - that there is more to the English game than the lazy stereotype of kick and rush.

Q) I see Palermo have signed Javier Pastore who, from what I've read, has been tipped as a future superstar of the game. I've even read one journalist claim he could have the same impact on Palermo as Maradona had on Napoli after joining them back in the 1980s. Is he really as good as I've read, and how do you think he'll adapt to Serie A?
William Shand

A) I know I sound like a stuck record on this, but I wish he'd stayed with Huracan a while longer. Under coach Angel Cappa it was a perfect environment for him to develop. He's very talented but I fear he might find Serie A a bit of a shock. The Maradona comparison is silly - perhaps there's more of the Brazilian Socrates in his game - tall, elegant, long striding, good use of the backheel giving an extra dimension to his game. My fear, though, is that he'll find himself squeezed out, without the time and space to pick his passes. I'd love to be proved wrong, though.

Q) I was wondering how would you rate Cristian and Andre Santos from Corinthians? They have recently moved to Fenerbahce which is my home town team.
Tad Serter

A) You might have had a look at Andre Santos during the Confederations Cup, because he won the left back position for Brazil during the competition. He's not quite Roberto Carlos, but he does have the advantage of being 10 years younger. Bursts forward well, physically strong, carries a goal threat, perhaps not the greatest defensively. Could also feature for you on the left side of midfield.
He's something of a late developer, like Cristian, who's also 26. Cristian is an all round midfielder who will be a real loss for Corinthains, because he's been in good form for them. Central midfielder with good lung power, can organise the game from deep and get up to support the strikers and strikes the ball well. Can be a bit fiery, so there could be a doubt about his temperament. Another question mark - how much does he really want to be in Turkey? He cried at the press conference announcing his departure from Corinthians. Will he be able to strike up the same bond with Fener, or is it all about the money?