In football administration, democracy is an awkward concept. One Rochdale, for example, clearly does not have the same weight as one Manchester United - even 30 Rochdales together would struggle.

It was the realisation of this basic truth that helped launch the Premier League, on the basis that if the major clubs were creating most attention and spending the most money, the structure of the game should reflect their importance. A decade and a half after its formation, once provincial English football now attracts top stars from all over the world.

Back in 1992 it would have seemed unthinkable - but when the Brazil squad is called up, these days it contains more players with English clubs than with Brazilian.

It is inevitably hard for domestic Brazilian football to compete with the major European leagues. For all its size, with its colossal internal market, Brazil is still limited by the low salaries paid to the majority of its population, which in turn place a ceiling on footballer's wages. 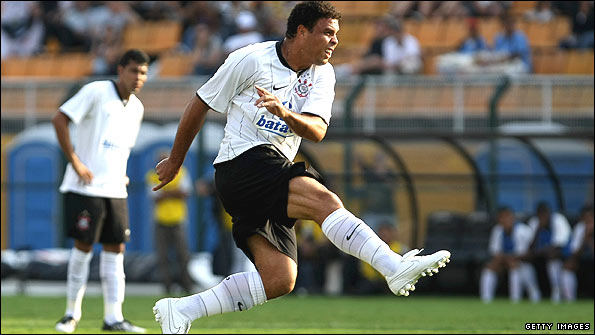 Even so, domestic football in the land which has produced five World Cup-winning teams has considerable room for improvement - and one of the reasons is that the lesson of the Premier League has not been absorbed. The tail is wagging the dog.

The current structure means the big clubs are subservient to the small - or to something more sinister, to those who control the small. The biggest proof is the continued existence of the State Championships, one for each of the 27 states that make up this giant country.

This year's state tournaments are coming to a close, which means big games in front of giant crowds. I'm writing this after returning from a Flamengo-Fluminense semi-final in Rio that drew a near 70,000 crowd, like the Botafogo-Vasco match the day before. In Sao Paulo, meanwhile, there is great interest in their semi-finals between the local big four, Corinthians and Sao Paulo, and Santos and Palmeiras.

Some will take this as evidence that people love the State Championships - and they would be wrong. People love big derbies. When the fixtures come out, the first thing a Manchester City fan checks is the dates of the matches against United, and he doesn't mean he has to endure three months of watching City against the likes of Bolton Sunday Market reserves.

But that's what happens in Brazil. Before the State Championships come to a finale, they throw up week after week of complete guff. The figures from Rio show the point clearly.

Nowadays the Rio State Championship is clearly second in quality to Sao Paulo but historically it is at least as important. This year it has been made up of 16 teams - the big four in the semi-finals, and 12 small ones. In all, those 12 teams have met each other 67 times during the course of the competition - with a combined attendance of 29,261. An average of 436 fans per game.

This is obviously absurd. Professional football without supporters is a glaring contradiction. The small teams bring nothing to the table and yet the big ones, who count their own fans in the millions, carry them along for months.

It is basic. If the likes of Flamengo, Vasco, Fluminense and Botafogo are spending mid-January until early May playing teams with no supporters, they are obviously operating massively below their potential.

Why is this allowed to continue? In part it is tradition. Brazil is so vast that a genuine National Championship only came into existence in 1971, so much of the history of the game is bound up in local rivalries.

But more to the point, it is power. The balance of power in the election of the president of the CBF, Brazil's FA, is with the 27 state presidents. Taking away their championship would end their prestige, since typically, their own support base is with the small clubs.
So they don't vote for a reform candidate, and in return they get to keep their championship.

The outcome is two layers of mutually perpetuating bureaucracy. Ricardo Teixeira has been CBF President since 1989 and now has a mandate until 2015, while more than half the state presidents have been in office more than 10 years and some date back to the mid-70s. The big clubs attempted a feeble breakaway in 1987, but continue to participate in a structure that sells them short. 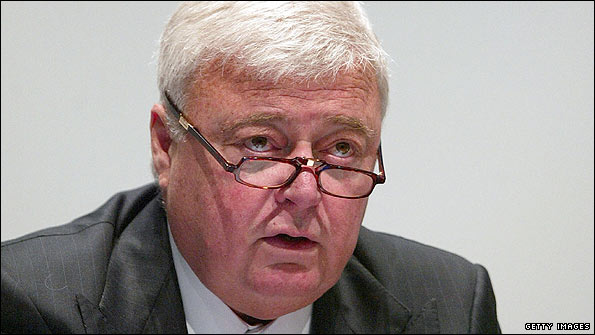 The players know the truth. I first became aware of this in early 1996, when interviewing Branco, who was on the point of joining Middlesbrough. One of the reasons he was keen to get away was to avoid the State Championships, which at the time were even longer.

Recently Flamengo keeper Bruno let the cat out of the bag; winner of the Rio State title in 2007 and 2008, he said that this year he wanted to win something important.

Bad enough in themselves, the State tournaments also have a highly detrimental effect on the National Championship, which kicks off on 10 May and goes all the way through to early December. As any European fan knows, a long league campaign needs a pause before the action gets under way, to whet appetites for the big kick-off.

But retaining the State tournaments means there is no such pause in Brazil - and to make matters worse, it throws the calendar out of sync with the rest of the world, so that the global transfer window rips teams apart in the middle of the campaign.

State Championships may have a purpose for lower division teams, youth and women's football but they have long since outlived their usefulness at the elite level. Scrapping them would be the single biggest step the Brazilian game could take.

Q) After watching Porto's 2-2 draw with Man United, I noticed there were many South American footballers on the Porto team, González, López and
Rodríguez all had good games but for me, the two players who really
stood out were a young defensive midfielder called Fernando, who had
great energy and was superb at spotting potential danger and snuffing
it out. The other was a striker called 'Hulk,' who had an
unconventional but effective style of bulldozing through the defence
with the ball. Do you know much about these two players and do you
think Dunga is aware of them? Could Fernando could be a long-term
replacement for an aging Gilberto Silva, who Dunga seems reluctant to
drop?
Lee Walsh

A) It's a tribute to the strength in depth of the Brazilian game that players like this are produced who are hardy known back at home. Problem is, it's hard to get in the national team that way, without a constituency at home calling for your inclusion. Hard, but not impossible - Elber did it, more recently Alfonso Alves was in the squad for a while.

Dunga should certainly be aware of them; I'm sure he sees it as part of his job to follow any Brazilians in the last eight of the Champions League, and anyway, he will have been watching Porto to keep tabs on keeper Helton, who he has called up in the past.
All they can do is keep performing to maintain the pressure - as far as Hulk is concerned, with Adriano out of contention for a while there's a squad place going for a striker.

Q) I was just wondering if you could enlighten me as to whether you believe there is a wider reaching, and perhaps cultural, reason behind the difference in performance level of Robinho, in part Jo, and Ronaldinho (in his last season at Barca) when it comes to games away from home? Or am I wide of the mark and simply highlighting 3 recent examples who all happen to be Brazilian?
Andrew Bester

A) An interesting point. It's generally true that away wins are much rarer in Europe than South America. In the Libertadores so far we've had 36 home wins to 16 away. In World Cup qualifying it's 31 to 10 - and this ratio of 3 to 1 is not uncommon. I tend to put this down to travelling time, climatic changes, altitude etc, but there may be some psychological factors at work.

In the case of the players you mentioned, I don't think it's true of Ronaldinho in his pomp; one of his finest Barca performances came at the Bernabeu. With Robinho there may be some mental factors. I did a round table debate on Brazilian TV a while back, and the local journos were stressing that he's worked better in support of someone rather than when he is given the responsibility of carrying the side. Perhaps he feels that responsibility more away from home, when the difficulties are greater. I'd like to know what City fans think about it.