Should sports news be more sport than news?

What counts as a decent story?

You might demur, but despite the ravenous demands of 24-hour multi-channel TV, radio and internet, we try not to shovel just any old garbage your way.

And so, earlier this week, there was a vigorous debate in the BBC sports news office as to whether the threat by the Iranian Olympic Committee not to attend the London Olympics was, indeed, a story.

The warning was based on the premise that if you take the 2012 logo to pieces, close one eye, inhale some pure alcohol, and hold your pencil like a ladle, you can re-organise the logo into spelling "Zion". Which, sharp readers will be aware, are the first four letters of "Zionism" - aka Iranian enemy ideology number one. 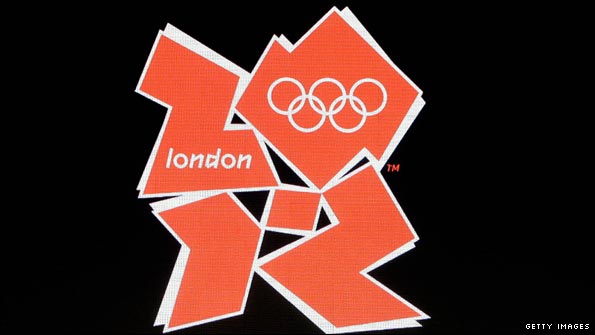 One of our reporters - who happens to be a happy marriage of genial and sharp -- narrowed his eyes. His opinion was that we risked puffing a press release, with little chance of the threat ever coming to pass.

My instinct was that it was a story. That initial feeling had a slight wobble when I then googled "Iran 2012 Zion", to check when the accusation had previously been made. Top of the search results was an entry on www.davidicke.com (slogan: "Exploring the dreamworld we believe to be real.")

But I thought it was a story because it showed how Middle Eastern minds can work. And on the cusp of the F1 season, what a canard it is that politics and sport can somehow live in separate rooms.

Separated by a Gulf

Just the other side of the (Persian or Arabian) Gulf, Qatar recently displayed another way to handle the Zionist entity.

One of the swankiest parts of Qatar's very swanky promotional campaign, ahead of the award of the 2022 World Cup, involved a 3-sided cinema presentation for the FIFA honchos. At one point during the interminably swelling music, all 4,513 flags of the FIFA member nations (American Samoa anyone?) swirled across the screens.

If you were willing to engage in a spot of Cirque du Soleilesque contortionism on your deep leather chair, then you could just catch, creeping on, at the end, at the very bottom of the far right screen, the Israeli flag.

Israel and Qatar, just like Israel and Iran, don't have diplomatic relations.

As a former Middle East correspondent, old questions died hard. "In the fabulously unlikely event of Israel's mediocre team qualifying for the 2022 World Cup," I later asked one august Qatari member of the bid team, "how would you feel about playing the Israeli national anthem at one of your stadiums?"

"No problem at all," he smiled back at me. "Our relationship with Israel is very - sophisticated."

"We don't do politics"

All of which brings us neatly back to the thoughts of Formula 1 boss Bernie Ecclestone.

It was he who told my BBC colleague Dan Roan "We've never been involved in religion or politics." Taking the same approach as a disestablished monarch, he went on: "It's not for us to run a country."

Mr Ecclestone was speaking about whether the first grand prix of the season should take place in demonstration-torn Bahrain.

A fair amount of coughing and gagging sounds were heard in the wake of that interview.

This was, after all, the same Mr Ecclestone who'd given the Labour party a million quid as it glided into government in 1997. This may have been because a) he'd just read "The Ragged Trousered Philanthropists", and was pumped about the heirs of socialism gaining power, b) he'd beaten the Prime Minister in a game of no-limit Texas Hold 'Em or c) the new Labour government was considering banning F1 from taking fag packet ads.

Even if it were true, and that's a house-style-busting bold/embossed/italicised/gothicfont "even if" - that the juntas who run sports would rather not sully their pure pursuits with "religion" or "politics" or "governing" - it's still tough bananas.

You may not want to do religion or politics. But they will do you.