In late December 2009, I joined the BBC as arts editor, a newly-created role, having spent the previous seven years as a director of Tate. 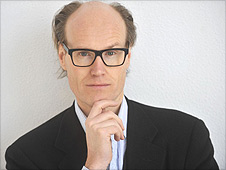 There, I was responsible for Tate Online - the UK's most popular art website - where I was fortunate to find an extraordinary team of dedicated editors and programmers who rightly won numerous awards including a Bafta and a Webby. I set up a TV production unit, making arts programmes for Channel 4 and ITV and finalised a movie deal with Aardman Animation shortly before I left. With a terrific team, I created Tate Etc, the UK's highest-circulation art magazine.

I began my life in the arts just below the bottom rung of the ladder as an 18-year-old shop assistant in Our Price Records. This was followed by stints as a holiday camp entertainer (at the same place where Hi-De-Hi was filmed), as a stage-hand at Sadler's Wells and as a runner for a TV company.

In my early twenties, I co-founded Shots, a global magazine/DVD covering short films, pop promos and commercials (I eventually sold Shots; it is now owned by Emap). And for the past 20 years I have published, edited and written about the arts for a range of publications including the Times and the Guardian. I have advised many arts and media organisations and was a board member of the National Campaign for the Arts.

In the summer of 2009, I wrote and performed a one-man show at the Edinburgh Fringe called Double Art History, a light-hearted lecture on the story of modern art. The show was a sell-out; but, as friends were quick to point out, it was a very small venue.