The Arts Council England (ACE) announces today a transformation to the way it funds the arts in England.

While the arts sector has been doing extremely well with a booming box office and largely-satisfied customers, ACE feels it could be doing better. Especially when it comes to handing out taxpayers' money to the organisations it regularly funds. 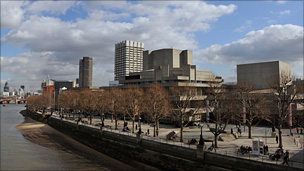 So it will ask all 850 of them - big and small - to apply for their grants, starting in April 2012. Whether you are the Royal Shakespeare Company, the National Theatre, the Royal Opera House or a tiny publisher in Yorkshire, the same rules will apply: if you want funding, you need to fill in a form and sign up to some agreed goals.

Remarkably, up until now, the Arts Council says there has been no proper application process. If you were in the club, you tended to stay in the club; if you weren't, there was no obvious way of joining.

In an attempt to break that inner circle, the council will be asking all those companies that receive regular funding not only to make an initial application, but also to re-pitch every few years. In effect, it is moving from a system of rolling contracts to one of fixed-term contracts.

When I spoke to ex-Arts Council Chair and business guru Sir Gerry Robinson yesterday, he scoffed. "Are they going to stop funding the Royal Shakespeare Company?" he asked. And then answered his own question by saying "Of course not!" And then qualified it by asking "So why bother asking them to go through this charade every three years or so?" 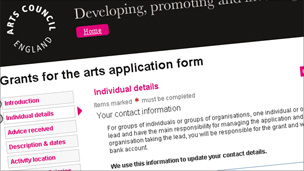 He feels that ACE is fudging. If it wants to stop funding some organisations, he argues, it should do so, but otherwise let the companies get on with it and keep bureaucracy to a minimum.

Few are likely to disagree with his sentiments. But perhaps the proposal is worth giving a chance. It hasn't come out of the blue; nor is it a knee-jerk reaction to the coalition government's recently-announced funding cuts. It's the result of over a year's work driven by a genuine desire to break up what has been seen as too cosy an arts club.

Clearly part of the motivation is also to clear out what ACE feels is some dead wood. But the council does appear to making a sincere effort to create a more open, fair, accountable and accessible funding system: one that allows new start-up companies or the previously overlooked to make their own pitches rather than waiting for an ACE talent-spotter.

Of course the status quo may persist and this initiative might be filed alongside decades of others under the heading "worthy failures". But now is not the time to judge.