What next for the local library?

My colleague David Sillito produced this excellent piece on the subject earlier this week after a report by the Department of Culture, Media & Sport showed that visits to public libraries are in decline. It reveals that the proportion of adults who went to a public library at least once in a year has fallen from nearly 50% in 2004/05 to under 40% in 2009/10. The numbers who go to a library every week has dropped by a third in five years. 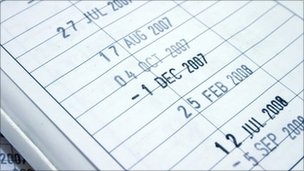 Cheap books, easy online shopping and digital downloads have all been cited as causes of the slump. It's a downturn that has not gone unnoticed by politicians and local councils who are keen to cut costs. Libraries are beginning to seem like an expensive luxury.

"I hope we don't get hung up about library buildings. There's always a feeling that if a library closes, that's it, it's the end of the world. So there will be some re-shaping of library services but I do think it is important that we think imaginatively about where libraries could be. I wouldn't even have a problem, for example, if there was a library in a pub."

A pub? Really? How does that work? A pint of bitter, a bag of crisps and a copy of Ulysses please, barman. And how would granny react when she came round to see little Tommy and help him with his homework, only be told that he was down the pub with his mates and wouldn't be back for hours?

Actually it is working at the George and Dragon in Doncaster, but only because they have the support of the Library Services. So it's really an extension of an existing service, a bit of "outreach", as opposed to being an entity in itself.

Another idea being considered is relocating the local library to the local supermarket. On the face of it that might seem like a sensible idea, but again isn't without problems. Supermarkets have become one of the country's most successful book retailers, a profitable business. Why would they swap swiping cash-yielding bank cards for not-for-profit library cards? And to do both would surely create a conflict of interest.

But then is closing buildings the answer to the falling usage of our public libraries? Run differently, more imaginatively perhaps, could they not provide the sort of environment in which an idea such as the Big Society might thrive?

The public's interest in books is certainly not waning; if anything, it's growing. Book clubs, book festivals and book tours have all boomed in the past decade. When the Edinburgh International Book Festival started 26 years ago, there were only a handful of book festivals in the UK. Now there are over 300.

And there are some very successful public libraries. The Ideas Store in Tower Hamlets, which is now being turned into a brand across east London, has over 700,000 visits a year and regularly has queues of people waiting to get in. This in an area where many people have only the most basic education and more than a hundred languages are spoken.

How do they do it? Simple. By fusing the idea that made bookshops and book festivals so popular. They have talks, lectures, courses and a staff whose focus is the visitor experience. There are promotional displays of books put out on tables. And they serve a decent cup of coffee. As people leave classes they are encouraged to borrow books on their way out.

Too many libraries are stuck in the last century, offering poor service, indistinguishable aisles of books, outdated administrative systems and an oppressive, intimidating atmosphere. Their only concession to the 21st Century is often a huge reduction in the books they carry, which have been replaced by banks of faceless computers.

They could take a leaf out of the School of Life's book. The small London-based adult-education organisation offers the services of a bibliotherapist, a book reading specialist, who will discuss your reading life - past, present and future - and then make suggestions of books you might like to try.

For communities, a local library is like a local school: you might use it only rarely if at all, but you know it is important, that it represents a set of ideals and a way of life that puts learning and understanding at their centre. And like a church, the building is important, providing a visual statement on behalf of the community that would be lost inside a pub or a supermarket.

Ed Vaizey has just launched a new initiative called the Future Libraries Programme, aimed at increasing innovation, efficiency and seeking imaginative new ways of working. Perhaps the imaginative answer to the decline in the public's usage of their libraries is not to accept it as inevitable and reduce investment and close buildings. But to do the opposite and use them as a tool for galvanising communities, not by turning them into social centres or community centres but into knowledge centres.

A place where old and young, rich and poor, can come and exercise their brains and share ideas. The success of the Idea Stores suggests people will come, whatever the size of the society.