Who wants to run Tate Modern?

Don't you think it's weird that in a country which - according to a plethora of commentators - has become besotted with modern and contemporary art, there is almost no discussion about the vacancy at the top of one of the world's most prestigious modern-art museums? 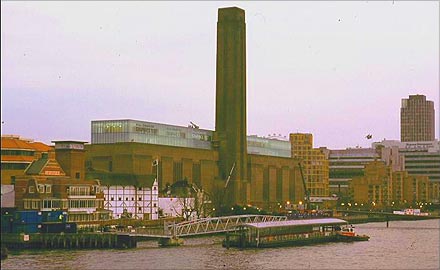 But when Vicente Todoli, the soon-to-be-leaving boss of Tate Modern, announced he was off a couple of months ago, it barely got a mention. Since then, there has been no discernable discussion about who might take over the world's most-visited museum of modern art, no short-lists of potential candidates - no conjecture whatsoever. Well, at this blog, we are interested - and not because I used to work there.

There are plenty of potential applicants, but I suspect the allure of an external candidate. And who could be more alluring than a very brainy Swiss person?

Bice Curiger is the founder of the hugely respected art journal Parkett, a senior curator at the Kunsthaus Zurich and the recently appointed director of the 2011 Venice Biennale. She is also the editor-in-chief of Tate Etc magazine and one of the most impressive, clever and interesting people I have ever met.

And then there's Hans Ulrich Obrist, who came top of last year's Art Review list of the world's most influential art-world types. Among other things, he has spent his recent past running the Serpentine Gallery with Julia Peyton Jones. I don't really know Hans Ulrich, but trust those who have told me that he is top-notch.

It is quite possible neither would want the Tate Modern directorship - but if not them, then who?