Child benefit cut: No such thing as an easy reform

A government that is cutting benefits for the very poorest families has no business handing upwards of £1,000 a year, tax free to everyone in the top 15% of taxpayers who happens to have a child. 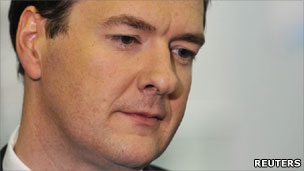 That is George Osborne's defence of his decision to remove child benefit from higher rate tax payers, and it is a pretty good one.

Economists who wanted to see the benefit properly means-tested will say this is the very least the chancellor could have done - saving only £1bn from a total child benefit bill of close to £12bn in 2010-11.

Quite possibly, he will come back for more. The proposal to remove it from 16-18 year-olds is not entirely dead.

But - as Margaret Thatcher learned in the 1980s and Mr Osborne is about to be reminded - when it comes to the benefit system there is no such thing as an easy reform.

We heard at the weekend that the work and pensions secretary has won the Treasury over to wholesale reform of the benefit system. "Making work pay" has been the holy grail for benefit reformers for decades - it's not as if this is something new. When we see the details we'll be able to judge how far Mr Duncan Smith has avoided the pitfalls, and how far benefits are to be cut to make the numbers up.

But the government will get a dress rehearsal in the downsides of benefit reform in the popular reaction to this change in child benefit.

By far the largest of these is the messy overlap between households versus individuals, which is the reason why we have a benefit system separate from the tax system in the first place.

The first "tricky examples" put to Mr Osborne in his interviews this morning have all revolved around this basic issue: how can you justify, he was asked, taking benefit away from a household with one earner earning £45,000 a year, when you will keep paying it to households where each parent earns £40,000? The problem arises because benefits are paid to the household - but taxes by the individual.

The chancellor's answer, in effect, was that the Treasury had to find some way to keep it simple. It's certainly true that if you are only saving £1bn a year, you can't afford to spend a lot on extra administration. But it is going to make for a lot of perceived - and widely publicised - inequities.

Supporters of the principle of universal benefits have always said that any suspension of that principle would be a slippery slope - that, from here, the end of child benefit is only a question of time. Perhaps.

Much will depend on the political reaction to Mr Osborne's reform in the weeks and months to come. But whatever Mr Miliband says now, I would not put much money on a future Labour government ever feeling the need to give this money back.