What are the lessons of this week's child benefit saga? I can see three, which the government will be learning and re-learning over the coming weeks and months. 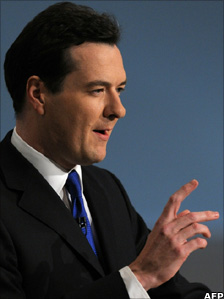 Lesson one: people often don't see much distinction between the money they've earned and the money they get in benefits. If you cut the latter, you can expect everyone affected to treat it the same as a tax rise. You can also expect the families who are not affected to worry that you'll be coming for their benefit next. Most consider it an entitlement, not a gift.

Lesson two: voters, particularly middle class voters, have strong and often mutually inconsistent views on the subject of women, children and work, and different views about what constitutes a "family-friendly" tax and benefit system.

For some, it means subsidised childcare to make it easier for mums who work; for others it means extra incentives and payments for mothers who chose to stay at home.

Often, voters will believe both of these things. The government should somehow be giving women incentives to work, and incentives not to work. (Though where low income families are concerned, there tends to be more emphasis on the former.)

If the chancellor didn't know already he does now: he will never be able to reconcile all of these views. And, in an era of cuts, he can't take the Gordon Brown route of giving "special support" to nearly everyone.

Which brings me to lesson three: Labour tilted the tax and benefit system in the direction of children and families, particularly low income single parent families. For better or worse, that is what their target of eradicating child poverty encouraged them to do. It is going to be hard to raise serious money from the benefit system without tilting it back.

According to the IFS, single parents are now about 13-16% better off as a result of Labour's tax and benefit changes, depending on whether they work. Non-pensioner households without children, on average, are worse off than they would have been if the 1997 system had remained unchanged. (These averages exclude people earning more than £100,000 a year who have been hit by higher tax.)

Interestingly, given this week's debate, Labour's changes also turn out to have favoured families with "stay at home" mums.

Other things equal, the average one earner household with children was nearly 6% better off in 2010 than they would have been under the old system, whereas, households with children where both couples work were just over 1.2% worse off.

But note this last group still did a lot better than dual earner couples without any children in the house, who were about 4% worse off as a result of the changes Labour brought in.

The upshot is that the coalition is not going to be able to take a lot of money out of the system they inherited without leaving a lot of families worse off. Put it another way: "family-friendly" deficit cuts on the scale that Mr Osborne believes to be necessary are almost certainly a contradiction in terms.