In the national argument over Budget cuts, some voices are louder than others. This week there have been warning voices coming from the public sector unions - you can guarantee that they will turn up the volume in the months to come.

Ministers may not respond, but their voices will certainly be heard. It's usually a lot harder for politicians to hear the voices of people who don't vote. And of course, people who are aren't born yet can't say anything at all.

If you care about fairness between generations - that is a big problem. It suggests that the demands of older people will always attract more money and attention than the demands of the young.

It also means that future generations are likely to get squeezed. The wrangling over spending cuts this summer will greatly affect them too. But so far I haven't heard many people fighting their corner. 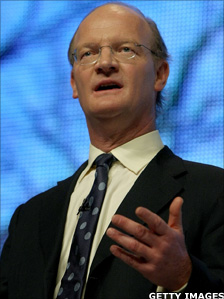 In his book The Pinch, the Conservative David Willetts describes in forensic detail how the baby boom generation has prospered from the core trends in Britain's economy and society over the last few decades, usually at future generations' expense.

To take just a few examples: high inflation helped them pay off their mortgages quickly in the 70s and early 80s - then price stability helped them preserve their wealth, just as rocketing house prices gave them another massive windfall.

They also prospered from an influx of cheap foreign labour from the mid 1990s onwards, just when Generations X and Y were coming on to the labour market, and a shrinking labour force might have helped push wages up.

Now David Willetts is in government - presumably defending the rights of tomorrow's workers as minister for universities. We've also got the youngest chancellor sitting at No 11 since 1986. You'd think it was a pretty good time to even the score between the generations.

But when it comes to generational equity, so far his plans for the public finances and the economy get maybe a low B plus.

For the purposes of this discussion I want you to forget about the distribution of Budget cuts by income, or region, or gender (see yesterday's post). Just focus on what it means for different generations.

Then look at the "tough choices" that chancellor made in his Budget - and the ones he ducked. It's not a black and white picture, but more often than not, the tough choices involve cutting services or benefits for young and youngish people, whereas the red lines tend to protect areas that are especially important for older groups. 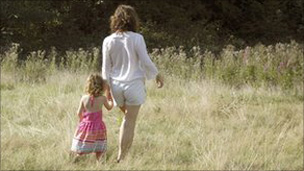 Consider those benefit cuts: tax credits for families with dependent children are being withdrawn, with supplements for the youngest children removed and child benefit frozen for three years. A number of grants for pregnant women have also been abolished, and so has the Child Trust Fund. Lone parent benefits are also being cut.

By my reckoning, around £3bn of the £11bn in welfare cuts by 2014-15 that Mr Osborne announced in June will directly hit households with young children.

The rest of the benefit cuts come from changing the indexation of benefits from RPI to CPI (to save £5.8bn) and cutting the housing benefit bill by £1.8bn. Those cuts will affect people of all ages, but they are likely to affect older people rather less.

Why? Because the basic state pension was the only benefit to be increased in future years (alone among benefits, from 2012 it will go up in line with earnings, prices, or 2.5%, whichever is highest.)

Also, more than two thirds of people who claim housing benefit are of working age. Indeed, one of the arguments the government uses to justify using the CPI to uprate public sector pensions is that CPI doesn't include housing costs, which account for a much smaller share of pensioners' expenses.

Even more telling is the list of universal benefits that weren't cut. In line with the Conservatives' manifesto commitments, the winter fuel payment, free bus passes and free TV licenses for older people have all been protected, even though most of the £4.2bn a year spent on them goes to people who aren't poor. 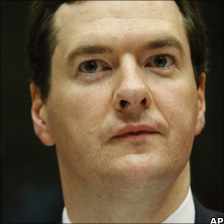 The chancellor has said he's in the market for further benefit cuts which could make things easier for departmental spending. As one senior Conservatives said to me shortly after the Budget: "It's almost as if he's daring the cabinet to push to abolish the winter fuel payment."

So yes, this is a work in progress. But on the spending side, too, you'd have to say that older generations were being protected. The school building programme is being axed, and public investment generally is set to fall by half (a decision by the old government which Mr Osborne has not reversed).

By releasing local councils of their obligation to meet housebuilding targets, many experts say the government will help to prop up the value of the baby boomers' houses as well.

Times will be tough for the NHS, but it is the only major department whose Budget will continue to go up in real terms over this Parliament of pain. The figures on this are patchy and out of date, but in 2003/4 nearly 45% of total health spending in England and Wales went to the 16% of the population over 65.

At this point you may think I've completely lost the plot. Of course, you'll say, we protect the elderly, and the NHS. And of course most of its Budget gets spent on people at the very end of their lives. But that's what the welfare state is all about - not one generation stealing from another, but one generation doing for their elders what they hope their children will do for them.

All that is true. But, as Mr Willetts describes, the baby boomers have done rather more than that. They've fixed the system so that they get more money out than they are ever going to put in. He reckons the average member of this lucky generation will get 118% more in public benefits and services over the course of their lives than they have paid in taxes.

The key point is that a lot of the goodies that have been promised to the baby boomers (and the smaller postwar generation before them) will not be around for the generations that come after. So those young people are going to be paying more into the system than they take out. The longer that politicians wait to even the score, the greater the relative burden on the young.

The rise in house prices has tipped the balance even further the baby boomers' way - letting them consume more than other generations during their working lives and after they retire as well. To cap it all, they've presided over many years of government borrowing as well.

As Ray Barrell and Martin Weale from the NIESR point out in a fascinating article for the Oxford Review of Economic Policy [subscription required], this imposes a double burden on future generations: not only do they have to repay all that debt from their own income (future) income, but that income may itself be lower because by borrowing for current spending, the government used up national savings that could otherwise have been invested.

This isn't about the rights and wrongs or running a deficit in a recession - or when and how quickly to bring it down. It's a much longer term question: whether this government, or any future government, is going to begin to take up the cause of younger generations, many of whom could face a much bleaker future than the generation now starting to retire.

Future generations don't care if we have a bad few years. As long as the Mr Osborne isn't derailed by a weak economy and actually follows through on those deficit plans, they'll give him a B plus for borrowing less than Labour planned.

But for today's under-40s and those to come, you'd have to say the coalition government could do better. You can think about how while I'm on holiday.