Should the government worry that its Budget cuts fall disproportionately on women? 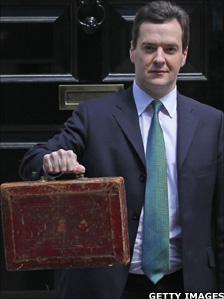 The Fawcett Society thinks so. This weekend it filed papers calling for a judicial review of Chancellor Osborne's Budget, on the grounds that the Treasury did not formally examine the impact of the Budget by gender before the chancellor stood up in the Commons.

Yvette Cooper, the former Work and Pensions Secretary, asked the House of Commons library to do a rough and ready gender audit covering £8bn of new benefit cuts or tax increases announced by the chancellor for 2014-15.

It suggests that 72% of the tax increases or benefit cuts included in the study will take money away from women, versus 28% for men.

The disparity comes largely, but not entirely, from the fact that child benefit is usually paid to mothers, and they are more likely than men to be the direct recipient of housing benefit or tax credits, or to live on a public sector pension.

You can quibble with the precise numbers: the £8bn represents less than half of the nearly £20bn in tax and benefit changes announced by Mr Osborne. And then there's the spending cuts to come on top of that figure.

However, the basic facts are that men pay more tax than women, and they are much less likely to work in the public sector.

Given that the lion's share of deficit cuts are going to be achieved through spending cuts - including a public sector pay freeze and massive job cuts - it seems highly plausible that a more comprehensive audit would show that women were going to hit much harder than men.

Early on, some worried that women would bear the brunt of that too. But the reality was that women came through it better than men. For example: since the recession began in the spring of 2007, the broader measure of unemployment has risen by just over 800,000.

Almost exactly two thirds of that increase has been through men joining the dole queue, and one third women. When you look at redundancies, the disparity is even greater.

Unfortunately, we don't have timely data on male and female earnings - just a bunch of averages. But between April 2008 and April 2009 - the latest available - gross hourly median pay (excluding overtime) for male full-time workers rose by 3.8%, whereas the figure for female full-timers was 4.3%.

Women's pay is likely to have held up better after that as well, for the same reason that they are now likely to be hit relatively hard by cuts: namely, that a lot more of them work in the public sector.

According to the Office for National Statistics, there are nearly twice as many women working in the public sector as men - 65% versus 35%. In the private sector, the positions are reversed: about 60% of the private sector workforce is male, and around 40% female. (These figures date from before the recession but they won't have changed dramatically.)

As I've mentioned many times in the past, because the government maintained public spending through the recession, pay and employment in the private sector has been hit much harder than the public sector, though the latest figures do show the balance is shifting, with employment starting to fall in the public sector, and private sector earnings now edging up (though not as fast as inflation).

Before you ask, I'm not saying that women "deserve what's coming to them" now in the form of deficit cuts. But if you are looking at the gender impact of policies, it does seem important to look at who benefited from spending on the way up - as well as who loses on the way down.

If you do that, I suspect you would get a more nuanced picture of the "fairness" of Mr Osborne's deficit cuts. There will still be gender disparities - after a long period of rising public expenditure to fund public services, it's inevitable that spending cuts will have a greater impact on the part of the population that rely on those services most heavily, which tends to be women with children.

But surely the gender disparities you'd worry most about would be the ones caused by women's relatively higher chance of living in poverty. Most people are less worried about middle class mothers losing child benefit than they are about poor families having nowhere to live.

Put it another way: you might start off worrying about the gender impact of the Budget, but you pretty soon come back to the bigger debate about the distribution of cuts by income. That debate will run and run, especially in this summer of haggling with the Treasury over how and where to cut.

Why? Because, whatever else the chancellor may have done, he has not yet proved he can break the spell that the baby boomer generation has held over UK economic policy and public spending for so long. I'll be talking about a "generational audit" of his Budget in my next post.