(Some of) the truth about public-sector pensions

Are public-sector pensions "unfair" and "unaffordable"? The deputy prime minister thinks so, and many private-sector workers, with little or no pension to look forward to, would probably agree. But most public-sector workers in line for these pensions probably think they are no more than they deserve. 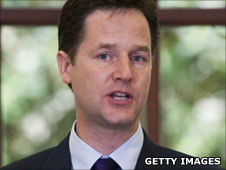 That may be because the members of these schemes have no idea what they are worth. But the same can be said of most of the public-sector employers paying into these schemes - and, apparently, Nick Clegg.

This is a horribly complicated subject. But it is also one in which understanding the problem has to be the first step to a solution. If Mr Clegg really wants to have a debate about this issue, there are a few things that he and everyone else needs to know. You might also call them home truths.

Home truth no 1: the rise in the "cost" of public-sector pensions, which so excited the deputy prime minister when it appeared in the OBR's report on Monday, has almost nothing to do with the "unfairness" - or their "unaffordability".

According to the National Audit Office, the two million-odd people receiving public-sector pensions from one of the four big schemes received £19.3bn in 2008-9. Employee contributions covered £4.4bn of that. The remaining £14.9bn was paid by the taxpayer: of which £12.5bn came from (public-sector) employer contributions and the remaining few billion coming from the Treasury.

The fact that the Treasury cost is due to more than double over the next five years tells you nothing about the future sustainability - or otherwise - of the system. All it tells you is that these are pay-as-you-go schemes: there is no pot of money paid in by workers in the past that can now be put toward paying their pensions.

The money for those payments comes from today's workers. If it turns out that there are more pensions to be paid than there are contributions, the Treasury has to cough up.

One reason why that £3.1bn number is going to go up so fast over the next few years is that there were a lot people who joined the public sector 30-40 years ago who are now retiring. So - pension payments are going up.

The other reason is that the Treasury doesn't think that total contributions by employees and employers are going to rise as they have in the past, because public-sector wages are going to be flat, and the number of people employed by the government is (surely) going to fall.

Mr Clegg said "we cannot ignore a spending area which will more than double within five years." If he wants to bring that figure down dramatically, the best advice to him might be to expand the public-sector workforce and massively increase their pay. In five years' time, public-sector pensions probably wouldn't "cost" the government anything at all. In fact, the Treasury might even be making a profit.

As it happens, this is what happened in the NHS over the past decade - pay and employment shot up. The result was that the "cost" of their pension scheme disappeared. In 2008-9, you might be surprised to hear that the NHS pension scheme ran a big surplus: it paid in £2.1bn more to the Treasury than it paid out.

Does that mean that we can leave the NHS out of this tough-minded review of the cost of public pension schemes? Of course the answer is no, because all of those new NHS employees are getting some big pension promises in return for those contributions, which sooner or later the Treasury is going to have to honour.

Which leads me to...

Home truth no 2: in counting the cost of public-sector pensions you can't just look at what's being paid out today - you have to look at the costs that are being built up for the future. That number is a much larger number, and there is almost nothing that Mr Clegg or anyone else can do to bring it down. Fortunately, it is a silly number.

In that same report, the OBR repeated the government's estimate of the net present value of future payments to public-sector pensioners - which stood at £770bn at the end of 2007-8. Those are the promises that the members of public-sector pension schemes have already built up. All the experts who've looked at this issue in the past - inside and outside the government - have concluded that those promises are untouchable. 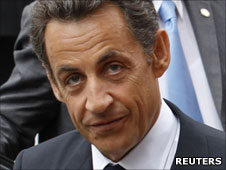 As the French president demonstrated today, when it comes to state pension benefits it's easy for governments to change the terms of the deal - and effectively renege on past promises. President Sarkozy has reduced the value of every French person's entitlement to a state pension - at a stroke - by raising the retirement age to 62. Margaret Thatcher did something even more dramatic when she decided to link the basic state pension to prices rather than earnings.

Governments can do that with benefit rules. They can't retrospectively re-write the terms of people's employment contracts - even if the employees work for them.

In Tuesday's panic over the OBR report, some newspapers breathlessly speculated that some public-sector pensions in payment might be cut. That will never happen. It would go straight to the European Court of Human Rights. In the view of most experts, so would any effort to renege on pension promises that have already been built up but are not yet being paid. Even where public-sector schemes have raised the retirement age from 60 to 65, they have usually done so in a way that maintains the value of the entitlement they have already built up, if they decide to retire at 60 after all.

Put it another way - that £770bn isn't going anywhere. It's a debt that the government will have to pay off over time. That's the bad news. The good news is that it doesn't have to pay out that £770bn any time soon. And, because it is a government, it has a capacity to manage that debt which the average company doesn't.

That is why even the £770bn isn't a good measure of the "cost" of public-sector pensions. You could calculate an even scarier number for the "cost" of future entitlement to free health care for every British citizen now living - or the "cost" of educating all our children.

There are two other - better - measures of the "cost" of public pensions.

The least scary is the annual cost of servicing these schemes, as a share of GDP. On reasonable assumptions about rising life expectancy and future growth in earnings and contributions, that is projected to rise from 1.7% of GDP today to 1.9% in 2018-19, before falling back to 1.7% by 2059-60.

That doesn't look so bad.

But - that number also assumes that the public-sector workforce remains unchanged, while the UK workforce grows by a fifth, meaning the public share of the workforce falls from 21% of the workforce today to 16% in 50 years' time. That is perfectly possible; after all, we are supposedly about to rethink what the public sector is all about. But, in an ageing society, it is unlikely to happen without that kind of radical reform.

In a report out in a few months, the NAO is going to look at how the running costs - as a share of national income - go up if you make different assumptions. It will be interesting to see what they say.

To respond to the first part of Nick Clegg's statement on Monday - that forecast for spending might give you a rough guide to the affordability of public-sector pensions. But it can't tell you whether they are fair.

No single number is going to decide that argument either way, but there is a number in the OBR report that might start that debate in the right place: that is their estimate of the "current service cost of public sector pensions", which they reckon was £26bn in 2007-8.

In effect, that tells you how much the discounted value of all those pensions has gone up in a single year - how many new promises to pay money in the future the Treasury has taken on in a single year. (This is all horribly complicated, but think of it as the cost of buying a long-term annuity to pay off the 1/60th or 1/80th of salary that each member of these schemes has clocked up that year for his future pension - which can never be taken back.)

You can debate whether £26bn is the right number. You'll be relieved to hear that I'm not going to share that debate with you right now. But assume it's in the right ballpark. What the OBR is saying is that every year we, as taxpayers, are giving the five million or so people who work in the public sector rock-solid guarantees of future pension payments which, on the open market, would cost them at least £26bn a year.

In exchange for those promises, the individuals themselves are contributing £4.4bn, and their (government) employers are contributing £12.6bn - meaning a net subsidy by the Treasury of at least £10bn a year. As I say, many would put the number a lot higher, because long-term interest rates today are so low; but let's not go there today.

Economists aren't big fans of hidden subsidies - especially when they are hidden even from the recipients themselves. Ask the average employee in the public sector how much his pension is worth, he or she is unlikely to say that it is worth another 30-40% of their gross salary. But that is almost certainly what it would cost a private-sector employer to offer a pension on the same terms.

As it happens, no private-sector employer would ever have to offer it, because the public-sector employee they are poaching doesn't realise the value of what they are giving up. But that is rather the point.

The long-term expenditure forecasts tells us we can "afford" to maintain this hidden subsidy to one-fifth of the workforce. The law tells us that we can't take back any of the promises that have already been made.

The debate of the coming months must be about the future: whether it's politically sustainable, at a time of shrinking pension provision for everyone else, for the Treasury to make the same promises to public-sectors workers for many years to come - and if so, who is going to pay?