A conspiracy of silence

They may disagree in public, but privately they couldn't agree more. On the single most important issue facing the country after this election, our politicians think it's better to keep us in the dark. 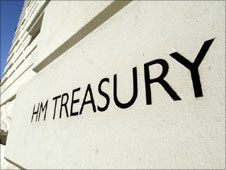 Ever since the disastrous state of the public finances became clear, the Institute for Fiscal Studies and other experts have been talking about the need to cut borrowing drastically after the election - and the kind of tax rises and spending cuts that might be involved. The politicians have obliged with talk about "tough choices" - the Conservative shadow chancellor talked about a coming "age of austerity".

But what, exactly does that mean? Which public services would need to go? How much would defence - or road-building, be squeezed? Which benefits would need to be cut or reined back? We don't know. More than halfway through this election campaign, the three largest parties have still given us only a small hint of what they would do.

Robert Chote, the IFS's director, hammered away at them, once again, this morning:

"Repairing the public finances will be the defining policy task of the next government. For the voters to be able to make an informed choice in this election, parties need to explain clearly how they would go about achieving it. Unfortunately, they have not. The opposition parties have not even set out their fiscal targets clearly. And all three are particularly vague on their plans for public spending. The blame for that lies primarily with the government for refusing to hold a spending review before the election."

The chancellor has said that it cannot do this until the autumn, because the outlook for the public finances is uncertain. But, says the report, "Uncertainty is a fact of fiscal life: any responsible government would face up to it, and seek to reduce it, not use it as something to hide behind."

In today's report, the IFS estimates that the Conservatives would plan to cut spending by £57bn a year, in today's money, by 2015-16. The Liberal Democrats would cut by £51bn by 2016-17, and Labour would need to find cuts amounting to £47bn by 2016-17. Given the protection that Labour and the Conservatives are offering to some departments, the cuts for other parts of spending would be even greater than these headline figures imply.

Under any of the parties, the years 2011-2015 would involve the "deepest sustained cut to spending on public services since 1976-80", when the UK was forced to borrow from the IMF. The Conservatives' plans, starting in 2010, "imply cuts to spending on public services that have not been delivered over any five-year period since the Second World War."

None of the parties has revealed more than a fraction of what this would involve. True, the IFS thinks the Liberal Democrats are "slightly less bad" than the other parties in the amount of detail they have provided to the voters. They have proposed detailed spending cuts amounting to about £12bn a year, more than the others. But even that is only about a quarter of the spending cuts they would need to make their numbers add up.

Labour has announced concrete cuts in public services amounting to £6.7bn, only just over a tenth of the spending cuts they would need to find. Whereas the Conservatives have detailed proposals that would cut spending by £11.3bn. And that sounds better than it is: remember that they are relying more on spending cuts to start off with. So £11.3 bn is less than one fifth (17.7%) of the total cuts they would need.

There are some other interesting nuggets in this report. The IFS confirms that tax increases over the next Parliament would be highest under Labour: in the region of £24bn, of which £17bn have already been announced.

The Conservatives would be looking for total tax increases of £14bn, including many of those proposed by Labour. But the pledge to avoid Labour's National Insurance rise, along with other Conservative promises, will probably mean the Tories would need to raise taxes by an extra £3.5bn over the Parliament. They have not indicated whether, or how, they would do this.

George Osborne's office have now responded to the report, saying that the IFS is underestimating what they would raise from the new levy on banks. They deny that they would need to raise taxes by more than Labour has already announced, though of course, they have never ruled that out.

The IFS is sceptical that the Tories will be able to achieve their aim of cutting spending by £4 for every £1 raised in extra tax. In the early 1990s, under the (then) Chancellor Ken Clarke, the ratio was 1:1.

That did not come after such a long period of rapid spending growth. It might be a little easier today. But, again, the Conservatives would make their case more credible if they showed more clearly where they expect the axe to fall.

Since last autumn I've been banging on about the welfare bill being a large area of potential savings that the parties had kept below the radar. The IFS has highlighted this point again today. It is difficult to believe that the next five years will see double-digit real terms cuts in the budgets of some departments, all so the structure of tax credits and benefits can remain more or less unchanged. But that is what the publicly stated policies of the three main parties basically imply.

Then again, a few months ago, it would have been difficult to believe that we would not have got to these crucial issues, three weeks into an election campaign.

Given the dramatic turnaround in the polls, it's no surprise that everyone wants to think about what will happen in the days after the election. But given the momentous decisions that the next government will have to take, it is a shock that there has been so little interest in what happens in the months and years after that.