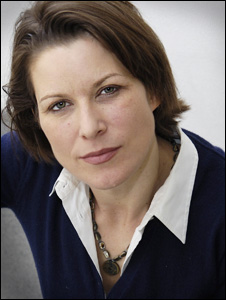 I've been a policy wonk as well as a journalist. From 1997 to 2001, I worked as a speechwriter and advisor to the US Treasury Secretary, Larry Summers, where I was involved in the management of the emerging market crises of the late '90s. (You could say they were a rehearsal for the crises of 2007-8.)

I've also worked as a reporter for the New York Times, and as principal editor of the UN's 2002 Human Development Report.

Before heading off to the US, I wrote leaders and economics columns for the FT, and worked as an economist at the Institute for Fiscal Studies and London Business School.

My father was Michael Flanders, of the 1950s and '60s musical comedy duo, Flanders and Swann; you can listen below to a programme I made about him for Radio 4's The Archive Hour in June 2007. But I don't plan to end any of my reports with a rendition of I'm A Gnu.

I live with my partner in west London, with our son Stanley and our daughter Claudia. She is a child of the credit crunch.