Is India sliding into a hereditary monarchy? 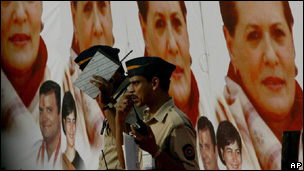 Is India sliding into a pseudo monarchy of sorts? In his splendid new book, India: A Portrait, historian Patrick French dredges up some startling data on the stranglehold of family and lineage on Indian politics.

The research finds that though less than a third of India's parliamentarians had a hereditary connection, things get worse with the younger MPs. Consider this:

Interestingly, for MPs over 50, the proportion with a father or relative in politics was a rather modest 17.9%. But when you looked at those aged 50 or under, this increased by more than two and a half times to nearly half, or 47.2%.

Also most of the younger hereditary MPs - and ministers - have not made a mark and sometimes have been shockingly conservative in their actions. A young MP from feudal Haryana, for example, was seen to be cosying up to extra-constitutional village councils in the state which were punishing couples for marrying outside their caste and clan.

"If the trend continued," concludes French, "it was possible that most members of the Indian Parliament would be there by heredity alone, and the nation would be back to where it had started before the freedom struggle, with rule by a hereditary monarch and assorted Indian princelings." He also worries the next Lok Sabha will be a "house of dynasts".

Most agree that growing nepotistic and lineage-based power in the world's largest democracy is a matter of concern. "The idea of India," political scientist Mahesh Rangarajan told me, "is rent apart by these two contradictory impulses."

But nepotism is a part of India life; and politics mirrors society. Power, wealth, land and status have hinged to a large extent on who your parents were, what they owned and where they stood in society. Most Indian businesses continue to be owned and run by families though the new economy is throwing up more first generation entrepreneurs. Bollywood, India's thriving film industry, is dominated by sons and daughters of famous actors and producers. Three members of one family - Nehru-Gandhi - have held the post of prime minister. If the Congress party wins the next elections and PM Manmohan Singh steps down, there is a likelihood of the dynast Rahul Gandhi becoming India's next prime minister. (It is no surprise that 37% of the MPs - 78 of 208 - in Congress are hereditary compared to only 19% hereditary MPs - 22 of the 116 - in the main opposition BJP.)

Despite French's troubling data, all may not be lost. "Please remember," Dr Rangarajan told me, "the MPs have lineage as a huge plus, but the posts are not hereditary." In other words, if they fail to deliver, they will be voted out of power. Merit triumphed over dynasty in the recent elections in dirt-poor Bihar. So though lineage remains a key factor in politics, remind analysts, it can only give a headstart, and nothing more. Thank democracy for that.